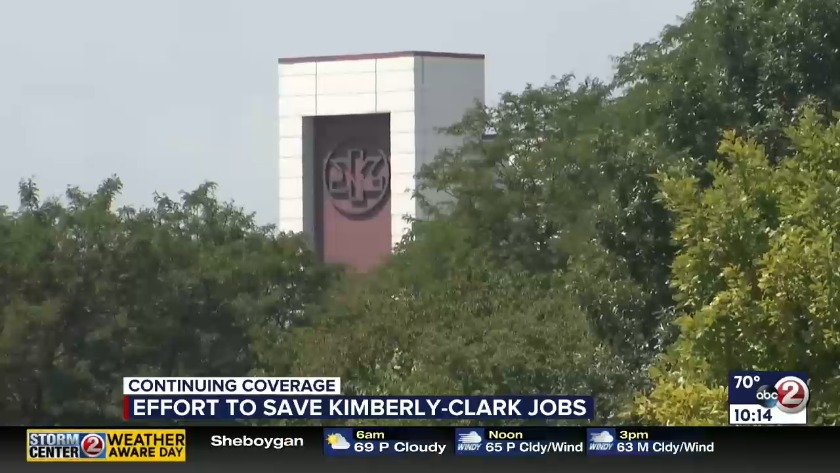 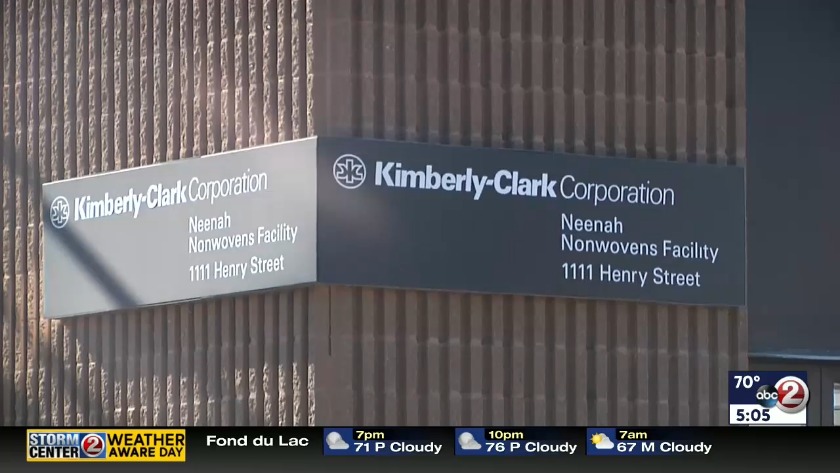 APPLETON, Wis. (WBAY) - Gov. Scott Walker continues to push state senators to vote on an incentives package in hopes of keeping Kimberly-Clark in the Fox Valley.

The company has given the state a deadline of September 30 to decide, as it makes plans to close the Cold Springs and non-wovens facilities. About 600 workers are employed between the two plants.

Kimberly-Clark announced plans to close them back in January.

The state Assembly passed a bill offering Kimberly-Clark incentives worth $100 million, but the package stalled in the Senate, which is on break until January.

The governor says his goal is to persuade the Senate to vote on the package for Kimberly-Clark before the end of the month.

But if that doesn't happen, he still has plans to work on keeping the company here if it's still possible after the November election.

Right now the governor is encouraging every state senator to tour the plant in Fox Crossing and meet with company executives.

He says the company told him it was firm on its September 30 deadline and making a decision shortly thereafter.

Many senators, both Republican and Democrat, have been silent, not wanting to take questions or take a public stance on this issue.

The governor admits the upcoming election factors into all this.

"I want to get as many lawmakers as we can. I think it would be easier if it was post-November because then politics would be less of an issue, but I'm not assigning blame by party. We've got to save these jobs. If September 30th is truly their line in the sand, then we have to figure out a way to solve it," Gov. Walker said.

The Fox Cities Chamber of Commerce released a statement Thursday calling on Kimberly-Clark to extend its deadline. It said the closure would cost the area "$106 million in annual lost payroll and the loss of a total 1,440 direct, indirect and induced jobs."

On Thursday night a panel discussion was held on the state of the paper industry in Appleton at the Paper Discovery Center.

Members of the Wisconsin Paper Council were present but did not wish to comment on the Kimberly-Clark bill.

However, two members of the Assembly who participated on the panel did speak to Action 2 News.

"I really hate to see them put in a situation where they're on a timeline. When we do things and we're pushed to do them to quickly sometimes it doesn't get done right," said Rep. Dave Murphy, a Republican from the Town of Greenville.

Rep. Katrina Shankland, a Democrat from Stevens Point, singled out Republican leadership in the Senate. "The state Assembly passed this legislation on February 28th, I believe; it was the end of February, and the Senate hasn't acted. That's on Senator Fitzgerald, it's on Senator Roth, it's on all the other Senate Republicans who really at any point could have called an extraordinary session and did it."

The governor says he will continue to seek out an extension of the September 30th deadline, regardless of what the Senate decides. .

"If they have some flexibility to get beyond that to me, I don't think a few more weeks is too much to ask for when you're talking about hundreds of jobs and families impacted by that," said Walker.