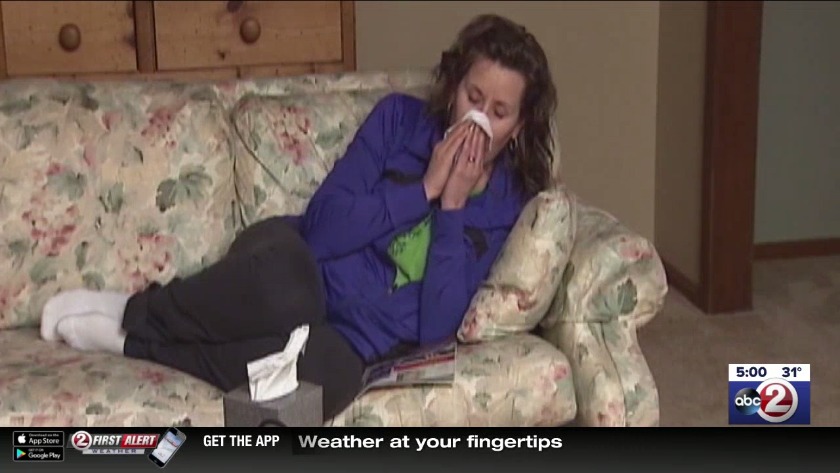 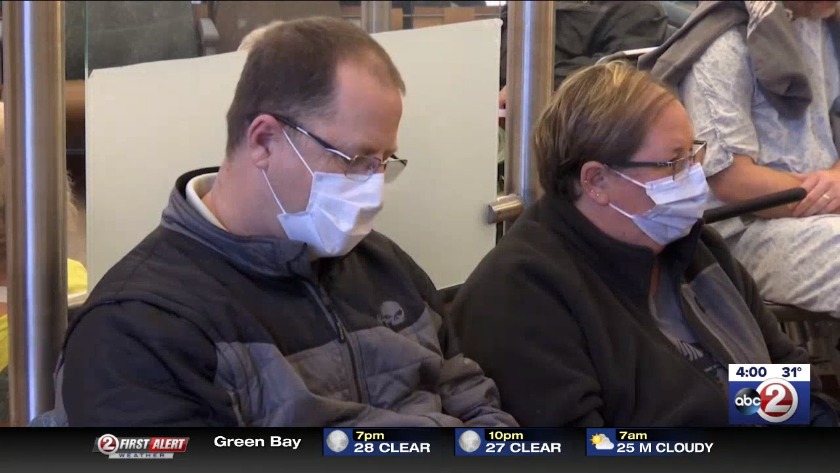 GREEN BAY, Wis. (WBAY) - Clinics and hospitals across Northeast Wisconsin say they are being flooded by patients with illnesses that are very contagious.

The illnesses include stomach bugs, respiratory viruses, influenza and pneumonia. Symptoms include cough, congestion, fever, aches and that miserable feeling.

Uvaas says this holiday week has been the busiest she can remember.

"We've only been open for a couple of hours and seen a couple dozen patients already," says Uvaas.

There's been a spike in influenza. The UW-Lab of Hygiene classifies influenza activity as regional and increasing in Wisconsin.

These illnesses started earlier than usual. Uvaas says people opted to go to their Christmas and holiday gatherings instead of staying home to rest. That's helping the illnesses spread quickly.

Uvaas says antibiotics won't work for most of these illnesses.

The bugs are lingering.

"You can expect a typical length of a virus to last anywhere from five-to-10 days," says Uvaas. "What I will say is the worst of it tends to be somewhere around day three, four, five."

There's a point when you should see a doctor of physician assistant.

"The biggest thing I would watch out for is persistent fever," says Uvaas. "So if you have a fever that's lasting day after day for a number of days, I would say over five days, or if, with your nasty cough, you start to feel chest pain or you're very short of breath or you develop a noisy breathing, something like that, those symptoms would warrant you to come in and have us take a look."

Uvaas says it is too early to say whether the flu shot is effective this year. The PA did tell us that nearly all of her patients with confirmed cases did not get the flu shot.

"Many things are viral and will eventually run their course with simple at-home cares," say Uvaas.

More than 100 people have been hospitalized for the flu this week in Wisconsin, according to the state Department of Health Services. That brings the total of hospitalizations in Wisconsin to over 300.

Uvaas is also seeing cases of pneumonia and strep throat. Those illnesses will require an antibiotic.

Bellin Health tells us they've seen an uptick of staff sick with the stomach bug that's going around.

The flu shot prevents or lessens symptoms of influenza. It's not for the stomach bug or other viruses.

You can help stop the spread by washing your hands and covering your cough. Stay home from work if you're sick.