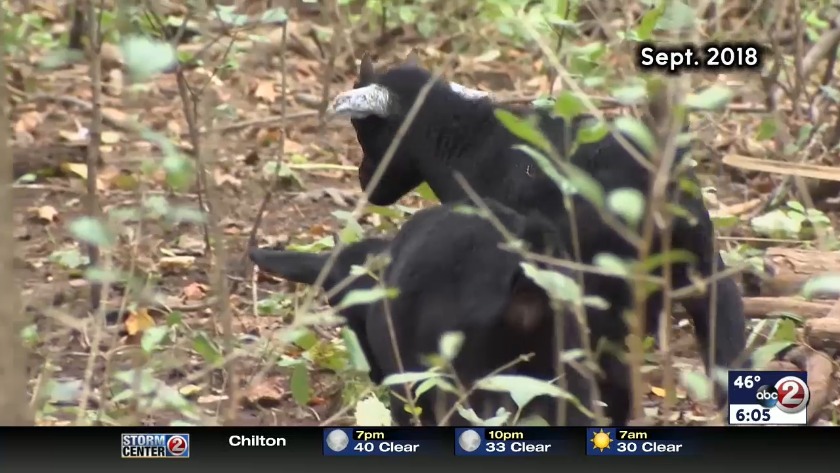 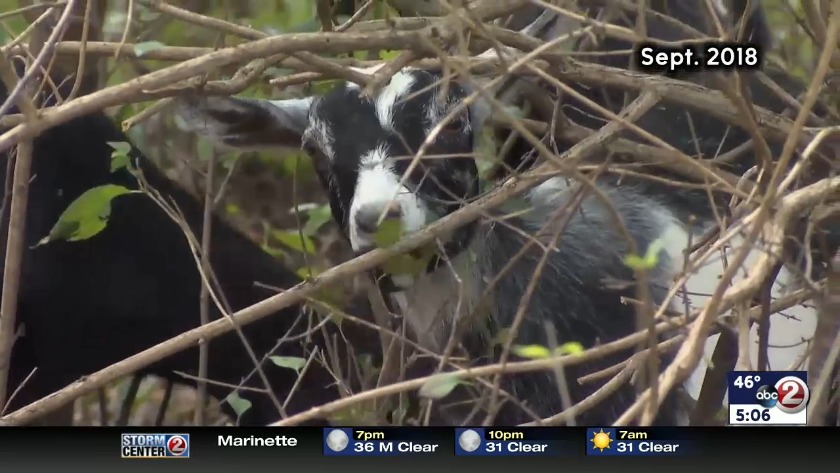 VIDEO: Goats cleaned up at 1000 Islands

KAUKAUNA, Wis. (WBAY) - Back in September, a gang of goats was loaned to the Thousand Islands Environmental Center in Kaukauna by Mulberry Lane Farm. The center wanted to try a natural approach to thin out several invasive species.

The goats are gone from Thousand Islands Environmental Center, but the Kaukuana High School environmental science students are back for the next phase of their study.

"We're out here doing plant analysis for the goat project out here at Thousand Islands and just collecting data of how the Buckthorn and the Money Wheat and the poison ivy has been eaten by the goats," says senior, Lydia Albrecht.

When the goats were introduced to the half acre plot of land, as part of the study last month, invasive plants had taken over.

According to Debbie Nowak with the environmental center, "I would say a good 90-plus percent of our vegetation right in this area is invasive species."

But over 12 days, the team of nine goats, including six adult females and three kids, ate their way through the property.

Nowak adds, "Anything that was in reach was pretty much defoliated, so they did an awesome job. They ate a lot."

The goats helped to rid the grounds of the invasive plants, more so than anyone really expected.

Kailey Bath is another Kaukauna student working on the project. She said, "I think it's pretty cool to see how much the goats browsed. I don't know if I was actually expecting that much change, but it's pretty cool what the goats did for invasive species."

The students expect to take about a week to analyze their data and then they'll hand it back over to Thousand Islands, which will determine what to do next with the goat project.

Nowak adds, "But hopefully if we can bring the goats back in the springtime and do a second browsing, we really want to repeat this effort multiple times in order to really knock out those invasives."

Too early for spring bloom? Not necessarily

Too early for spring bloom? Not necessarily