Genrich defeats Buckley to be next mayor of Green Bay 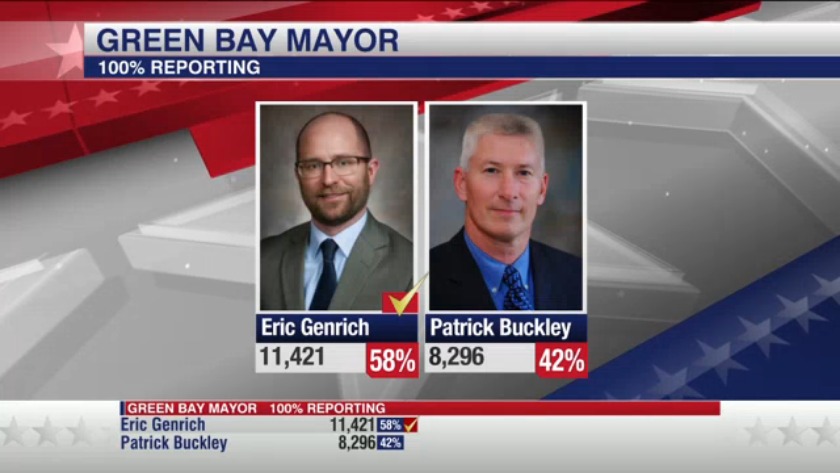 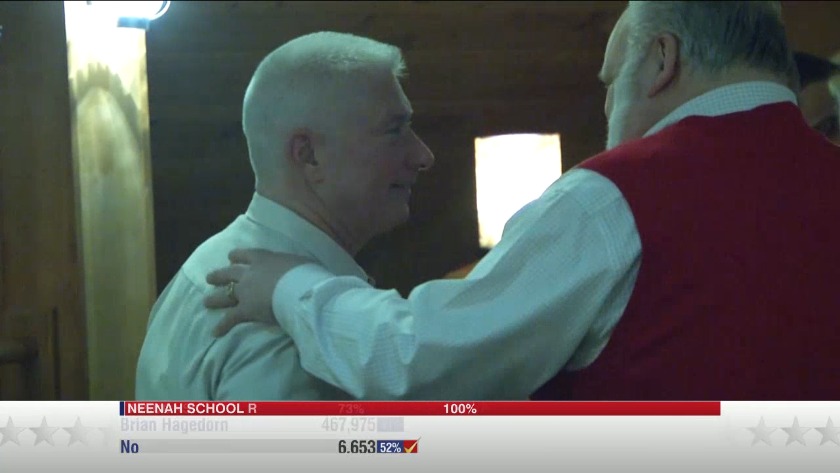 GREEN BAY, Wis. (WBAY) - Eric Genrich is the winner of the Green Bay mayoral race with 58 percent of the vote. The former state representative defeated Brown County Supervisor Patrick Buckley by a vote of 11,421 to 8,296.

Hundreds came to support Genrich on election night. The mayor-elect says he felt thankful and overwhelmed after hearing the results.

"Just so appreciative of the demonstration of support that our candidacy received tonight, but also want to make sure to thank Pat Buckley for stepping up and running. I also talked to Mayor Schmitt tonight. Obviously want to thank him and his family for 16 years of service to the City of Green Bay," Genrich said.

Genrich says he's optimistic about where the city of Green Bay stands and hopes to focus his time as mayor on improving the city's infrastructure and growing the economy.

"I was really proud of the fact that we kept things positive from my campaign's perspective," Genrich said. "We talked about our vision for the city, which obviously includes investing in our infrastructure and fixing our roads, continuing to grow our economy in an inclusive way, and then just doing all the city's business in a really civil and decent manner."

Election watchers at Pat Buckley's party were understandably disappointed by the outcome.

"Obviously we would have liked to see different results, but when we look at it, I thought it was a good race. This is basically the third or fourth run Eric's had at the area, being a state legislator and now running for this, so I'm real happy how we ended. Again, had we have liked to win? Yes, we'd have liked to have won, but votes weren't with us tonight," Buckley said.

Buckley said he plans to keep his focus on the Brown County Board from here on out.

Genrich will likely be sworn into office on Monday, April 15, and have his first day officially as mayor the following day.