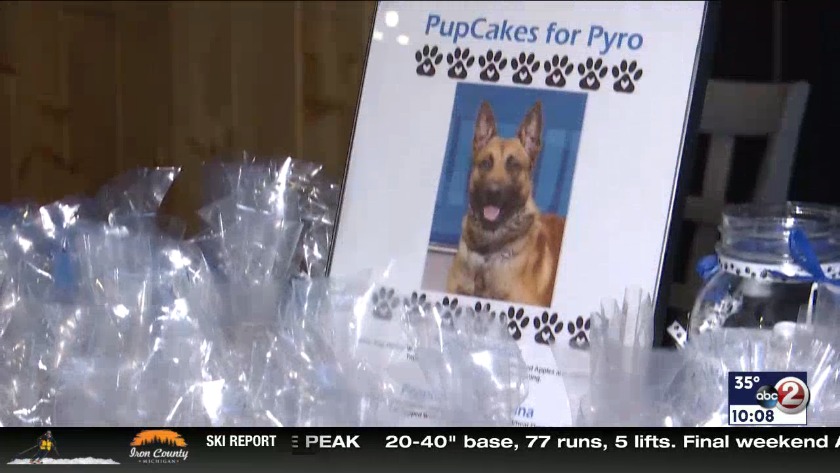 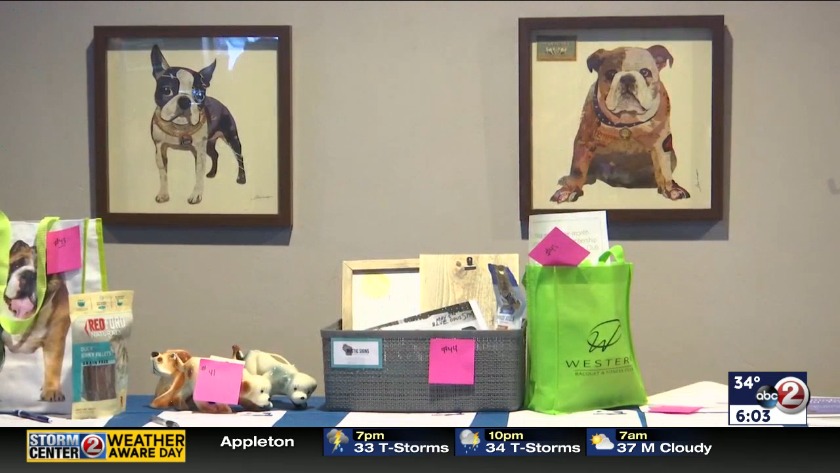 SUAMICO, Wis. (WBAY) - A "Team Pyro Fundraiser" was held Thursday night in Suamico to benefit the Green Bay police K-9 that was stabbed in the neck while taking down a suspect last Sunday.

The cost of surgery and round-the-clock care is in the thousands of dollars.

The benefit held at Bark & Brew is to help cover the costs of long-term care.

Many people who came out said they were supporting Pyro's recovery but also wanted to rally around the Green Bay Police Department.

The fundraiser was organized by the Bark N' Blue Foundation, a non-profit organization helping active K-9 units in Brown County.

She says because Pyro's throat is swollen, he may need to be on a special diet for some time.

The total for his surgery, transport and hospital care is still adding up, but Heil says those bills will be covered by the foundation.

"Anyone who thinks there's bad in this world should come sit next to m,e because the good that I have seen in peoples' hearts this week is over the moon. We appreciate everything that our police officers do, and this is their way to give back to them," she said.