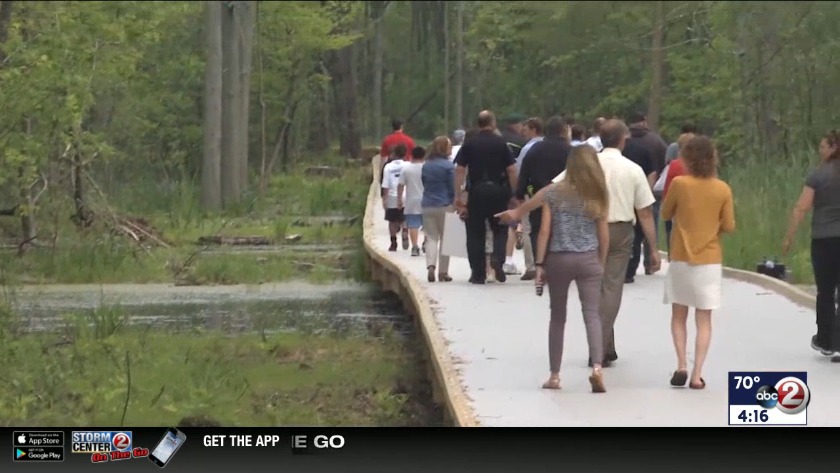 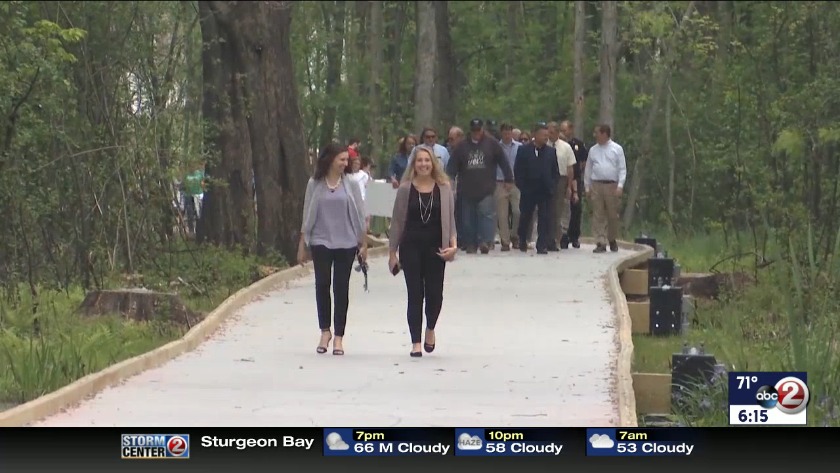 MENASHA, Wis (WBAY) - The recreational trail system in the Fox Cities continues to grow. The latest section connects Mnasha with the Cit of Appleton.

Children cut the ceremonial ribbon to open the Province Terrace Trail in Menasha on Tuesday.

With a little bit of help from local children, Menasha Mayor Don Merkes officially opened the Province Terrace Trail on Tuesday. The 3,000 foot section of raised boardwalk and paved trail is just the latest addition to a growing system in the Fox Cities.

According to Merkes, "We see about 350,000 people a year use the Trestle Trail, and that's the Loop the Lake system that people have been talking about. This is a connection and off-shoot of that will now connect what's called the Paper Trail into that system."

The trail, in a TIF district, was also funded with grant money from the Fox Cities Convention and Visitors Bureau and the Community Foundation. Running from the intersection of Plank Road and Oneida Street, ,to the east and north, it goes through the 60-acre Menasha conservancy to the intersection of Nature's Way and Province Terrace.

"This connects the east and west sides of Menasha, most importantly. This was always this disconnect, if you lived on the east side of Oneida Street you couldn't get to Menasha, so this gives you that safe passage that kids, adults and others can use, enjoy, and get between those two parts of town," adds Merkes.

It's already a hit with those out enjoying it.

Cindy Lundquist of Hortonville, who was biking the trail with her husband says, "I love it, because we don't have to go on the road at all from my dad's house to here. This is awesome!"

Not only is this trail a safe way for the community to stay active, but it's also a large draw for the tourism industry."