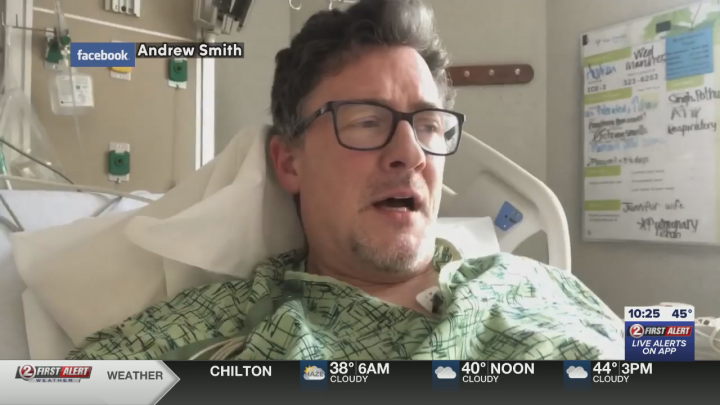 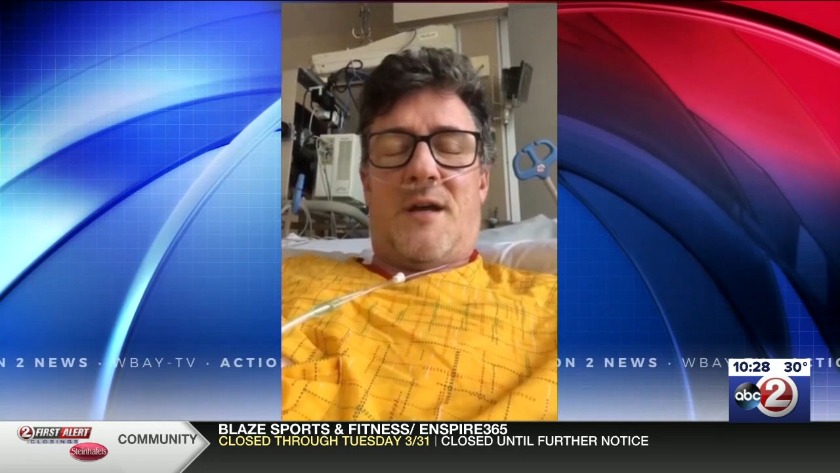 (WBAY) - ***UPDATED on Thursday, March 26 at 4 p.m.***
Drew Smith posted an update on Thursday afternoon on Facebook. He has been released from the hospital.

Former FOX 11 sportscaster Drew Smith posts an update from his hospital bed on his battle with COVID-19 on Wednesday.

He says his lungs and liver improved enough that he could be released. He was sent home with oxygen to help his breathing at night.

He says he's "certainly turned a corner" but it will take weeks or months to fully recover. He said his doctors are "cautiously optimistic."

***UPDATED on Wednesday, March 25 at 3 p.m. ***
Former FOX 11 sportscaster Drew Smith posted an update to his Facebook on Wednesday afternoon.

Smith said, "Things are looking up. We're not at the finish line yet but they are getting better."

Smith, now a professor at Kansas State has been battling COVID-19 in a hospital in Kansas since March 21.

He said he's "cautiously optimistic." Smith had to be assisted by an oxygen tank but has since improved and is not off of it.

"The pneumonia has started to recede which is a nice victory of sorts. We are not really talking ‘beating and winning and victory,’ really. We are trying to get an even playing field and maybe mount a little bit of a lead but starting to get the pneumonia under control is a big deal. The fevers are still coming in and out but with the pneumonia starting to be under control the tightness in the chest is not quite as severe," Smith said in his Facebook video.

Smith is hopeful he will be released from the intensive care unit soon and be able to return to isolation at his home with his family.

“I’ve had so many well wishes. So many prayers and so many thoughts and notes. I’ve read so many of them. Thank you so much for your outpouring of concern and love. It’s just been overwhelming for me and my family," Smith said.

Smith was recently overseas on a trip with students. When he returned home, he was diagnosed with COVID-19 and pneumonia.

Smith posted this update on March 22.

"First I want to tell everybody thank you so much for the all of the outpouring of concern and love," says Smith. "Fear and anxiety is real. And it's OK to feel it. But don't let it dominate you. I am fighting hard. The prognosis is ongoing. The goal is to get myself out of intensive care and when that happens, move on to the next step."

Action 2 News and Action 2 Sports wish the best for Drew on his road to recovery.