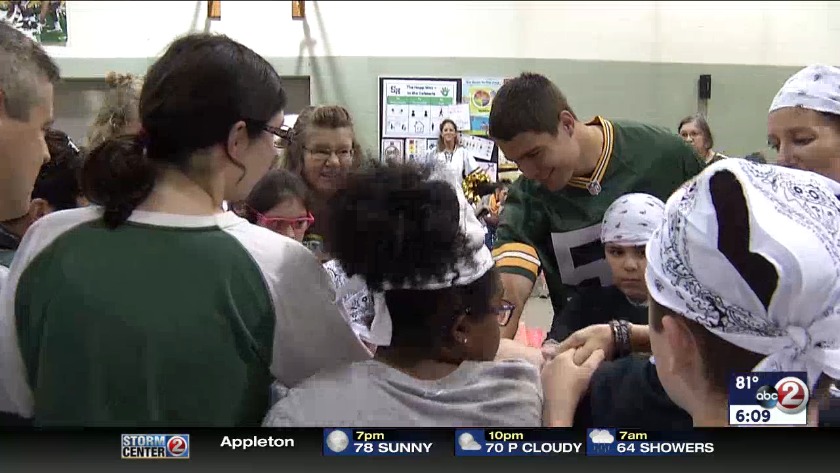 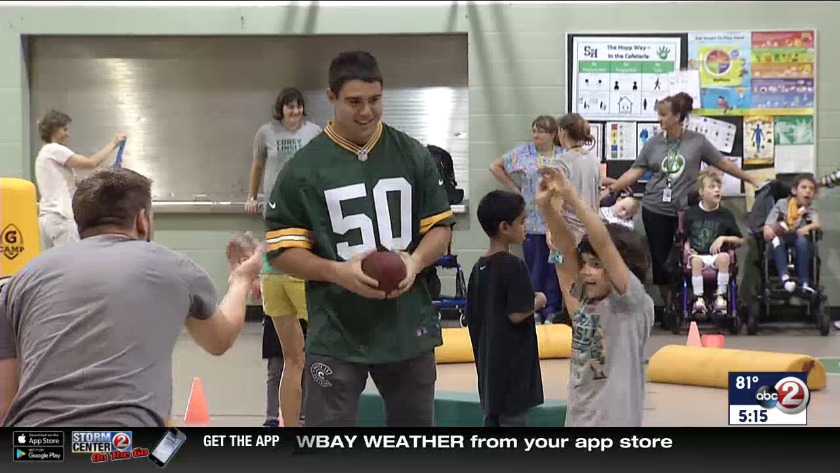 DE PERE, Wis. (WBAY) - Some Packers players are using their time off the field to give back to the community.

About 180 kids partcipated in activites during two different sessions that included a relay race, kicking a ball, throwing a pass, leaping for a catch, and diving for a touchdown.

Martinez, a Packers linebacker, said, "Their enthusiasm and their happiness no matter what situation they're in, they're out there having fun, having a great time and it's awesome to see."

It was part of the NFL's Play 60 Program which aims to combat childhood obesity encouraging kids to live an active lifestyle both inside and outside of school.