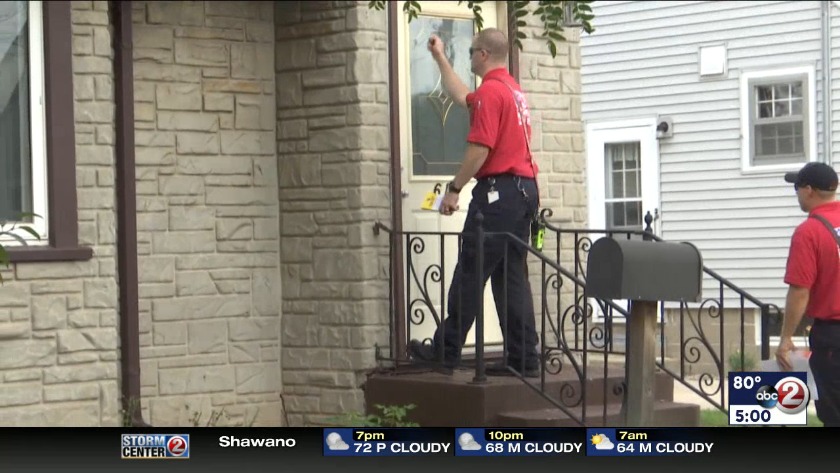 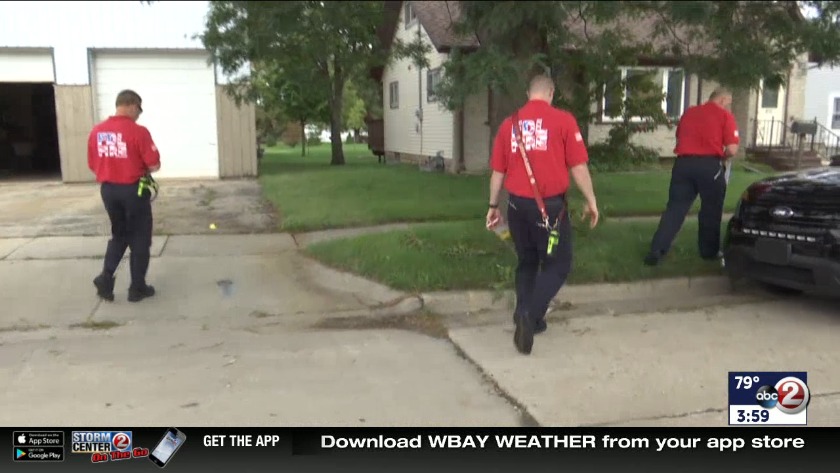 "What we traditionally do after we've had a fire is we have a neighborhood canvass," said Fire Chief Peter O'Leary with Fond du Lac Fire/Rescue. "It's an opportunity for us to saturate a neighborhood with people who are no doubt familiar that there was a fire in the neighborhood."

"Fire doesn't discriminate. We could have a fire anywhere, so we like that opportunity," said O'Leary.

Action 2 News followed along with the firefighters as they traveled from house to house. Few homeowners took time to answer the door, and just one person let the firefighters inside for a safety inspection, a service they offer free of charge.

"Maybe look around and make sure their smoke alarms are working, make sure they have batteries for the smoke alarms, if they have any other hazards that they are concerned about,and walk through with them and tell them some things, help them with fire escape planning," said O'Leary.

The firefighters left behind a door hanger for homeowners they did not get a chance to speak with in person. Written in both Spanish and English, the hangers listed a number fire prevention tips and the phone number for Fond du Lac Fire/Rescue.

"Our goal is to create an atmosphere where they're safe, and they feel safer when they have their loved ones when they go to bed at night," said O'Leary.

Fond du Lac Fire/Rescue has received a high number of calls since the house fire from people with questions about or hoping to get smoke detectors.

Firefighters still have questions about those devices inside of the home under investigation at the time of the fire, especially on the second floor where three people died.

"We did hear one on the first floor. The resident who got out said his alarm was working, and we heard one in the basement," said O'Leary. "Our assumption has to be that it was working, but we may never know."

The fire chief urges all homeowners to take fire prevention seriously as he calls fire a danger that does not discriminate.