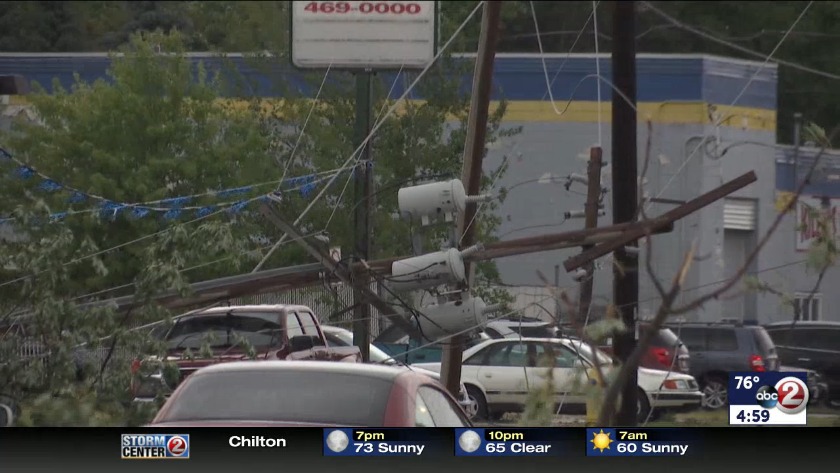 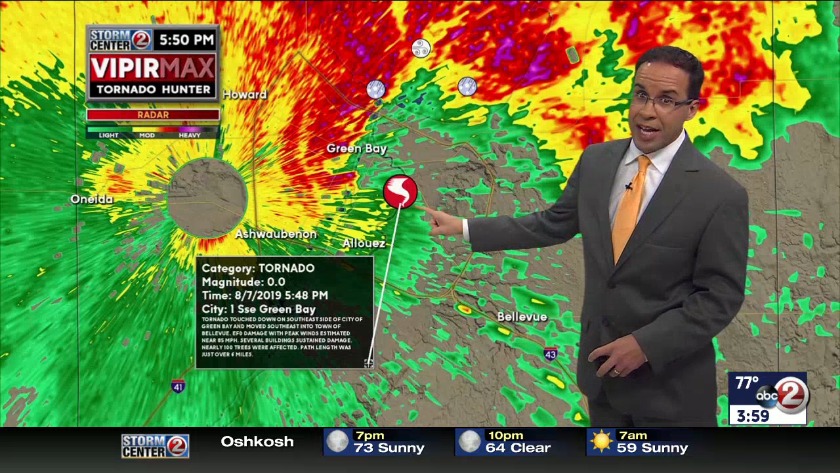 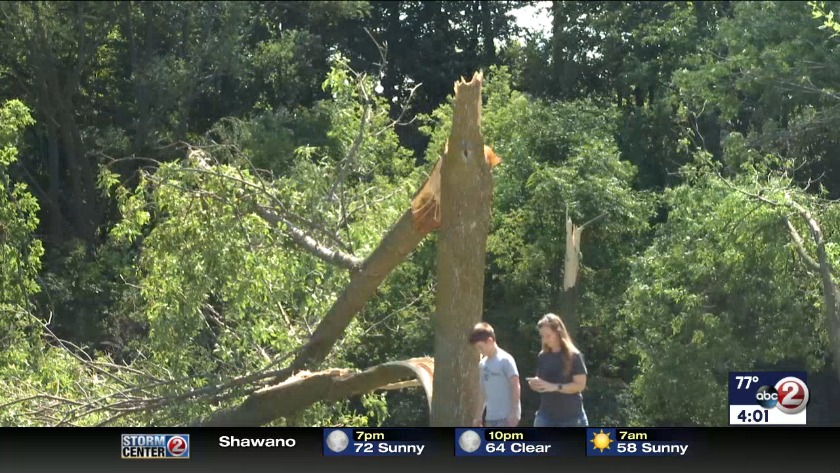 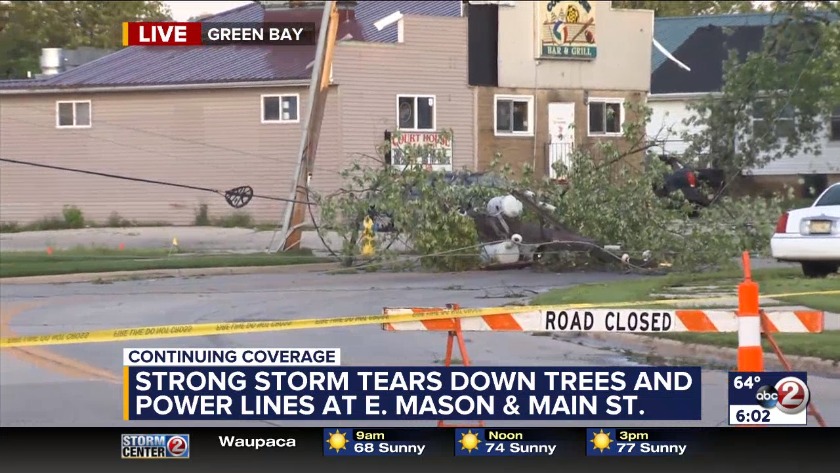 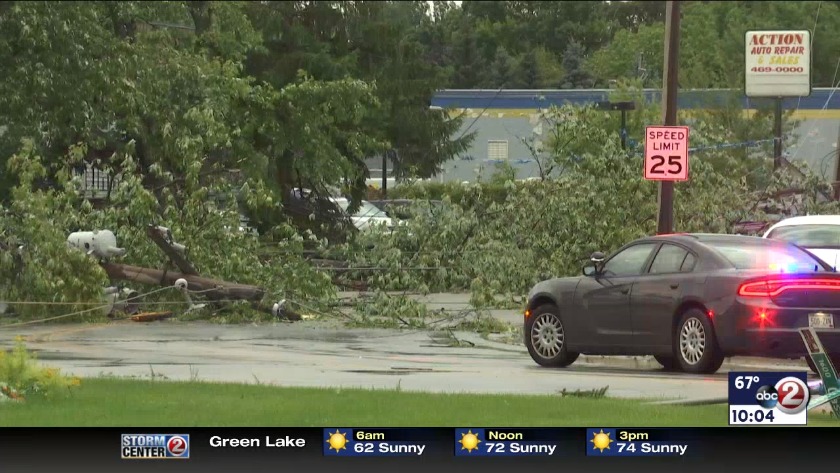 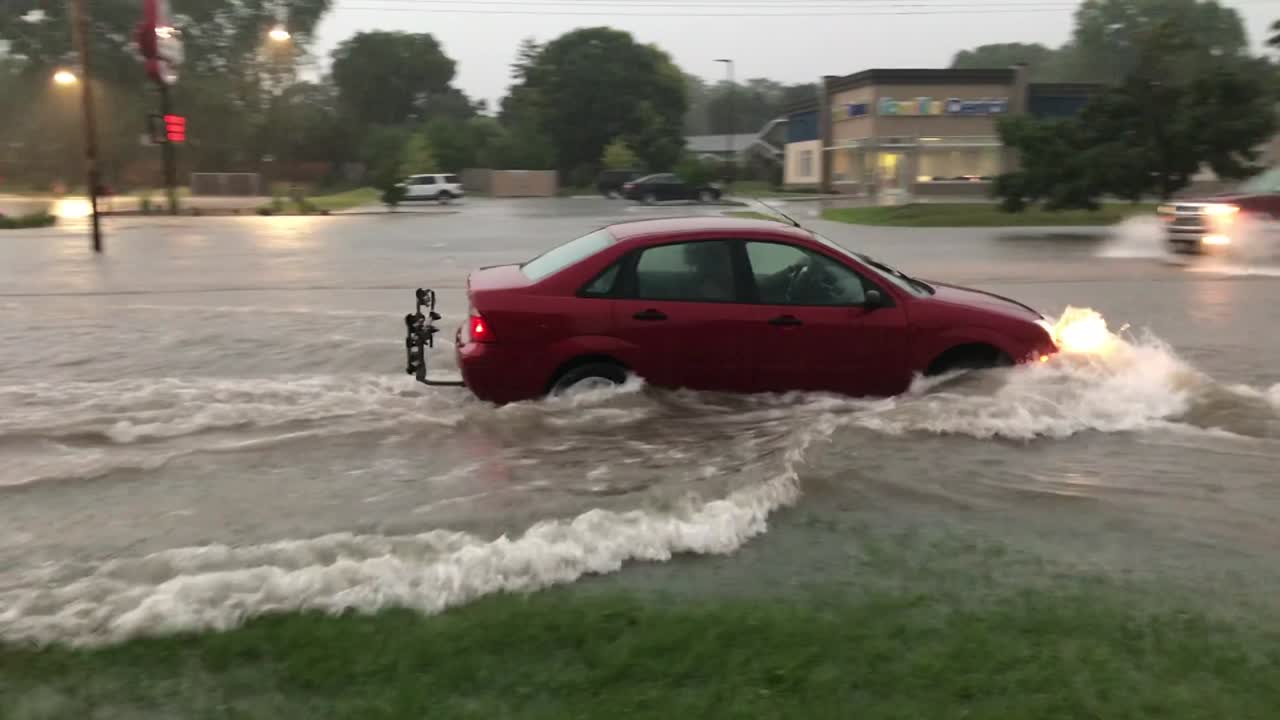 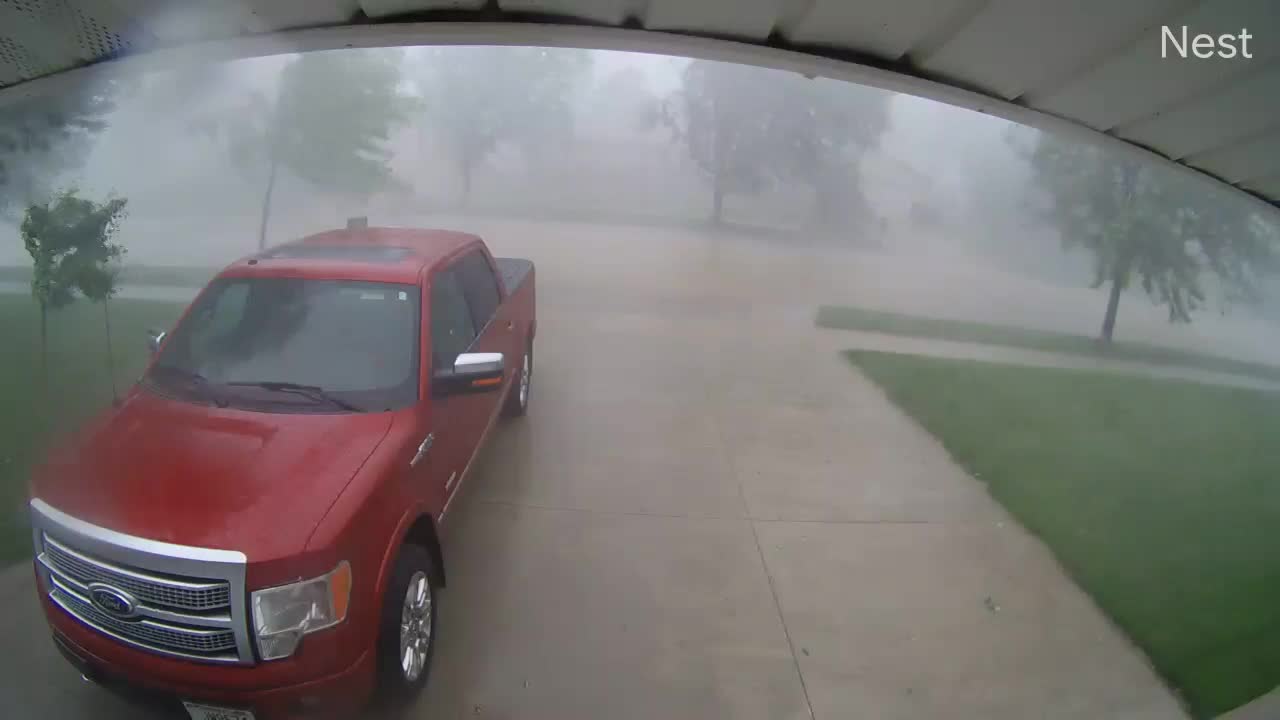 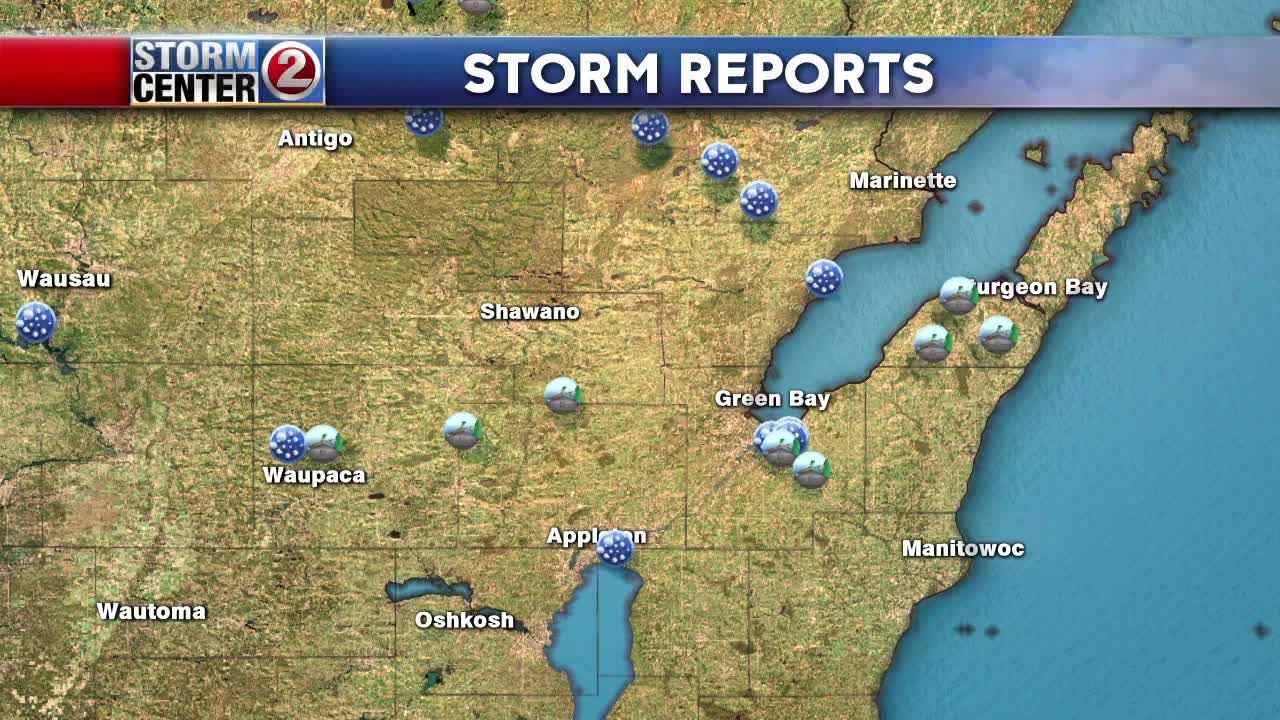 GREEN BAY, Wis. (WBAY) - The National Weather Service has confirmed a tornado touched down on the southeast side of Green Bay Wednesday evening.

The EF-0 rated tornado moved southeast into the Village of Bellevue, according to NWS. The tornado started at 5:48 p.m. and ended at 5:57 p.m.

Peak winds were estimated near 85 miles per hour. CLICK HERE for more information on the storm.

There are no reports of injuries or deaths.

Demonstrating how narrowly focused the twister was, there are only two houses on Carnation Drive in Bellevue. One house looks almost untouched by Wednesday's storm. Across the street there are toppled trees which once stood 40, 50, 60 feet tall.

NWS meteorologist Jeff Last says the last tornado to hit the area was Sept. 13, 2005. Last surveyed the damage in Green Bay Thursday to help the agency make the tornado determination.

Thousands of utility customers lost power. Buildings were damaged. About 100 trees sustained some type of damage.

One tree had all of its branches snapped off and carried away by the wind. There are visible marks in the dirt where the wind dragged branches across the ground, with wooden shards shoved into the ground, splinters of the larger debris.

"I was coming back from my drum recital, and I come down to the greenhouse and look out the window to see water down here everywhere, and I just see branches everywhere, trees just knocked over," said Christian Nelson, who was looking at the damage on his grandparents' property.

This latest in a strong of confirmed tornadoes across Northeast Wisconsin puts this summer above-average for a severe storm season, and the threat isn't over yet.

"Here in Northeast Wisconsin, we can get severe storms well into September, even October," Last said, "so it's important that people keep an eye on the forecast for the rest of the summer."

It was a one-two punch of powerful, fast-moving storms crossed Northeast Wisconsin Wednesday afternoon and evening, knocking down trees and knocking out power.

A member of the Fond du Lac County Sheriff's Office reported a funnel cloud near Ripon at 8:25 Wednesday night, triggering a tornado warning for Fond du Lac and Sheboygan counties.

Wednesday night, police and fire departments advised drivers to avoid the area East Mason Street near Cass Street. Witnesses reported trees down for a two- to four-block radius. The business sign outside Timsan's Japanese Steakhouse was destroyed, and police cars blocked off where power lines were down and a utility pole snapped. Police urge drivers to use Main Street instead.

People who were enjoying a meal at Happy Joe's Pizza, across the street from Timsan's, told us how they were alerted to the storm.

"All of a sudden I hear her scream 'Oh my god, oh my god' and came inside," Nakita Damp of Green Bay described, "and the lights, the power went out like, soon after."

"She yelled, 'Get down!' so we all got down, and we looked out the window and we saw a swirl of branches and debris. You can see behind us the wreckage," Brian Hurlbut said.

"We've been in business here 33 years, my husband and I, and never anything like this. I mean, we've had little things but nothing... this... this is scary. I'm just happy everybody was safe," restaurant owner Terri Hanold said.

Shortly after 10 p.m., Wisconsin Public Service reported 10,000 homes and businesses without power, including 5,700 in Green Bay. The outages peaked at 14,000 customers.

Wisconsin Public Service says crews have "made good progress" in repairing outages. On Thursday morning, about 350 customers remained without service. Utility crews have been dealing with broken poles, downed wires and trees. They expect to restore all power by late Thursday afternoon.

Hail the size of golf balls fell near Coleman, the National Weather Service reported. One-inch hail, the size of a quarter, fell in Appleton and north of the University of Wisconsin-Green Bay, and so much hail in a backyard in Lakewood that it looked like snow.

A 71 mile per hour wind gust was recorded in Oshkosh just before 8 p.m.

Flooding was another danger of the storm. Law enforcement reported flooding from Luxemburg to Algoma, and we witnessed street flooding where storm drains were overwhelmed by downpours. Authorities reported most of the flooding in Algoma subsided by 10 p.m.

People are reminded not to come near any downed power lines because they might still be energized and don't try to drive through flooded streets.

It's official... National Weather Service storm survey determined a #TORNADO did cause the damage on the southeast side of Green Bay. The last time a tornado struck Green Bay was back on September 13th, 2005.#wiwx #WBAY #StormCenter2 #WeTrackStorms pic.twitter.com/Zqc0lPDQn4

Getting ready to survey damage on Green Bay’s east side. Last tornado to hit area was Sept 13, 2005. #wiwx