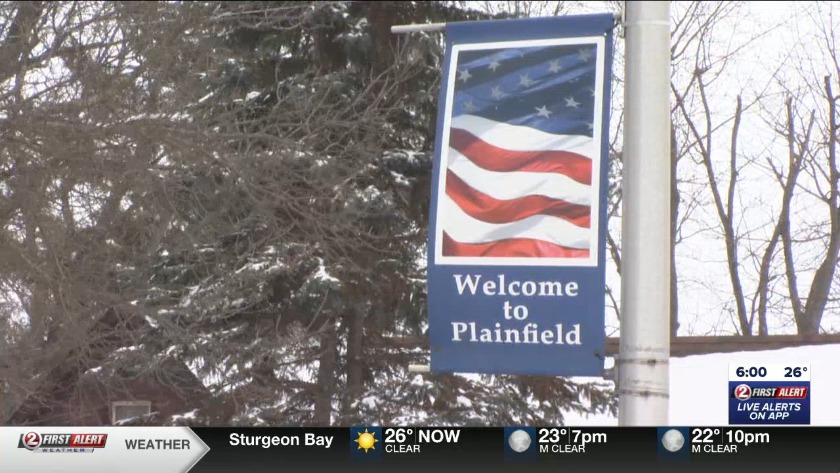 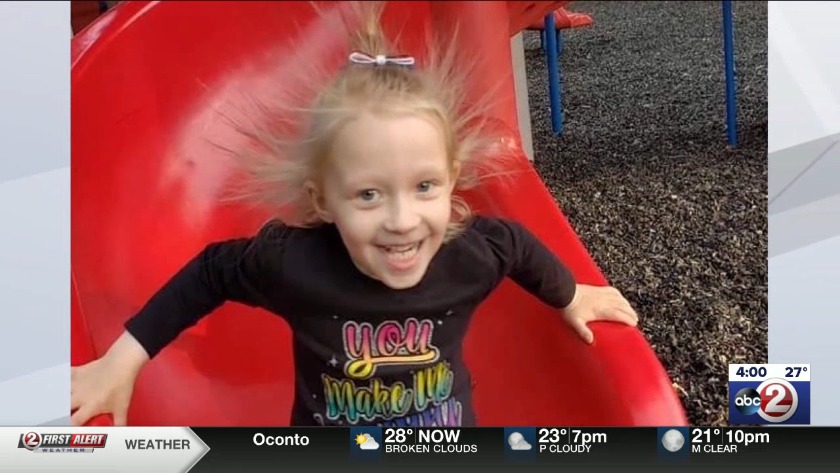 PLAINFIELD, Wis. (WBAY) - The community of Plainfield continues to cope with the loss of the young girl hit and killed by a pickup truck while she was boarding her school bus.

Maryana Kranz was killed on Monday, February 10 when a pickup truck came up on the right hand side of the school bus she was waiting to board in Waushara County.

Action 2 News has learned Maryana Kranz, 6, has been identified as the victim of Monday's incident.

"It's very sad, very somber. Everybody is praying for everybody involved, not just both families, and all the kids at school, the kids that were on the bus, it's just very sad," says community member, Cindy Johnson.

The driver of the pickup truck was identified Tuesday as Carl Mullenix, 76. Sheriff Wally Zuehlke says it appears Mullenix was driving on the shoulder of Highway 73 when he struck the 6-year-old girl and injured her 4-year-old sister. The sheriff confirmed the required lights on the stopped school bus were flashing.

Tri-County Area School District says the family of the "sweet little kindergartner" visited the elementary school Tuesday and spent time with a counselor.

The six-year-old girl's mother, sisters, grandmother and other family members visited the school.

"Please continue to keep this family in your thoughts and prayers," reads a statement from the district.

The district is also offering counseling to students and staff and the bus driver. A local minister has also offered help for those seeking spiritual support.

The school also thanked community members and neighboring schools for offering financial support to the family.

Those big hearts include the family of Miguel Duran, 9. As Action 2 News has reported, Miguel has terminal cancer and the school community has raised more than $2,700 for his family. Miguel heard about the crash and insisted on re-donating those funds to the little girl's family.

According to Arlene Bialk, Miguel's mom, "I still have Miguel with me. He is still here, I can still hug on him another day. And I've sat at the funeral home making MIguel's preparations already and just thinking to myself, there's no way that I would be able to do this if I lost him tragically. It was hard enough for me to be able to do it just making preparations while he was still here."

"The thoughtfulness and humanity being shown by many is both inspiring and humbling," says the district.

A GoFundMe page has been set by Kranz's father's side of the family.

The Plainfield branch of the Portage County Bank has a benefit set up for the family. Checks should be made payable to "Maryana Kranz Family Benefit" and mailed to:

And Action 2 News learned late Tuesday afternoon that a benefit is being held on February 29 from from noon-3 p.m. at Ponderosa Pines located at 287 WI-73, Bancroft, WI. People are encouraged to wear green, Maryana's favorite color.

The crash happened near Plainfield around 7:15 a.m. Monday CLICK HERE for coverage of the crash.

According to a school administrator, the school bus stopped along State Highway 73 near 11th Avenue with its lights flashing. The girls had already crossed Highway 73 with other family members and were waiting to get on their bus when a Chevy Silverado came up on the right-hand side of the bus.

The kindergartner died before she could be transported to a hospital.

The school district says her 4-year-old sister was treated at a hospital and is back home with her family.

It's unclear why the pickup truck, going in the same direction as the bus, came around the right side of the bus on a two-lane road, but people near the scene said it was extremely foggy in the area Monday morning.