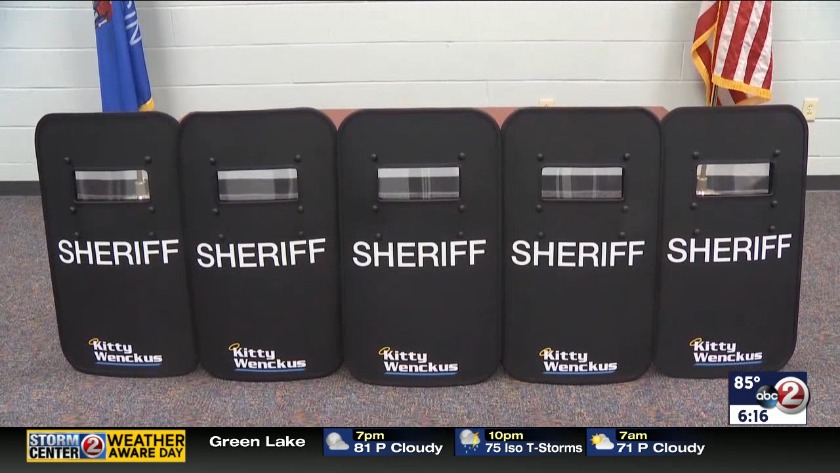 WATCH: Shields donated to sheriff's office to say thanks 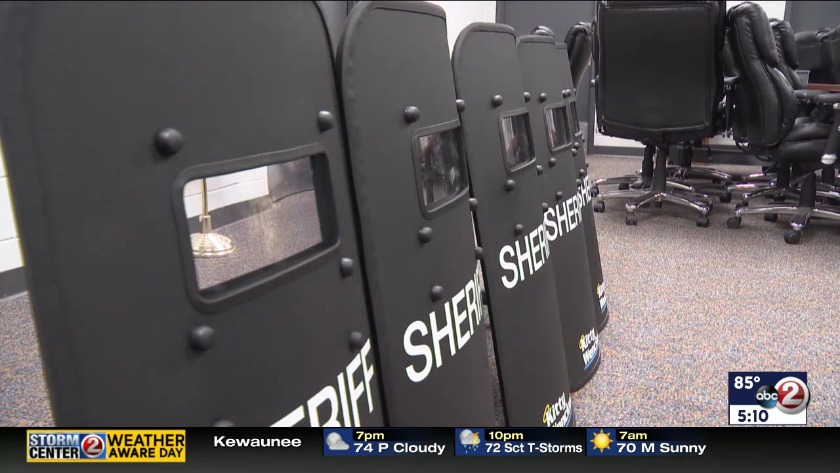 WAUPACA, Wis. (WBAY) - A missing person's case in Waupaca County continues its happy ending, with the family of the missing woman making a potentially life-saving donation to the men and women who found their loved one.

Back in September, when then-92-year-old Kathryn "Kitty" Wenckus was found, nearly 20 hours after she wandered away from her Waupaca County home, her family and the searches were relieved she was alive.

According to her son, Phil Wenckus, "We were prepared that night, when they had to suspend most of the search, we were prepared for the possibility that she might not make it through the night. So, when they found her the next morning, it was incredibly gratifying."

The Wenckus family was so thankful for the work of the sheriff's office and the hundreds of volunteers, they decided to give back to those who helped to find their mom.

"I sent thank you cards to all of the municipalities. I sent a letter to the paper. I put a big banner up on the fence and thanked them the best that we could," said Phil Wenckus, adding, "But we thought, we'd like to be able to do something for the department that would say thank you, but also provide them with something that they needed."

With the $5,000 donation from the Wenckus family, the Waupaca County Sheriff's Office purchased five ballistic shields, something up until now was only available when the SWAT team was called out to an incident. The new shields will instead be carried by shift supervisors, so one will be available at a moment's notice, 24/7.

"Time is usually of the essence, so the sooner we can address the threat, and the safer we can do that, the better off we are and the general public as far as that goes," says sheriff's deputy Pat Gorchals.

And just like the sheriff's office looked out for Kitty Wenckus last September, these shields will return the favor, with a reminder of why, when calls like Wenckus' come in, the community responds.

Deputy Gorchals adds, "Kitty is really a firecracker, so we thought that we should show some respect to her also and her family for giving us this monetary donation."

The shields will make their way into squad cars next week.