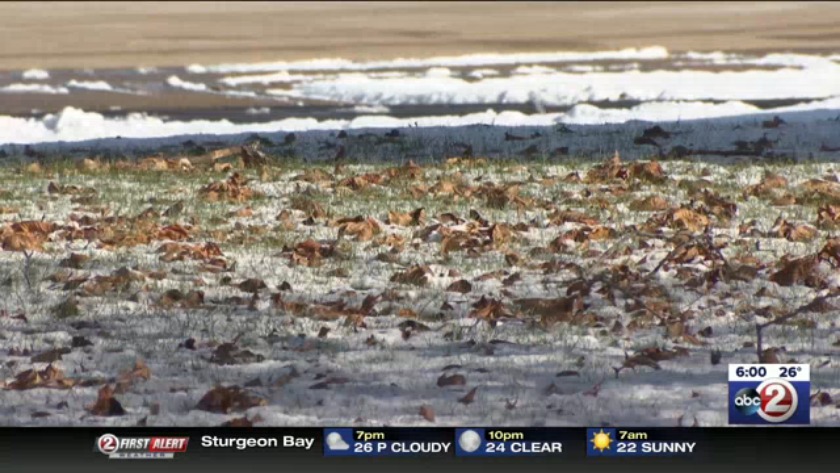 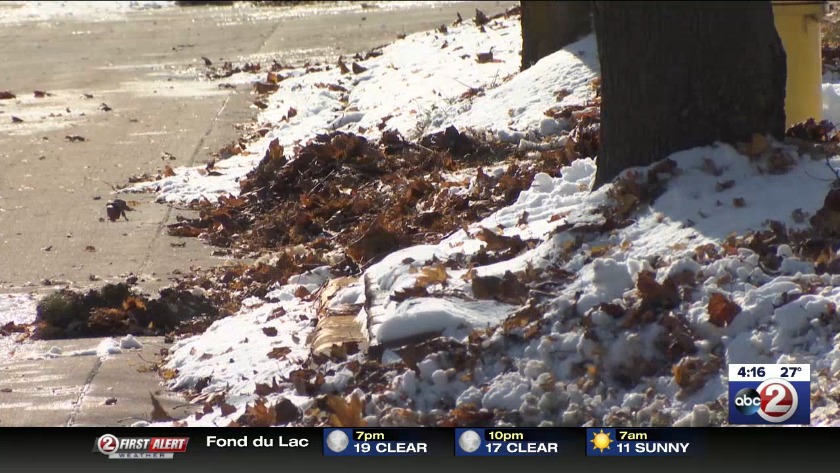 FOX CROSSING, Wis. (WBAY) - The ground may be covered in snow, but along most curbsides there are signs that fall is still waiting to be cleared away.

Action 2 News first told you last week about many leaf collections pushed back by the early onset of winter weather. The snow this week is causing municipalities to fall even further behind.

Statistics from First Alert Weather show parts of our viewing area had more than 8 inches of snow already. A normal year would only see half an inch, and at this time last year we had just a trace.

This snowfall may not seem like a lot, but for leaf collection even the smallest amount can make a big difference.

The villages of Little Chute and Fox Crossing both wrote Facebook posts this week assuring people their leaves will get picked up but it will take some time.

"Our teams were out Monday, Tuesday kind of full force. We had two leaf vacs, a whole team of guys that are out with curb pans and going out in the neighborhoods," Little Chute Village Administrator James Fenlon said.

But that productivity had to come to an abrupt stop.

"When the snow came on Wednesday morning, we kind of had to pull those gentlemen off the street, get the snow plows out," Fenlon said.

It's not just the switch from curbside pickup to street snow removal that's a problem.

Snowfall can affect leaf pickup in a number of ways: It covers the leaves, make them a heavier load for machines to handle, damages the bags containing them, and overall slows down the process.

"So, pretty much anything you can imagine it makes it more difficult to do their job," Fox Crossing Village Manager Jeffrey Sturgell said.

The amount of leaves isn't helping, either.

"It's not uncommon for them to actually run a day or two behind just because of the volume of the leaves. This year, though, you throw in the weather it compounds it, multiplies it, and so that's why they're so far behind," Sturgell said.

"When the leaves fall in great quantities like they did this last weekend, the leaf vacs can't handle the volume, so then we send out another team with curb pans," Fenlon said.

Little Chute hopes to have all its leaf collection done by the end of this month.

Fox Crossing plans on collections going into the first week of December.

"You kind of got to wait for Mother Nature to run its course, then the leaves need to be on the ground before we can rake, and it just so happens like this weekend a majority of them fell and so hopefully we can get out there, get the job done and people can worry about the snow then," Fenlon said.

But in addition to neighborhoods filled with bags of leaves waiting to be collected, there are still a lot of leaves in the trees, waiting to fall, and any of the leaves that people can't rake up before the first major snowfall will likely have to wait until spring.

"We'll probably end up doing some spring cleanup efforts given," Fenlon said, "seeing how that plays out."

"Just leave them out there. The guys will get by eventually and we'll get it done," Sturgell said.