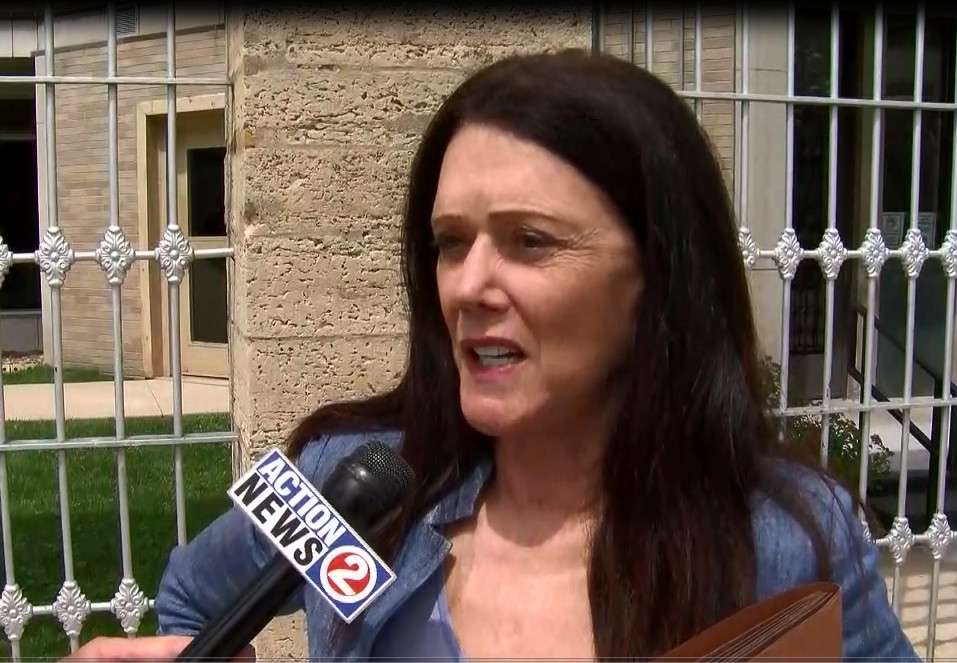 Action 2 News reporter Nolan Blair spoke exclusively to Zellner as she left her visit with Avery. Zellner spoke with her client about the decision in Dassey's case.

Avery and Dassey were tried separately on charges of 1st Degree Intentional Homicide for the 2005 murder of freelance photographer Teresa Halbach. Halbach disappeared on Halloween 2005, and investigators said her charred remains were found on the Avery property.

Both men were convicted by juries and sentenced to life in prison.

Dassey's conviction was overturned last August. The case was brought before a federal appeals court in Chicago, which affirmed in a 2-1 decision that Dassey's confession to helping Avery rape and kill Teresa Halbach was involuntary due to his intellectual limitations. suggestibility, and use of coercion by investigators.

Zellner tells Action 2 News, "It turned out exactly as I thought it would. Because it's obvious the confession was involuntary, and because of the cases that were cited and the analysis that was done of the facts. I don't think the Supreme Court will even take up the case."

At issue for the federal judges was a statement used by investigators: "honesty is the only thing that will set you free."

While the state appeals court ruled Dassey's confession was voluntary, the federal appeals court's opinion states the investigators used false promises of leniency and cued Dassey to "tell them what they wanted to hear." At issue, Dassey's limited IQ and inability to understand an idiom such as "the truth will set you free."

"The investigators' 'honesty is the only thing that will set you free' theme established a pattern whereby Dassey, seeking the promised result--freedom, or avoidance of conflict--searched for the narrative that the investigators would accept as 'the truth,'" reads the majority opinion.

Zellner told Action 2 News, "But it’s clearly the correct decision as the court pointed out the Wisconsin state courts didn’t look at the specific qualities of Brendan Dassey: his intellectual limitations, and the specifics about him and they totally missed that analysis. They wrote a two paragraph option. So of course the federal court was going to reverse it."

Zellner tells Action 2 News that Avery is optimistic about his future.

"He's extremely optimistic because when someone's innocent, and I've done this many times, they always are optimistic I think he feels we have the evidence now to vacate the conviction. which we will do, and so he's very optimistic," Zellner said.

Zellner has filed a post-conviction motion arguing Avery should be granted a new trial based on five arguments, including ineffective defense counsel, ethical violations by the prosecutor, and new evidence. Click here to read more about Zellner's motion.

Zellner's motion breaks down new scientific testing she had completed on evidence on the theory Avery's DNA was planted.

Zellner says the bullet fragment found in Avery's garage was not shot through Halbach's head. Included in the new evidence was testing called "brain fingerprinting," a technique to determine whether specific information is stored in a person's brain.

As for Brendan Dassey, attorneys Laura Nirider and Steve Drizin filed a motion Friday asking for his immediate release from prison. The state has until June 26 at 5 p.m. to respond to their filing.

The Wisconsin Department of Justice has 90 days from the court's ruling to decide whether to re-try the case. The state also has the option of asking the full 7th Circuit Court to review the case, or taking it to the U.S. Supreme Court.

"We anticipate seeking review by the entire 7th Circuit or the United States Supreme Court and hope that today’s erroneous decision will be reversed. We continue to send our condolences to the Halbach family as they have to suffer through another attempt by Mr. Dassey to re-litigate his guilty verdict and sentence," reads a statement provided by the DOJ.