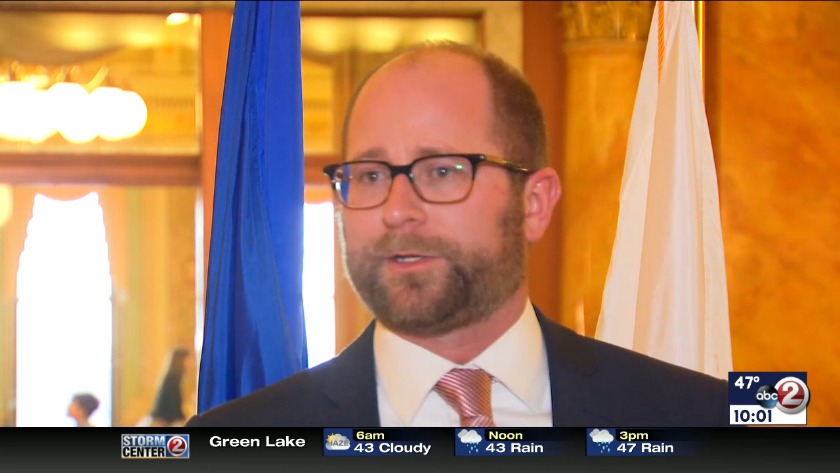 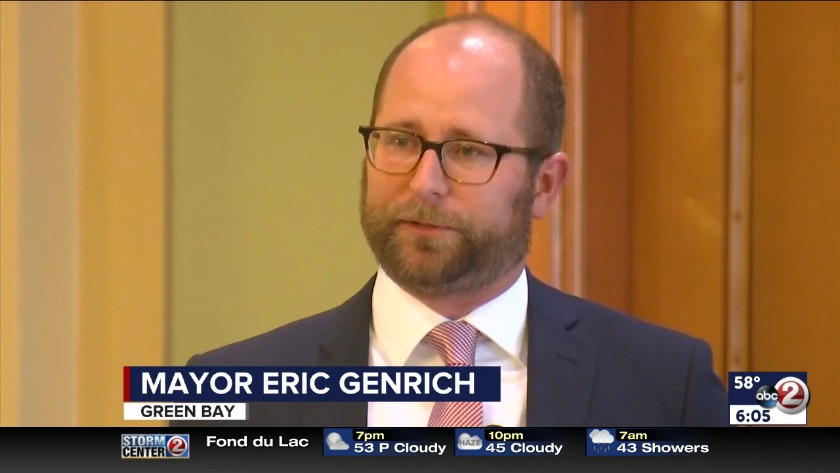 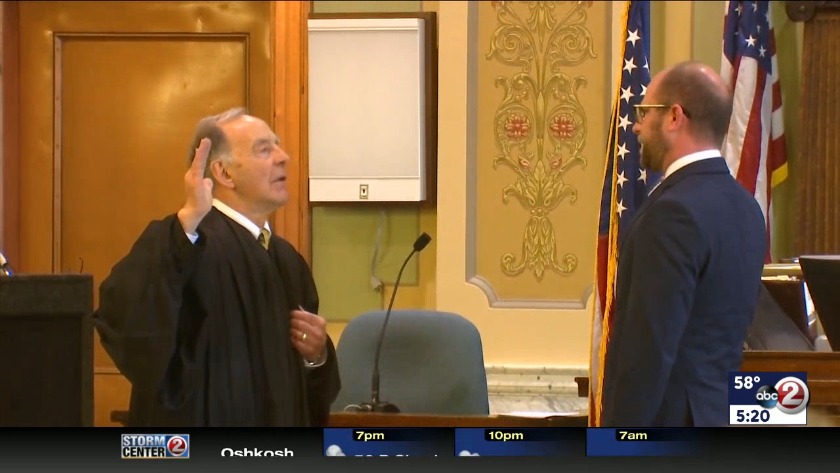 Eric Genrich took the oath of office at the Brown County courthouse late Tuesday afternoon to become the 42nd mayor in the history of the City of Green Bay. Dozens of community members came for the ceremony.

He received a blessing from his predecessor, Jim Schmitt: "Hey, Mr. Mayor, I told you I like your style. You listen. You listen well. You build partnerships and you build consensus."

Genrich thanked his supporters and the former mayor and promised to always do his best to earn the community's trust.

"I'll make mistakes and I'll fall short, but I promise you that I'll do my best to lead this city with a vision that's broad enough to include the views of all people of goodwill," he said.

During his campaign, Genrich prioritized the need for economic success and a focus on infrastructure. But his first order of business is making sure there's peace at city hall.

"The final point that I made consistently was that we want to do the city's business in a really decent and civil way, and so that's what I'm most interested in pursuing immediately," Genrich said.

He said he wants to earn the people's trust by having an open-door policy at his office.

"Committed to having regular open office hours, committed to being in neighborhoods, doing sort of walk-and-talks with community leaders."

He also looks forward to getting to know the city's department heads.

"Celestine Jeffreys is continuing on as my chief of staff. You know, there is a two-year appointment cycle with our department heads, so looking forward to getting to know all of them better and in a professional capacity."

The former state representative defeated Brown County Supervisor Patrick Buckley in the spring election. Genrich hopes his experience as a lawmaker will help guide him in his new role.

Brown County Executive Troy Streckenbach, who was re-elected to a third term April 2, was also sworn in at the ceremony.

As for the former mayor, after 16 years in office, Schmitt says he'll be taking the summer off.