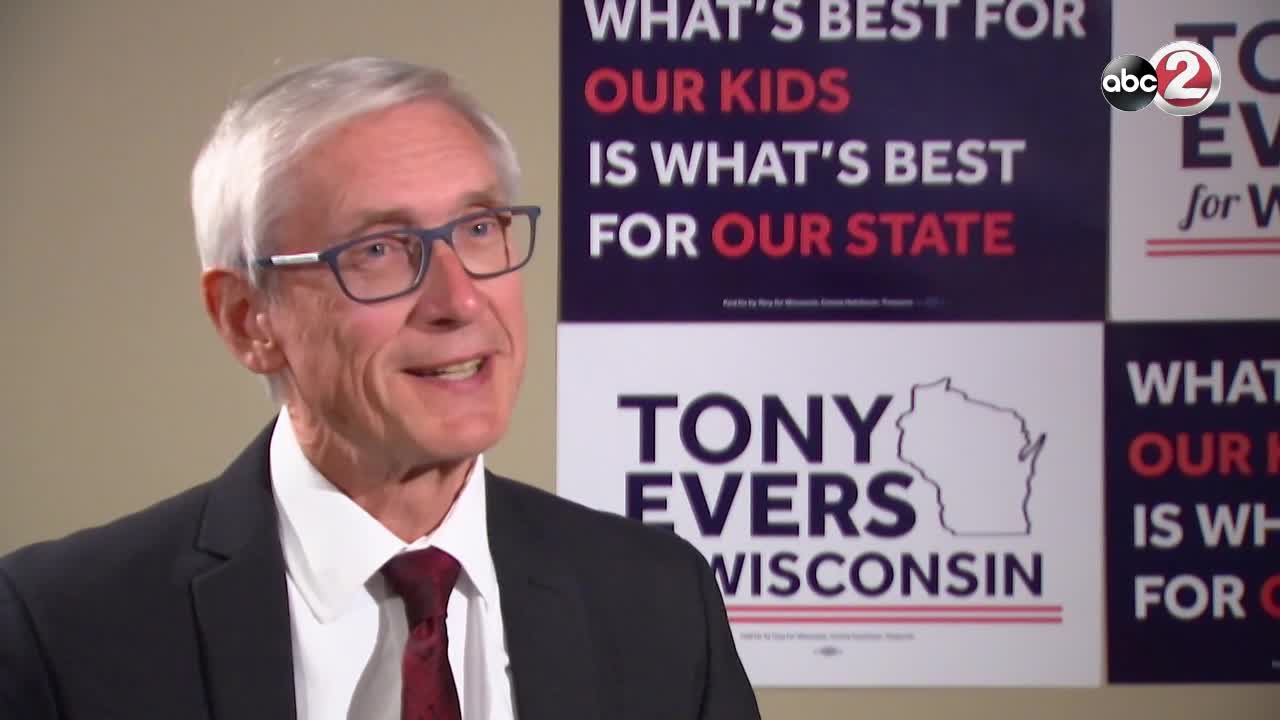 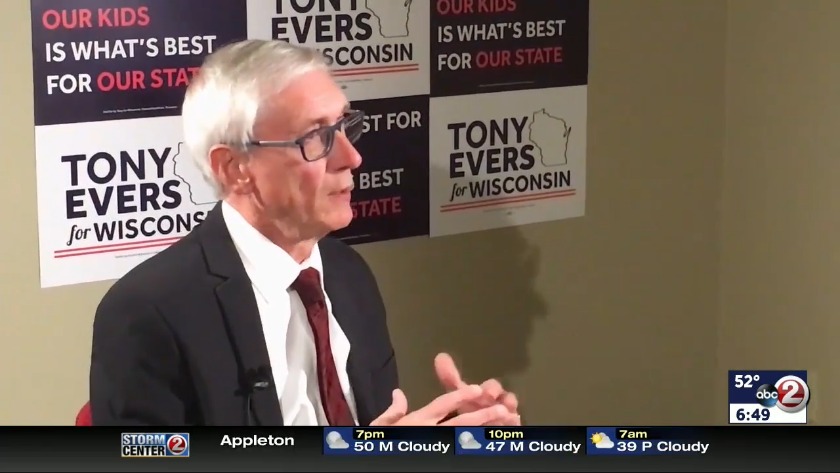 Evers has been state school superintendent for more than a decade and believes educational opportunities for children are paramount.

And he says that's just one of the areas he wants to improve as Wisconsin's governor.

From teacher to principal to state superintendent of public instruction, Evers says he's lived all over the state.

"From Baraboo to Tomah to Oakfield, Fox Valley for some time, Omro and Oshkosh."

And like a true Wisconsinite, born in Plymouth and going to the state fair every year -- "Cheese curds, love them," he says -- he tells us he cares deeply about Wisconsin and the people who raise families here.

Evers wants to shift the focus of Act 10 -- the Wisconsin law passed during Governor Walker's first term that ends most collective bargaining for most public workers.

"What I will do going forward is change the rhetoric around it. We can't have a leader of the state essentially demonizing a profession or public servants. So that is important, that is free, and we can do that going forward. We want to make sure people have a voice in what they are doing," Evers says.

As a cancer survivor, Evers is passionate about making sure pre-existing conditions are covered by health insurance, and he also supports the use of medical marijuana.

"I am a cancer survivor, so I think physicians should have the right to use whatever means to alleviate pain or make sure their patients are well."

When it comes to taxes, he says his opponent's claim about raising the gas tax just isn't true, "I never said that," Evers responds. "No, a dollar a gallon? That is ridiculous."

Instead, Evers is looking to offer a break for Wisconsin's middle class.

"Anybody that is earning, an individual, $100,000 or less, will get 10 percent increase, as well as families $150,000 or less. Those are the people Scott Walker has failed in the state of Wisconsin. We are going to give them a tax break."

With days to go to the election, the state superintendent says there's more to his plan for Wisconsin than what you've heard in campaign ads.

"Scott Walker has gutted Department of Natural Resources, and I believe in science, we are going to bring it back so it plays a role in decision making of the state of Wisconsin, whether it's water contamination in Kewaunee County or making sure we have good recreation and parks in Wisconsin," Evers says. "That's what the people in Wisconsin want. That's a value. I know we can do better. We will do better because I know we will again believe in science."