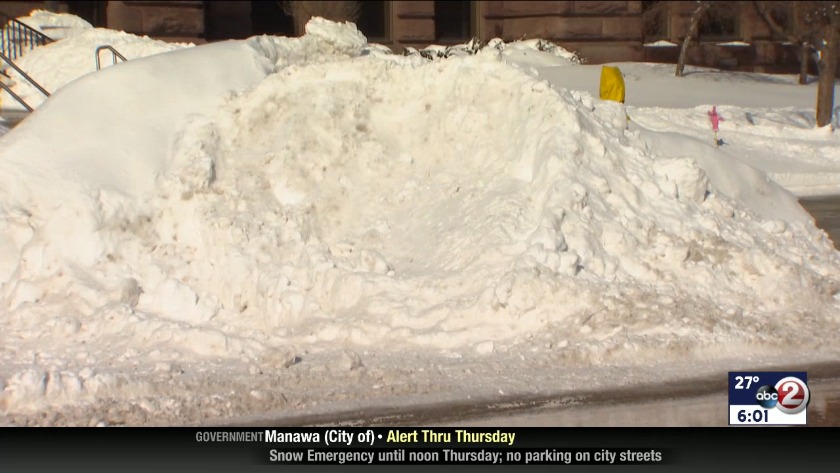 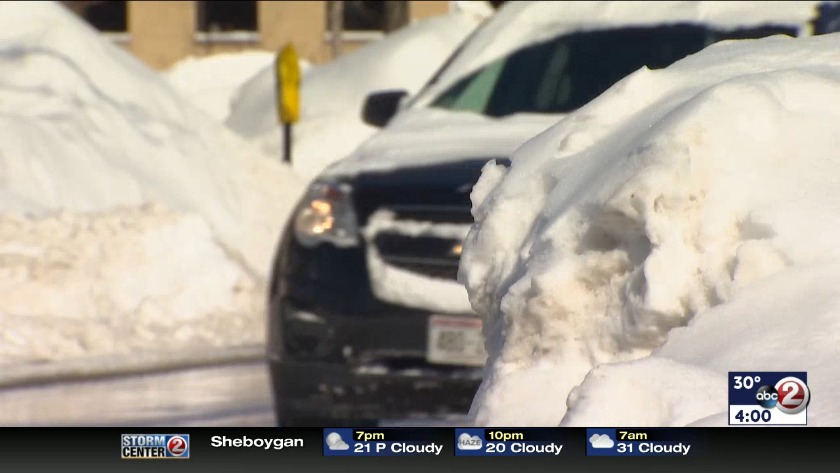 GREEN BAY, Wis. (WBAY) - Amid our storm cleanup, snow piles along Green Bay streets are tall enough to cover parking meters. Drivers say those piles are narrowing the streets and making it very hard to see cross-traffic at some intersections.

City engineers say their main focus right now is to clean downtown streets so parking can be reopened.

As for snowbanks that may be blocking the view of intersections, those that could take days to clear up.

Chris Pirlot with the city's Public Works Department says crews were working Wednesday to remove snow along downtown streets and haul that snow to a dump on the west side of the city. They expect to finish 10 blocks every day and reopen parking meters as the snow is removed.

"Because of all the snow we received, we've basically buried our parking meters and eliminated access for people parking at curb to be able to get up on the curb and get to their destination so they have to walk in the street, you know, to get around to their car," Pirlot said.

Those driving in Green Bay say the plowed snow that's piling up at the street corners is a hazard.

"It's hard to see from the stoplights around them," Steven LaViolette of Green Bay said.

"I figure if somebody hits me, you know, I've got insurance. I just peek out, sneak out a little bit," Tom Jourdan of Oneida said.

But Pirlot says clearing piles of snow at intersections is not the city's first priority. He says some snowbanks will have to stay untouched.

"It'll be a while before we could probably get to intersection sight-distance stuff, because you know we have a lot of miles of arterial streets and downtown streets to remove snow from," he said.

Pirlot says if you are at an intersection where a snow pile is blocking your view, the best way to go about it is to inch forward slowly before going through the intersection.