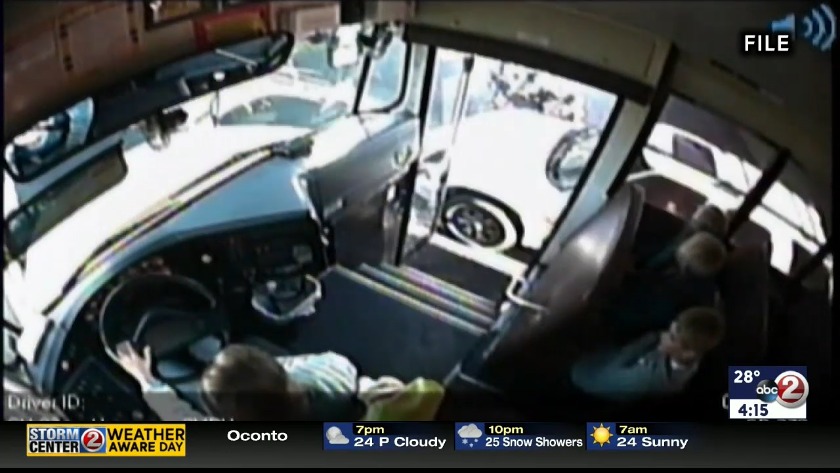 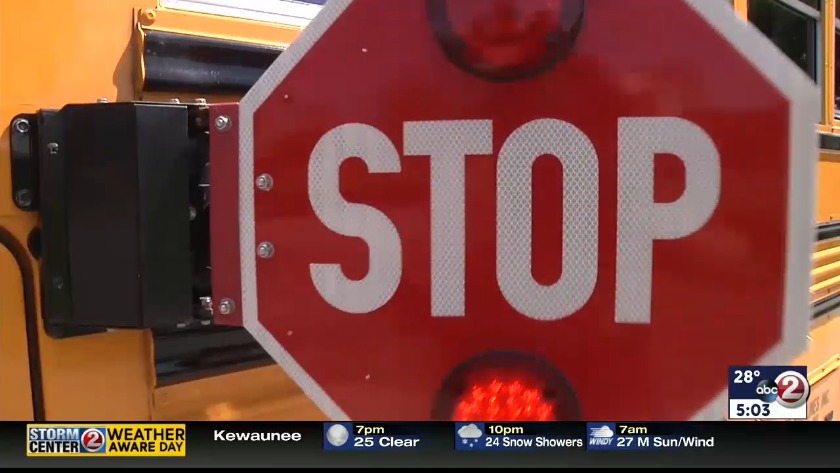 GREEN BAY, Wis. (WBAY) -- With the first snow of the season, comes more than a dozen crashes across the Action 2 News viewing area.

That added distraction means drivers need to be even more careful when driving near school buses.

“I would say it's almost a daily basis, that we get at least one report from our drivers of a motorist not stopping for the student stop lights,” says Roger Cutts, Safety Manager for Kobussen Neenah.

“It seems like with the bad weather, if it's really raining, if it's foggy out, if it's snowing, it seems like we get more complaints that week,” says Officer Stuart Zuehls, Neenah Police Department.

Most buses carry a security camera that begins recording when the engine starts. When someone drives past a stopped school bus, drivers fill out a form and report to police, with the description of the driver, their vehicle and a license plate number.

Neenah officers say they receive up to three reports per week, but bus drivers say many incidents go unreported.

“We get many, many more where the drivers just can't get any of the information because we're concentrating on the students at the stop,” Cutts says.

That means it’s up to drivers to pay attention and practice patience. When yellow lights are flashing, be prepared to stop. When red lights start flashing, and the stop sign comes out, drivers are required to stop.

Officers are also reminding drivers to stop on four lane highways and roads, an place bus drivers say is a problem area.

“Four lane roads are a big spot of our problems that we noticed. I don't think a lot of motorists understand, that if it's a four lane, not divided road, you have to stop,” Cutts explains.

For drivers who don’t stop at the warning signs, prepare for a hefty fine.

“It's $250. And that's a steep fine,” Officer Zuehls explains. “And that goes on your insurance, and that adds to your premium every year.”

Nationwide, there have been five crashes involving school buses in the past week. In Indiana, three students were killed while trying to get on the bus for school.