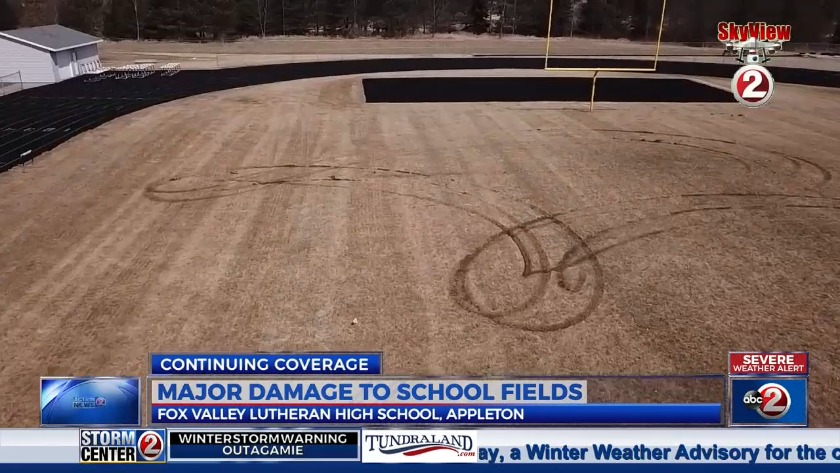 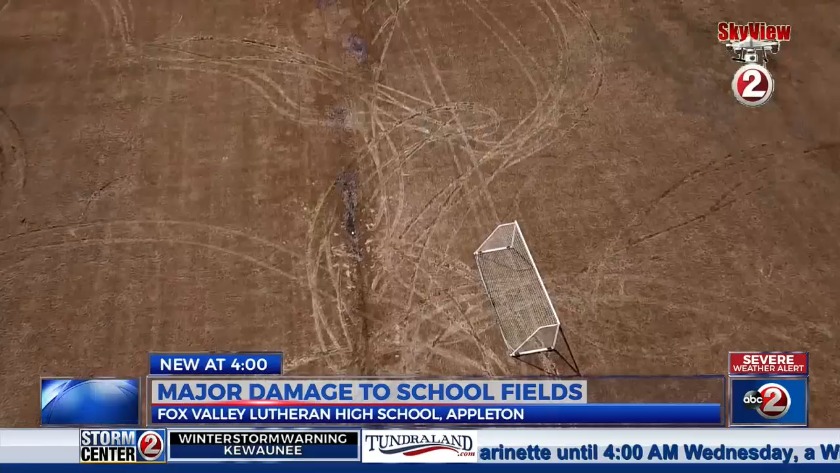 APPLETON, Wis. (WBAY) - Appleton Police are looking for a driver who is wreaking havoc on local sports fields and parks.

Just days before the start of soccer season, the driver tore up the field at Fox Valley Lutheran High School.

It's the third time the school has been victim of this type of vandalism.

"We've been hit a number of times, and this is the worst damage that we've had," says Principal Steve Granberg.

Fox Valley Lutheran High School estimates the most recent damage will cost tens of thousands of dollars to repair.

Action 2 News put up SkyView 2 to capture an aerial look at the damage. Scroll down to see photos.

Four fields were damaged on the morning of March 27. This includes the football and soccer fields.

"It may have to be as drastic as tearing everything away, and re-grading and resurfacing, almost like putting in a new field," Granberg says.

It's not clear if the soccer field will be ready for the start of the season.

"Our maintenance staff will do the best they can to get the fields ready, but practices have actually already begun, and the season begins very soon," Granberg says.

Surveillance footage shows the suspect vehicle is a dark-colored Jeep.

Granberg says the school may have to ramp up security to prevent this kind of vandalism from happening again.

"It's just really frustrating. We try to have an open and inviting campus," Granberg says. "We really don't want to have to fence off every square inch of our campus, and make it feel like kind of a prison setting."

If you know anything about the damage, call your local police department.