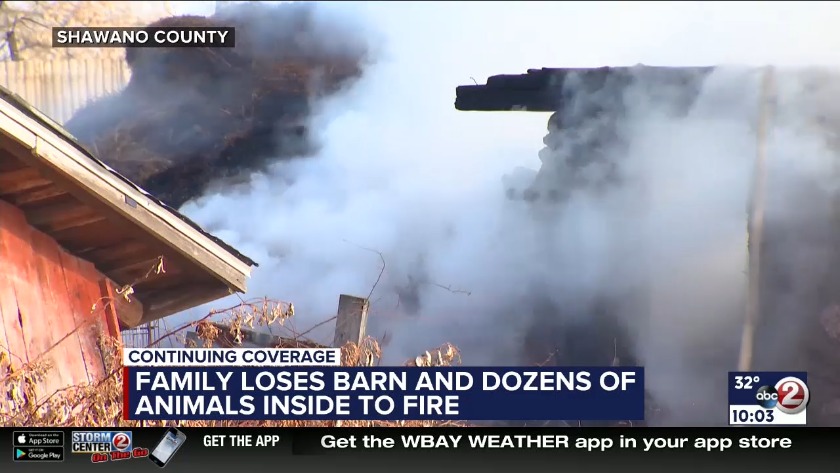 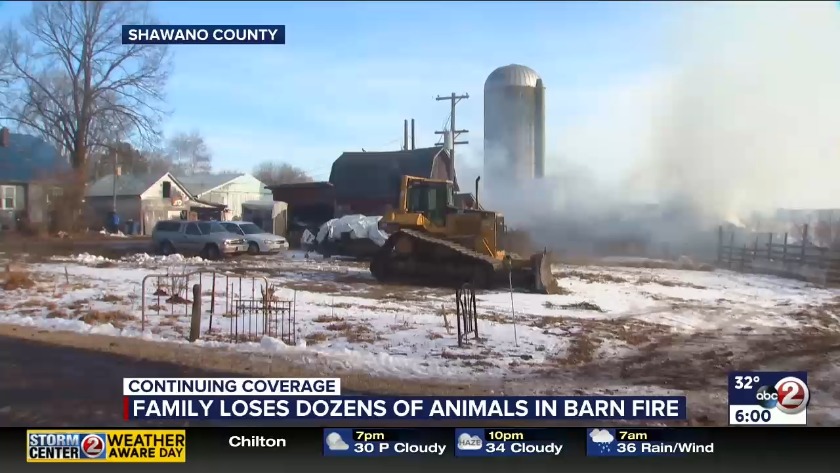 At 3:58 a.m., the Shawano County Sheriff's Office received a call about a fire at N7874 Morgan Road in the Town of Red Spring.

Deputies arrived on scene to find the barn engulfed in flames.

The Sheriff's Office says 30 cows, six horses, chickens, cats and dogs were inside the barn. The animals did not make it out alive.

The cause of the fire is under investigation. The Sheriff's Office says it does not appear to be suspicious in mature.

A family in Shawno County lost an entire barn and all their animals to a fire last night, including 30 cows, cats, dogs, etc... @WBAY pic.twitter.com/BG1tm1umlQ

Jesse Goodreau tells me his grandfather built the barn over 50 years ago. The barn in Shawano County is now a pile of rubble and all of their animals died in the fire (cows,horses, cats, dogs). He's just thankful his grandmother is okay. @WBAY pic.twitter.com/1FYXnkQr8O