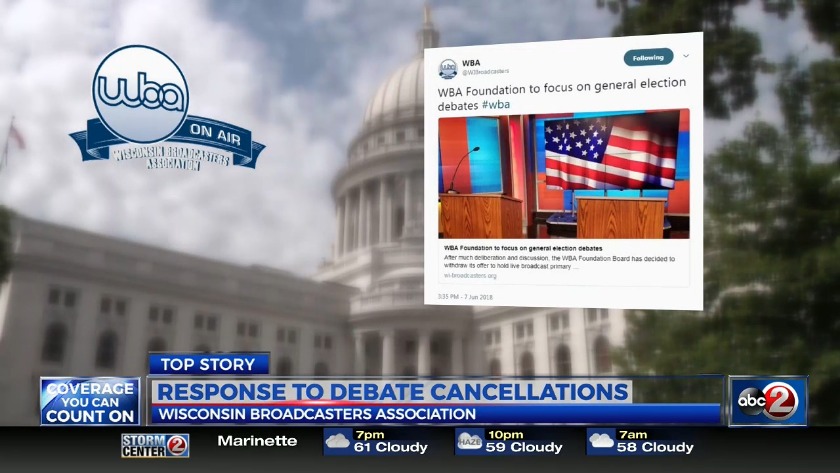 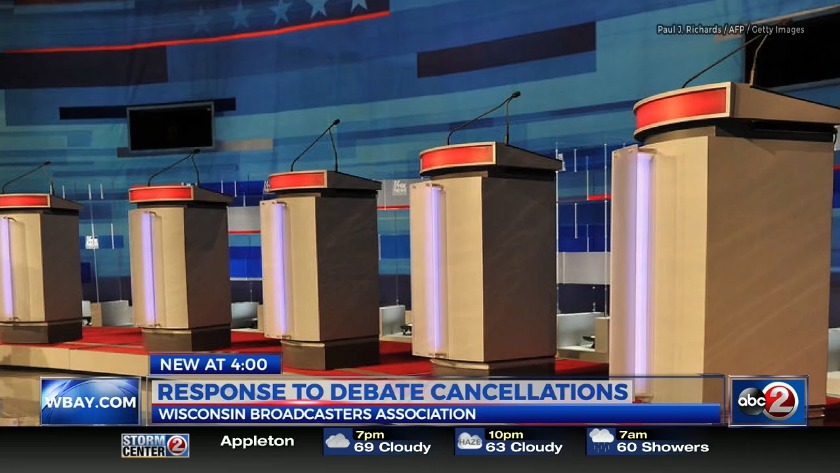 The WBA was facing criticism for limiting the number of debaters and using the amount of money a candidate had raised to determine if they're eligible.

Two primary debates scheduled for next month are now canceled. One of them is Republicans running for senate. The other was for Democrats running for governor, but there are 10 of them, and the Wisconsin Broadcasters Association wanted to limit participants to four.

"I understand the frustration of having to listen to 10 candidates. As someone who has participated in so many debates so far, I can see audiences growing weary. But there are ways this could have been done,” said Madison Mayor Paul Soglin, who is running for governor.

WBA was going to cut down the number by only considering candidates who raised more than $250,00, then they would use Marquette University Law School poll numbers to determine the top four candidates.

Some Democrats started saying that if they weren't going to take everyone, then no one would debate.

The backlash caused the WBA to "withdraw” its offer, saying in a statement it would be more focused on the general election now.

The Democratic Party of Wisconsin sent Action 2 News a statement saying it was disappointed none of the candidates would have their views heard, adding, "However, it is important that in any debate or forum, all the candidates have a chance to be heard."

We asked Gov. Walker what he thinks, and he agreed with the Democrats.

"I thought they should do all 10, and if anything I would've proposed adding an hour so that you get enough time, even if they did five and five to divvy it up. I still think for the voters it's important for people to hear about the ideas of all the candidates and certainly hopeful that there will be formats for them to do that," said Walker. "At a time where it's wide open, it's important that if they do it in its original format, it was very possible that someone who was not on the stage might actually have won the primary."

The primary is August 14.