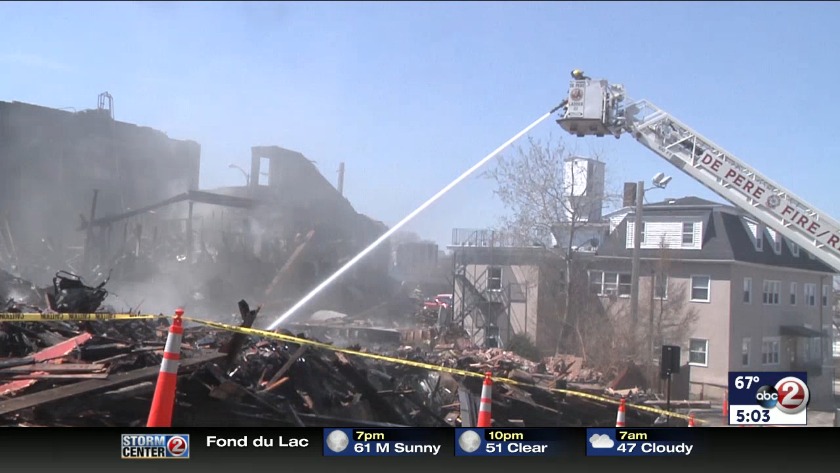 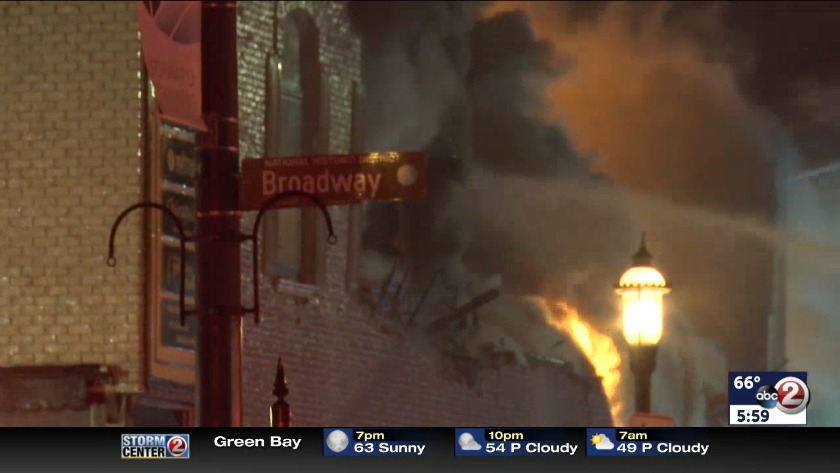 DE PERE, Wis. (WBAY) - Across the street from the rubble of what was once a restaurant and small businesses and a number of apartments in downtown De Pere, people are still trying to grasp what happened.

You could meet people talking about eating at Ogan's restaurant or having pictures taken at the Turba-Schroeder studio.

But you could also see people hugging and crying because they have to start over again.

One of the many businesses inside the historic building on South Broadway was a massage booth. Kassandra Jacquet says she is still in shock.

The licensed massage therapist says she started from scratch when she rented her room a year, building a clientele and buying materials she needed.

Now all of that is in shambles after Wednesday morning's fire.

"I've had so many people call and ask how I'm doing. And the community here within the building was great, everybody is trying to be there for one another and make sure we all emotionally are doing okay," Jacquet said.

One man says he's making it his duty to make sure memories live on for others. You might say Matthew Lutzow was on a treasure hunt in the midst of someone's nightmare, seeing what he could salvage Wednesday.

"I lived here for seven years, so we got to know everybody. We had a tight community upstairs and even some of the businesses downstairs," he said.

In October, Lutzow moved out of the historic downtown building. Now he's back, seeing what's left and what can be salvaged.

"It's really hard to believe," he said. "I didn't think the whole thing was going to be gone."

But instead of choosing to be sad, he wants to give his old neighbors memories they thought were lost.

"There's just letters in here, old letters and pictures from some of the tenants upstairs," he showed us. "I just want to make sure they get everything back."

Employees of Definitely De Pere, a non-profit that promotes the downtown area, were meeting with city officials Wednesday in hopes of coming up with a future plan for the 100-block of S. Broadway.