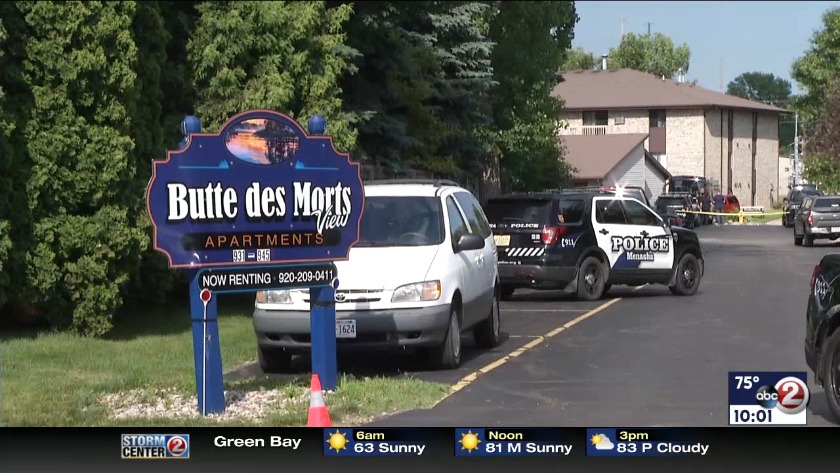 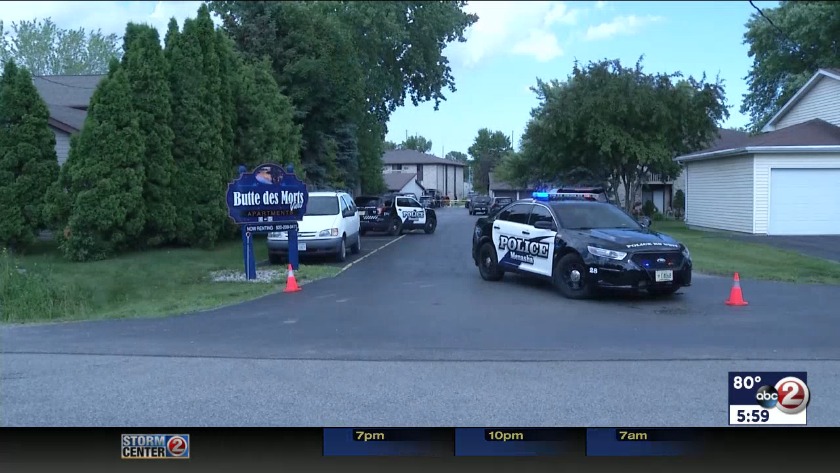 Police block off the scene of an officer-involved shooting on Tayco Street in Menasha on June 25, 2019 (WBAY photo)

The D.A.'s report from the investigation says the events were all captured on an officer's body camera. According to the report:

Police moved back, stepping backwards through a patio door to a grassy area outside. After continuing to ignore officers' orders, Blowers took a large step across the width of a sidewalk towards Police Investigator Amy Cook. Investigator Gorden fired two shots.

The Department of Justice says police started life-saving measures and Blowers was taken to a hospital. An autopsy confirmed he died from the bullet wounds.

Blowers, 43, was under investigation for Internet Crimes Against Children. Police were issuing a search warrant at Blowers' apartment. While talking to police, he said he had a rough idea why they were there, because images of child pornography would "pop up" on his tablet.

Gorden is a veteran law enforcement officer of 11 years. He was placed on administrative leave after the shooting, which is routine.