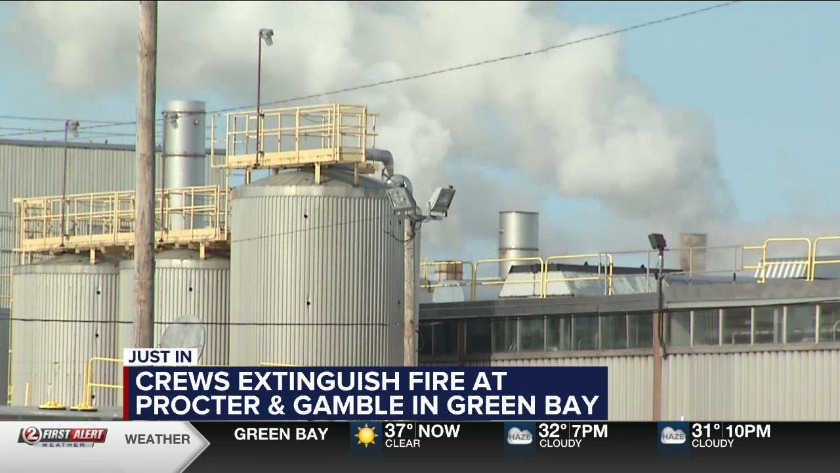 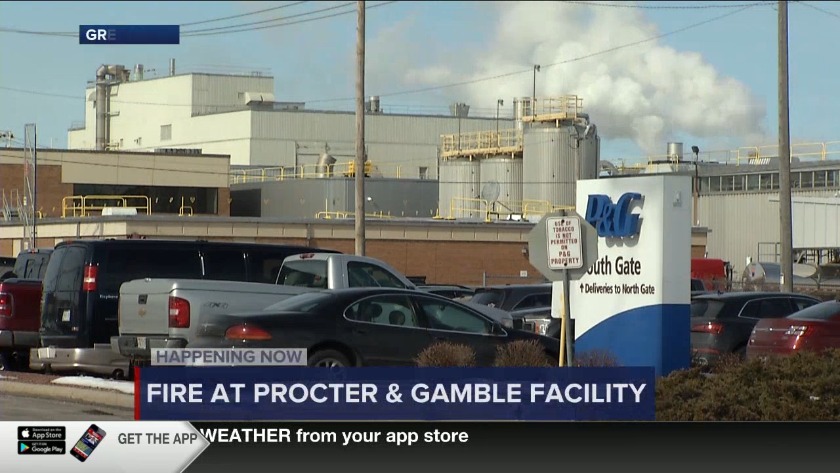 According to the Green Bay Metro Fire Department, crews were called at 11:55 a.m. for a report of a fire in a paper machine.

When they arrived, crews found plant workers trying to contain a fire in one of the machines.

Crews then found moderate to heavy smoke with fire in many locations throughout that machine.

Due to the difficulty of fighting the fire, the call was upgraded to a second alarm level.

Crews then worked with plan workers for several hours to open up the machine and ventilation system to find and put out the rest of the fire.

How the fire exactly started is still being investigated.

A dollar estimate of damage wasn't immediately available to WBAY.

No one was injured during the incident.

At this time, Procter & Gamble hasn't said if the fire will affect plant work.

ORIGINAL POST: Fire officials say as of 2:20 p.m., crews are on the scene of a fire at Green Bay's Procter & Gamble.

The Green Bay Metro Fire Department says they were called to the scene shortly before noon on Monday.

When they arrived, crews found heavy smoke, and fire on the south side of the building.

At this time, multiple agencies are helping the GBMFD.

Authorities say they don't have an estimation of dollar loss at this time.

Check back for details in this developing story.

Veterinarian talks pets and COVID-19: 'They're not contracting it'

One person dead after vehicle fire in Waushara County

Veterinarian talks pets and COVID-19: 'They're not contracting it'

One person dead after vehicle fire in Waushara County