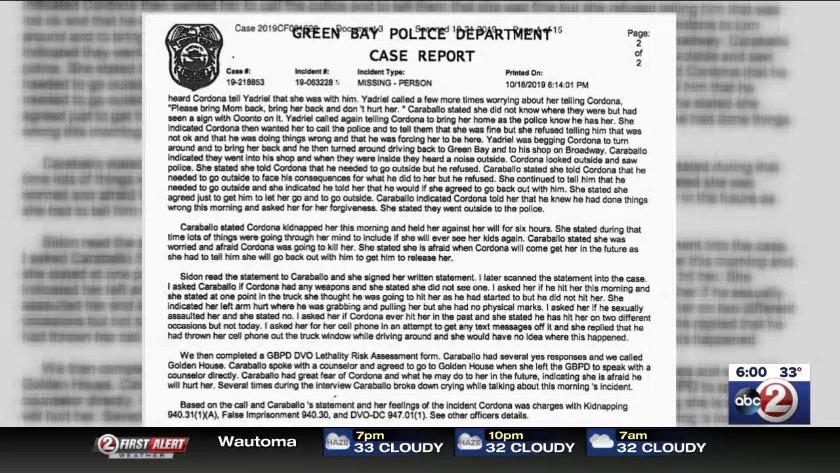 WATCH: Kidnapper was out of jail on prior kidnapping charge 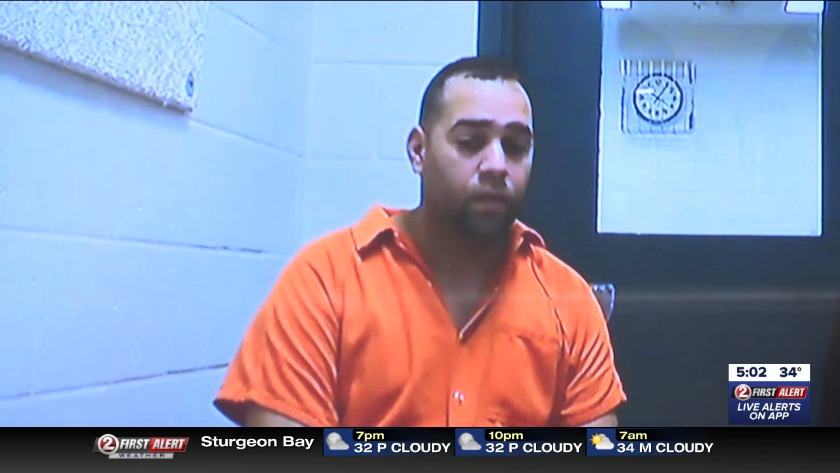 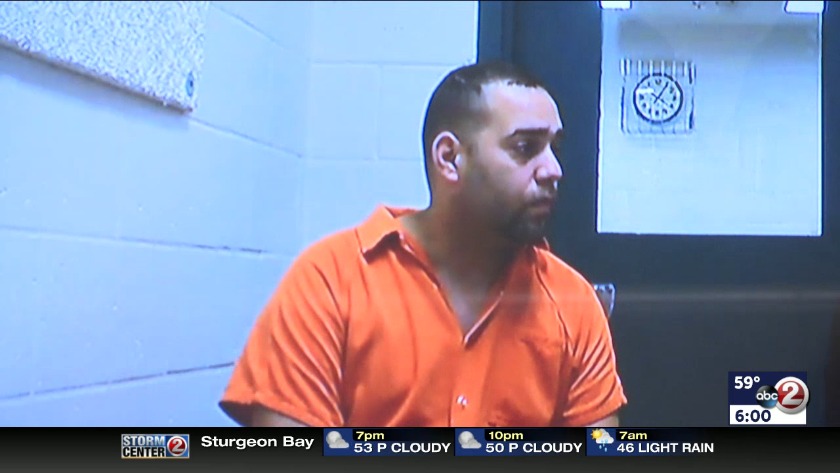 GREEN BAY, Wis. (WBAY) -- The kidnapping of Babette Caraballo on Tuesday leaves many people in the community outraged and and wondering how Luis Cardona was able to get out of jail after charges for a similar crime in October.

Cardona's court history reveals more than one dozen previous cases, but there was nothing criminal until a few weeks ago. He faced felony kidnapping and false imprisonment charges for the kidnapping of Caraballo on October 18.

Police reports from the incident show they referred Carabello to Golden House to speak with a counselor after she told police she feared for her safety. She also told police, "he has hit her on two separate occasions but not today."

A risk assessment completed in this case by officials with Criminal Justice Services flags Cardona for new criminal activity.

The only 'yes' on the chart is for a violent offense. The rest are all 'no's: no charges at the time of the offense, no prior convictions, and no failures to appear in court.

For those reasons, officials ranked Cardona as a Level 2 Offender which is considered low-risk on a scale that ops out at Level 6.

Court documents show the Brown County District Attorney's Office recommended a $10,000 signature bond based on the nature of the charges, his employment, and the fact that he lived in Green Bay with no prior criminal record.

His only requirement to walk free was to sign on the dotted line and agree to no contact with Caraballo or her friend at her home or her workplace.

Action 2 News learned Cardona violated that agreement on Monday, November 11 when prosecutors say he visited Caraballo's home. When she reminded him of her restraining order against him, he replied, "If you don't come back with me you don't know what I'm able to do."

Cardona was scheduled to appear in court on Tuesday for an arraignment hearing in the October kidnapping case.

The judge issued a bench warrant after did not show with court records stating, "Defendant was involved in an abduction of the same victim this morning and does not appear."