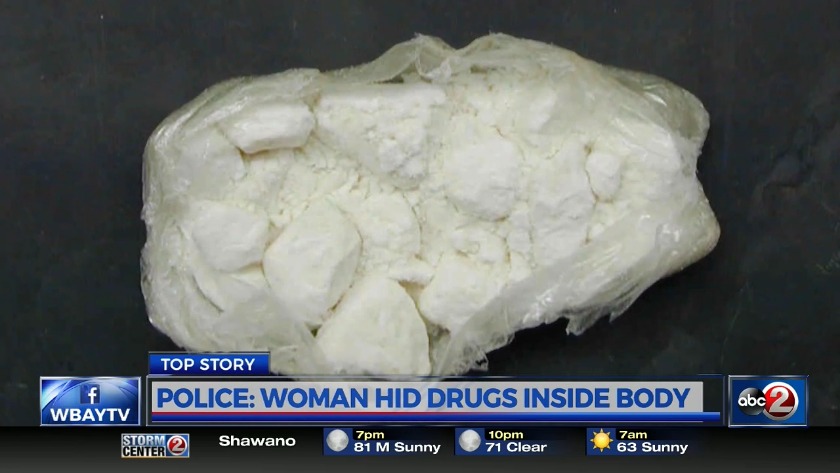 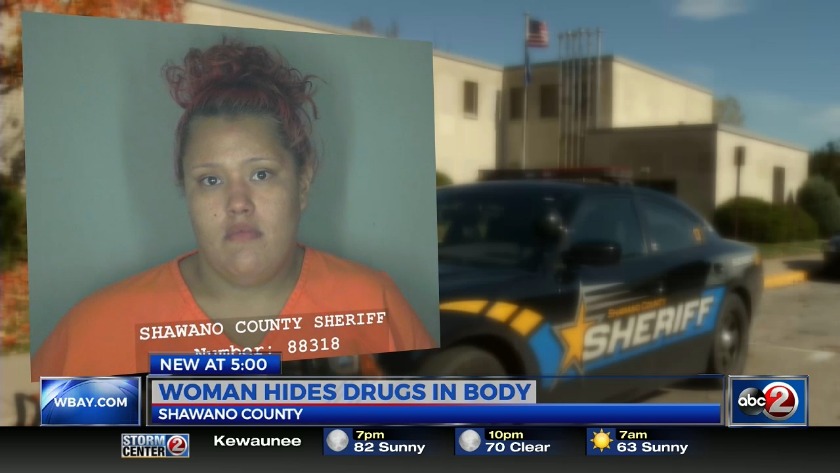 SHAWANO COUNTY, Wis. (WBAY) - A Milwaukee man and a Suring woman have been charged with multiple counts after more than 80 grams of drugs were found inside the woman's body.

A Shawano Police officer, acting on a tip, stopped Webster and McCollum on County Highway B. Both suspects were taken into custody.

Webster had been driving the car, and a police dog showed particular interest in the driver's seat.

A criminal complaint obtained by Action 2 News states a strip search was performed on Webster. A corrections officer told police she believed Webster had something hidden in her vaginal cavity.

Webster was taken to a Shawano hospital for a CT scan of her pelvic area. The scan showed something resembling a plastic bag, described as being the size of a fist.

Emergency doctors say this isn't uncommon for them to see drug dealers do.

"It's common that you would see them inside of condoms, inside of bags, inside of saran wrap, people try to get creative and they try to pack as much as they can into a very small container and it's very common to actually see these containers or transport devices rupture," said Dr. Ryan Murphy, an emergency medicine physician with BayCare Clinic.

"As a health care provider it makes it extremely difficult because people aren't very forthcoming about that type of thing and so to try and identify what might be going on makes it hard, and these might be potentially life threatening cases," Dr. Murphy adds.

Here's what detectives say was inside the bags:

In total, Webster had 81.97 grams of drugs in her body, according to the criminal complaint.

Doctors say if the bag were to rupture, that overdose could be deadly.

"If she were to overdose on that amount that would be a toxic dose and she would likely die from that type of an exposure so you know with that, with the cocaine you're going to be in this like excited delirium state and the hearts goanna be going really fast and they'll be running a high fever and you know the body will kind of shut down from that and you'll die," said Dr. Murphy.

A detective states that McCollum had been selling heroin, cocaine, crack cocaine, meth, pain pills, ecstasy and marijuana in Shawano and the surrounding area.

The criminal complaint states that he would almost always travel with a woman who would hide drugs "in her person."

McCollum is charged with:

Webster is charged with:

Police say Webster and McCollum would make two-to-three trips a week to and from Shawano and Milwaukee to buy and sell Narcotics.

The couple is due back in Shawano County Court Monday, July 9 for their initial appearance.