Community shows its support for Lundgaard, family and first responders 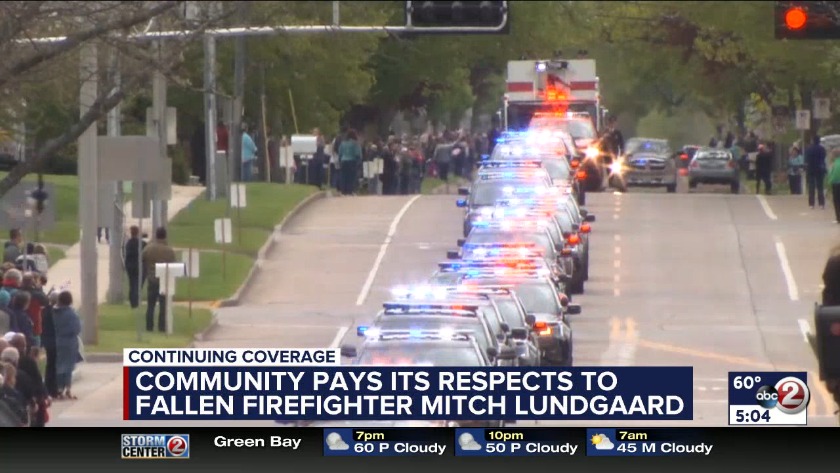 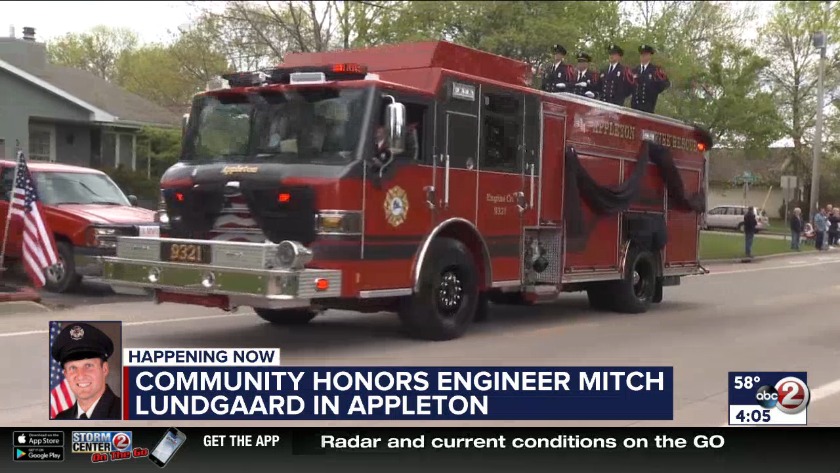 APPLETON, Wis. (WBAY) - The slow stream of lights alternating red and blue coming over the hill -- that was the reason Kathy Hanson and Sharane Wiedenhouft made sure to claim a spot early along the procession route.

"It's something I could do to show that I care about my community and the people that live in it," Wiedenhouft said.

Hanson stood up as the procession passed by. "Oh yes, because you stand at attention just like you would to show respect."

"It's just really sad sad thing that this happens in our world and it can happen at any time," Wiedenhouft said.

"It was touching, very touching to think he gave his life in doing something that he loves to do but is dedicated to helping others," Hanson said.

For both women, physically being here and watching a hero pass by was part of their healing process.

"We are so isolated because of the technology age to be able to mingle physically with neighbors," Wiedenhouft said.

And although it was a heartbreaking moment seeing Lundgaard pass by, both said his sacrifice won't soon be forgotten.

"The other firemen, the police officers, it's going to stay with us for years," Hanson said.

Both women said they plan to be back out Monday night to show their support once again when Lundgaard's casket is escorted back to the funeral home.