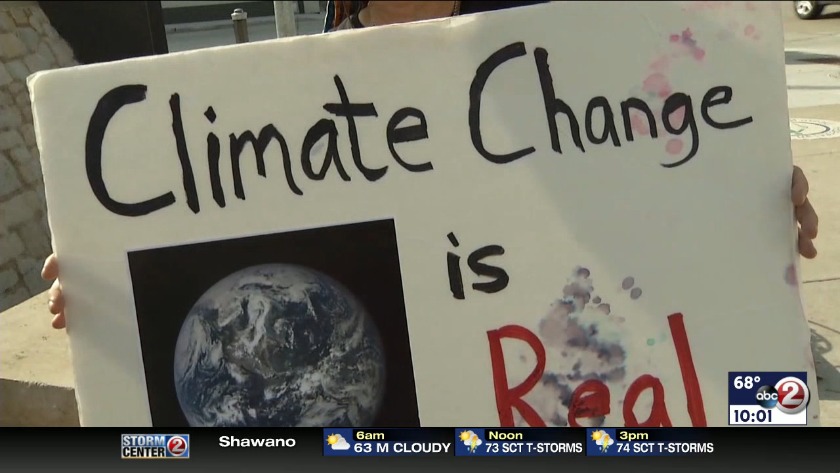 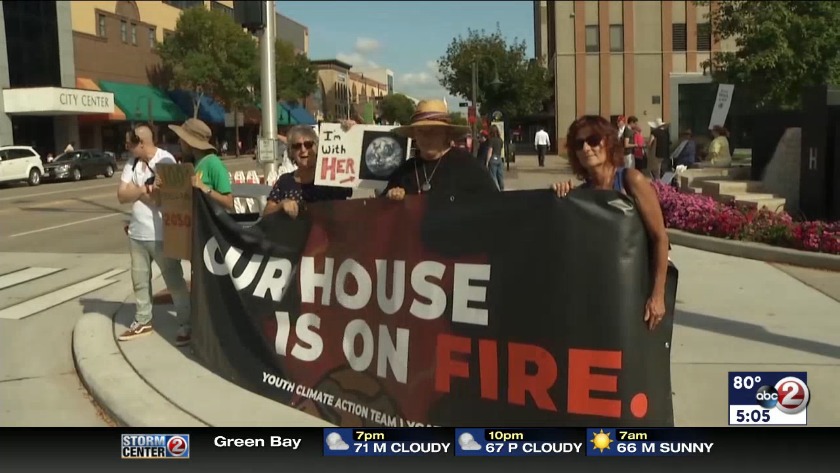 APPLETON, Wis. (WBAY) - Young people around the world and right here in Northeast Wisconsin are taking part in a global climate strike protesting for leaders to take action against climate change.

These protests took place across the world Friday in a number of countries.

This after top climate scientists warned last year the world has about a decade to drastically cut global carbon emissions.

For much of the day, a stretch of College Avenue in downtown Appleton outside Houdini Plaza was the scene of a protest led by young people demanding that the city take action to prevent further climate change.

Sixteen-year-old organizer Madeleine McDermott said, "Right now this is a rally for climate. I'm striking. There are people here striking from school or work, and we are basically gathering and hoping that people can see our signs and just be more aware of the issue. We also did a 'die-in' at city hall to try and get our local government to act on climate."

Those behind the protest are requesting the Appleton city council pass a resolution declaring a climate emergency and draft a plan to be carbon neutral by 2030 at the latest.

Action 2 News asked Mayor Tim Hanna if that was a possibility.

"One of the things I'm really proud of in the city is, we're pretty good at thinking ahead and trying to be proactive. So it just comes to what's practical, what can we do, what can we do that will actually make a difference," said Hanna.

Others who participated in the protest say the important thing is to raise awareness.

"I really want people to understand that we can make changes at every level of government, including local government. We really need to be thinking what we can do at the county level, the municipal level in addition to he state and national level about this issue," said Libby Falck of Neenah.

Right now there are no resolutions before the city council addressing climate change.

However, the city does have a sustainability plan and a number of green initiatives already in place.