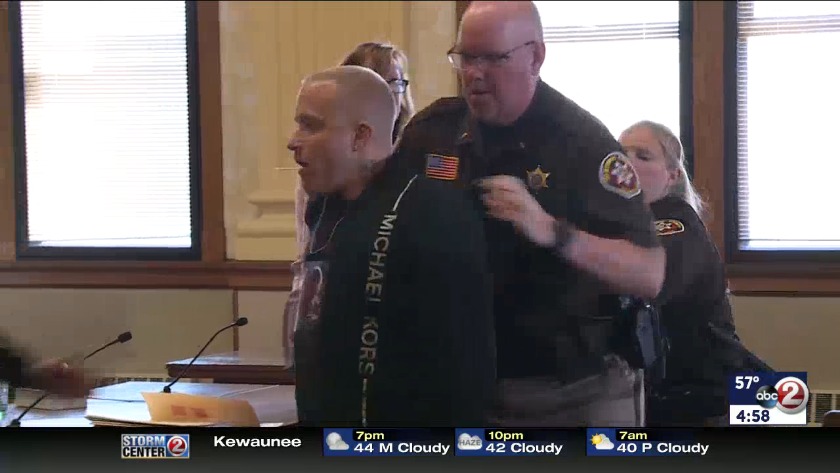 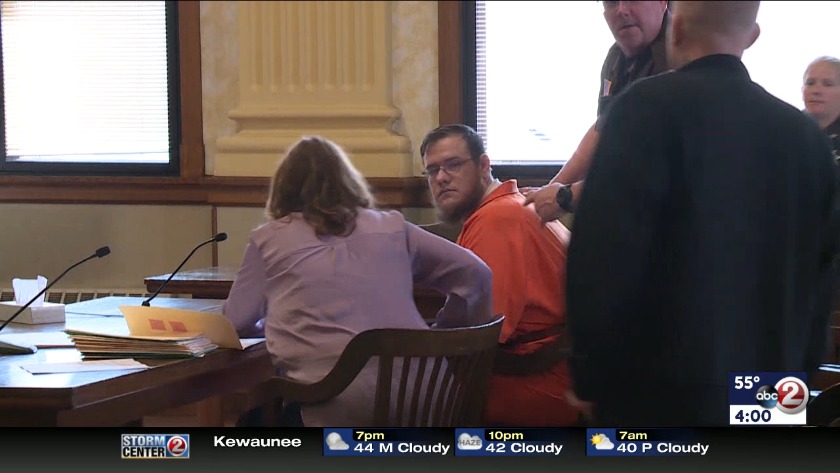 MANITOWOC COUNTY, Wis. (WBAY) - A Two Rivers boy who died after months of abuse suffered internal bleeding and injuries to his organs, according to a criminal complaint obtained by Action 2 News.

Criminal charges have been filed against the boy's mother and her two roommates in the death and abuse of two-year-old Gilbert Grant.

On April 26, police were called to 2110 E. River St for a report of a two-year-old boy who was not conscious and not breathing. Crews arrived to find the boy with no pulse and cool to the touch. He was pronounced dead. Gilbert had large bruises on his forehead, cheeks, face, legs, buttocks, back feet and arms.

The criminal complaint details the interviews with all three suspects.

David Heiden told a a lieutenant that he had agreed to watch Gilbert on April 26 as Bush and Santiago were out shopping. Heiden said he put Gilbert to bed after lunch. He heard Gilbert "playing around in bed" and went into the room and spanked him about five times with an open hand. Heiden says Gilbert was still awake. Heiden went back into to the room twice. Heiden said each trip to the room came with more spankings.

Heiden said that Gilbert was "still rolling around and whimpering" so he went in the room a fourth time. He said he picked Gilbert up by the sides of his torso and "forcefully shook him hard while yelling at him to go to sleep," reads the complaint. Heiden didn't hear any more noise from the room. He checked in on Gilbert. He said the boy wasn't moving and his "eyes were openish." Heiden told an investigator that he hit the child more than he should have. "I was mad," Heiden said. Heiden also stated that he believed the force he used to shake Gilbert killed the boy.

In an interview on April 29, Heiden said he had grabbed Gilbert and "shoved him forcefully into the metal futon frame." Heiden said the boy's lower stomach would have been pushed against the frame at the time. Heiden said he "forcefully held him [Gilbert] there" and hit the boy with his hand and a flip flop.

Heiden said Bush and Santiago came home and found Gilbert dead. Heiden said he flushed a bag of marijuana "dabs" down the toilet and Bush flushed bong water and hid the bong.

Heiden went on to talk about months of abuse inflicted on Gilbert Grant. Heiden admitted to treating the boy "poorly." When asked why, he responded, "he's not my kid ... I didn't care," according to the complaint.

Heiden said Bush was "the worst" to Gilbert and that she would "lose it on him like five times an hour." Heiden said he had seen Bush spank Gilbert about 50-to-60 different occasions. She would sometimes spank him up to 15 times per occasion, Heiden said. He also witnessed her hit the child in the face, chest and head. He said Bush would throw bottles and toys at Gilbert.

Heiden said Bush felt the flip flop was not effective and switched to hitting the boy with a belt. He said Gilbert got the belt on Easter.

Bush and Heiden share a young child who was living in the home at the time, but didn't get as much punishment as Gilbert, according to the complaint.

Heiden says Bush would shove her fingers in Gilbert's mouth when he was not eating or did not want to eat. Gilbert would throw up and Bush would force the boy to eat his vomit, according to the complaint.

Heiden says the boy's mother, Rena Santiago, would do the same things Bush did but "not as frequently." Heiden saw Santiago hit and spank her son and throw bottles and toys at him. The mother was also seen shoving her fingers in the boy's mouth to make him gag.

Heiden also admitted to force feeding Gilbert Grant when the boy would not eat. He said he'd push Gilbert and make him fall to the ground.

Heiden told officials that Santiago was a prostitute and Bianca Bush was Santiago's "pimp." He said Santiago would have sex with customers in her child's bed.

Rena Santiago is nine months pregnant and due on May 13, according to the complaint.

Santiago also confirmed that they gagged the child and that Bush made Gilbert eat his own vomit.

Santiago admitted to prostitution and having sex in the apartment for money.

She said they all smoke marijuana in the apartment.

Santiago told police she was aware of the bruises on her son and that's why she would not take him to the doctor for check ups.

Bush told investigators that she helps take care of Gilbert and that Santiago has "no patience" for the boy. Bush said she was thinking of adopting Gilbert. She admitted to spanking Gilbert with an open hand. She said Heiden didn't take part in the "discipline" of Gilbert.

An autopsy was completed by the Milwaukee County Medical Examiner's Office. Gilbert's cause of death was determined to be from contusions; internal bleeding, a hemorrhage in the bowel; extensive lacerations; and hemorrhage around the head of the pancreas.

Santiago, Heiden and Bush appeared in court Monday. During Heiden's hearing, a man approached him and was ushered out of court. "Better pray you don't get out, David," the man said as deputies removed him from the courtroom.

A state agency is conducting a Child Protective Services system review of Gilbert Grant's death. A public notification regarding the review was posted on the Wisconsin Department of Children and Families website.

The Department of Children and Families Division of Safety and Permanence (DSP) conducts reviews when it is notified of a child death, serious injury or "egregious incident" due to maltreatment or suspected maltreatment.

Manitowoc County Corporation Counsel Peter Conrad tells Action 2 News the investigation is ongoing and the county does not have additional comment at this time.