Celebrating 100 years of the 19th amendment 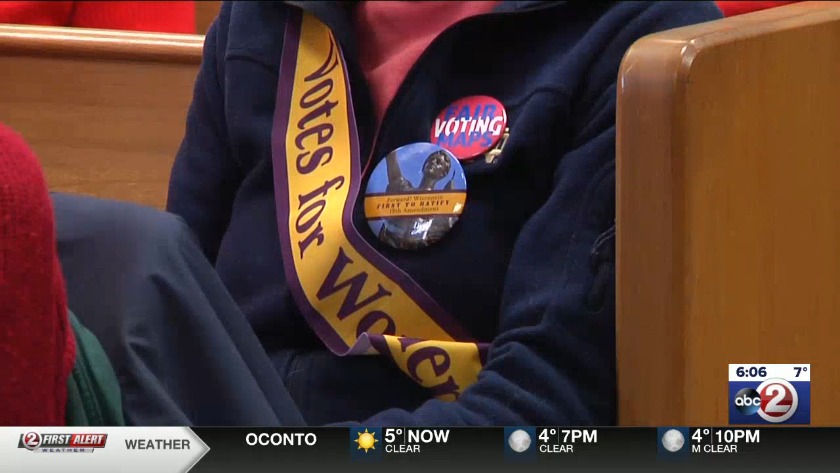 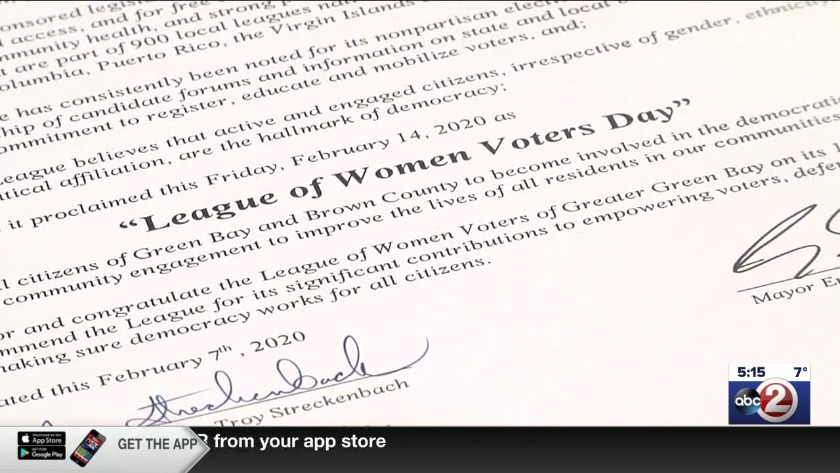 The League of Women Voters was honored for the work done the past 100 years.

2020 also marks a century for women having the right to vote.

"It's very important that women are exercising their right to vote especially because we have so many important things that are being decided right now at the state, federal and the local levels,” League of Women Voters member Colleen Gruszynski said.

The 19th Amendment was ratified by enough states to be part of the U.S. Constitution in August, 1920. Wisconsin was the first state to ratify it 14 months earlier, on June 10, 1919.

"There was somebody in Washington that had to sign and say Wisconsin was the first state to be here,” Brown County Library historian Mary Jane Herber said.

That sacrifice and determination those women stood for are being exercised in Green Bay as voting hours are being extended.

"Having extended weekend hours, having extended nighttime hours that is flexible for all women to be able to exercise their right to vote is very important,” Gruszynski said.

As many woman who are elected officials gathered in one room for Friday's ceremony, they said it's important for women to let their voice be heard by exercising their right to vote.

"It matters a lot,” Brown County Supervisor Megan Borchardt said. “If you want to see your voice represented at the table you need to go out and vote."