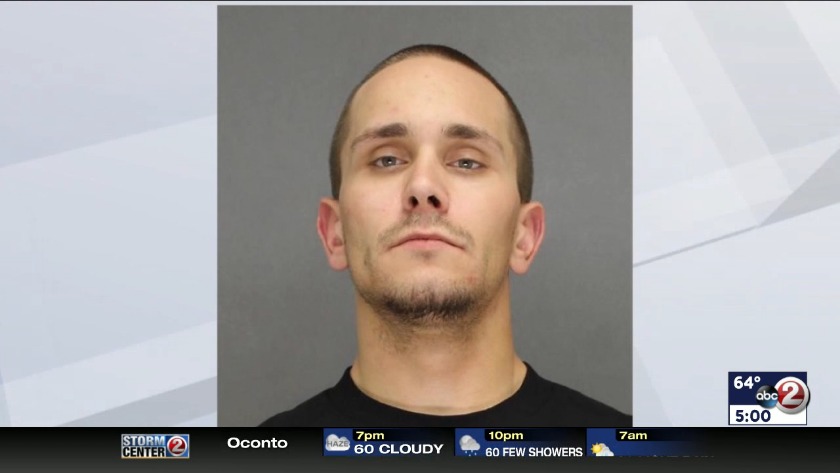 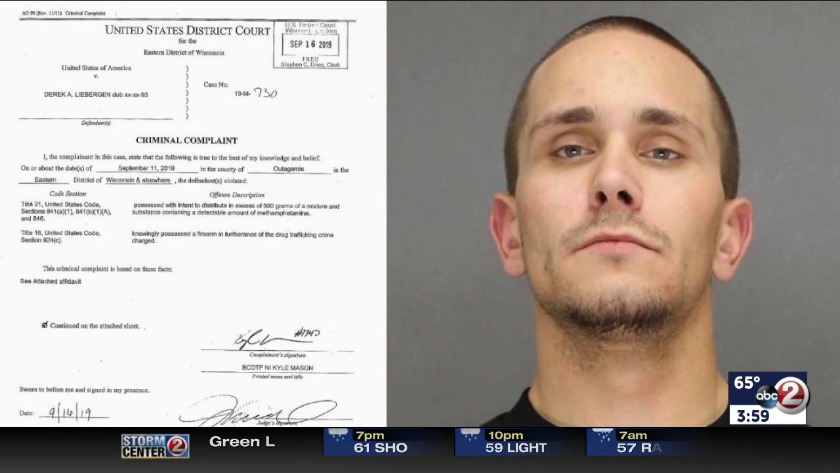 GREEN BAY, Wis. (WBAY) - It's like a plot straight out of the Netflix crime drama "Ozark." Drug task force officers who worked the largest meth bust in Northeast Wisconsin say the drugs came from the Mexico Drug Cartel and were trafficked from Missouri to Wisconsin.

A federal grand jury in Green Bay has indicted nine people in the drug conspiracy--believed to be one of the largest in state history.

Drug task force officers point to 26-year-old Derek Liebergen as the leader of the operation. He funneled pounds of meth from Missouri to Northeast Wisconsin, according to investigators.

A source tipped off the drug task force that Liebergen was bringing drugs into Northeast Wisconsin and selling them out of hotel rooms. Someone would book the room for Liebergen so there was no trace back to him.

On Sept. 9, investigators met with a confidential source who had purchased "large quantities of methamphetamine" from Liebergen. A search warrant was executed for Liebergen's hotel room in Grand Chute.

Officers seized the following during the hotel bust:

Liebergen had a handgun in the waistband of his pants when he was arrested.

"It's not about drugs. It's whatever you can make a buck on, so they'll sell whatever they can sell. Drugs, guns," says Lt. Kevin Kinnard, Brown County Drug Task Force.

The Missouri connection? Liebergen used to live there.

"He was living in the St. Louis area, so that's his connection. And then he made a connection there to a cartel source, direct back into Mexico," says Kinnard.

Liebergen obtained pounds of meth on several occasions dating back to spring. He drove from Missouri to Northeast Wisconsin to sell the meth to lower-level dealers. The dealers broke it down to sell on the street.

"At the gram level, in Northeast Wisconsin, it would have been over $2 million at the end," says Kinnard.

Kinnard says Liebergen had been selling drugs in hotels throughout the Northeast Wisconsin area.

"It's just kind of... very brazen for sure," says Kinnard. "You're traveling and little do you know that right next to you, is a guy with a handgun and 50 pounds of meth."

That kilogram of Tramadol found in Liebergen's room? It's a prescription pain reliever that comes in pill form. In this case, it was a powder. Kinnard believes the cartel sold it to Liebergen and made him believe it was something more powerful.

"So honestly, they probably thought they were buying heroin or fentanyl and got Tramadol," says Kinnard. "They were paying the Fentanyl price for it."

With demand for highly-addictive meth increasing, Kinnard says it is troubling so much meth was coming in through one group.

The investigator says this bust is having an impact.

"I talked to a narcotics investigator from Kewaunee County, and he was telling me, immediately after us taking this off, he said, 'I can't buy meth because my people are telling me, oh, they took somebody off in Appleton.' So that just shows you the fact that it spiders out," says Kinnard.

Eight others are charged in the conspiracy:

Wayne L. Stilen, 39 - Conspiracy to Distribute Controlled Substances; Possession of a Firearm in Furtherance of a Drug Crime

On Sept. 9, the Brown County Drug Task Force arrested defendant Malachi Root in Green Bay. He was found with suitcases and bags full of drugs and a loaded Ruger 9mm handgun, according to federal prosecutors.

An affidavit for Ullmer's arrest states that on Oct. 1, police officers pulled Ullmer over in Green Bay. They searched the vehicle and found a Glock 9 mm handgun under the driver's seat, according to the affidavit.

A further search of the vehicle turned up the following:

A search warrant was executed at Ullmer's home in Oconto Falls. That turned up the following:

On Oct. 3, Ullmer's girlfriend was arrested in Oconto Falls. A search of her vehicle turned up the following:

The case is being prosecuted in the Eastern District of Wisconsin.

Man arrested after high speed chase from Manitowoc to Sheboygan

Suspect in Green Bay shooting turns himself in

Man arrested after high speed chase from Manitowoc to Sheboygan

Suspect in Green Bay shooting turns himself in