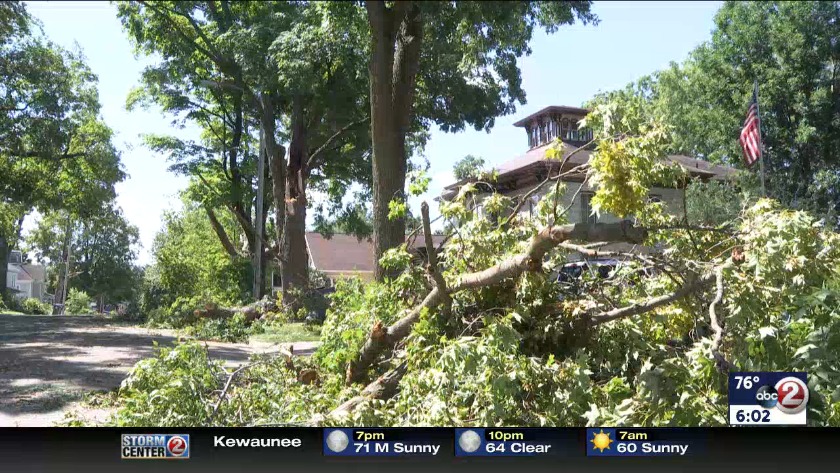 WATCH: Cleaning up from the storm 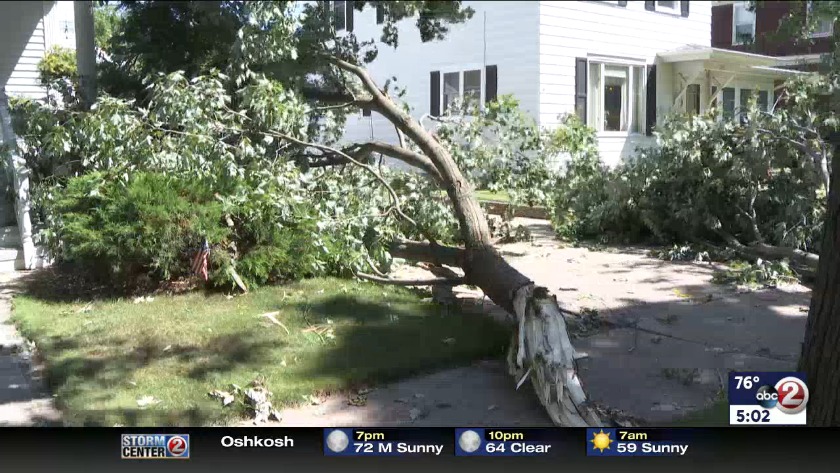 People in Berlin say the storm, which caused extensive damage, brought horizontal rain and winds upwards of 60 to 70 miles per hour.

According to Walt Rainboth, "The wind picked up, you could see it going horizontally from north to south on the street here and then the whole house bounced a couple of times. Uh oh, it went."

Rainboth was lucky. A large tree that fell in his yard, just missed his house.

Others, however, didn't share the good fate. In addition to toppled trees, the storm also tore the roof off of a building used by the Berlin Area Historical Society, causing water damage inside.

"We had a big tree down here in the street that was blocking, kind of hanging on the wires here. Then this tree down here was halfway blocking," says resident Becky Jenkinson.

Bobbie Erdmann from the historical society added, "Several years ago the fellas put this tin roof on, thinking we would save what in there. Unfortunately the tin decided to take a hike. And then we also lost a couple of panels on our carriage house bottling works building."

But once the rain stopped and the winds died down, residents said they got right to work cleaning up for themselves as well as their neighbors.

"It's been great," says Rainboth about the cleanup. He added, "Everybody has been helping each other here. And we were out last night probably until about 12 or 1, just cleaning up stuff that was in the street."

By Thursday afternoon, with cleanup well underway, Alliant Energy crews and other utility workers continued to fix downed lines and restore service to those who lost it.

"The problem we're running into is, the main lines ran in between the backyards of two blocks. There are trees, and once they go down on them it takes a lot, but you know, I gotta say Alliant has been doing an outstanding job," says Berlin Emergency Management Director Gary Podoll.

And considering the amount of debris piled up on the curbs so far, residents are just glad no one was hurt, understanding the damage could have been much worse.