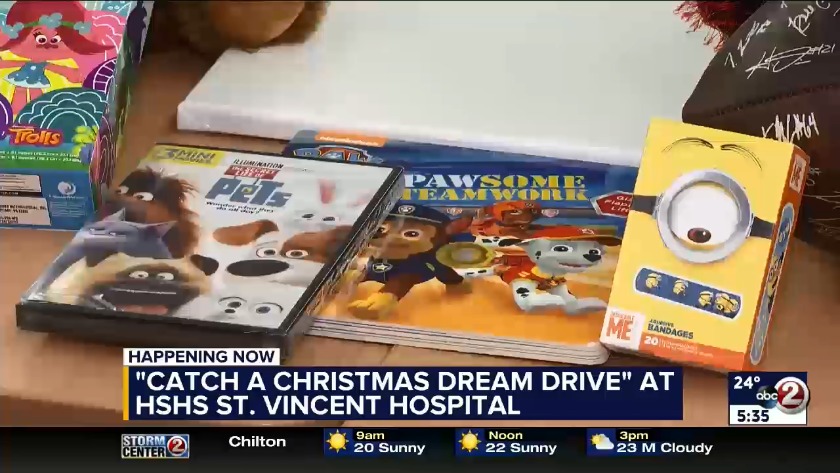 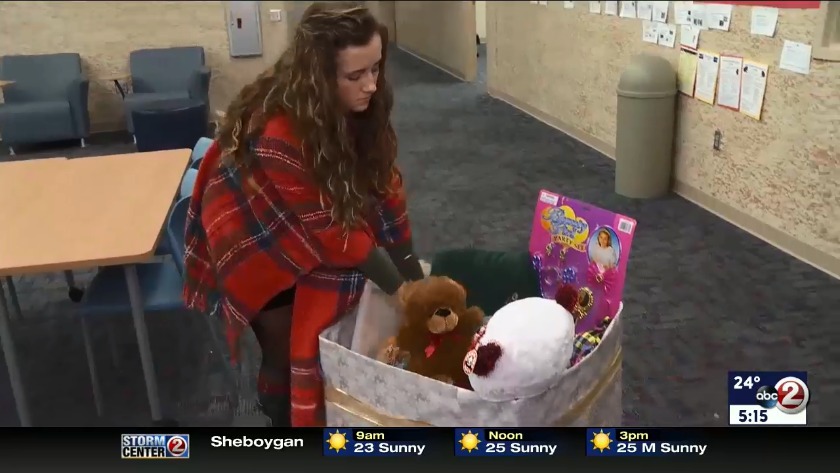 GREEN BAY, Wis. (WBAY) - The holiday season can be stressful for children who are receiving care in a hospital. That's why a student from Bay Port High School has organized a drive to collect toys and other items for local kids.

The Catch a Christmas Dream Drive collects toys, gift cards and more for children and families who will be at Green Bay's HSHS St. Vincent Hospital during the Christmas season.

Bay Port senior Andi Krawczyk came up with the idea. She dreams of being a pediatric oncologist, so it's a natural fit.

Andi worked with HSHS St. Vincent Hospital to determine what items are needed by the children and their families.

"They gave me a list of stuff that they're always in need of. I'm working directly with Child Life at St. Vincent who gives the gifts to the kids because I can't, so they told me kind of what they need and I expanded on it," Andi said. "And I told them I also want to do a portion for the parents, so we've been getting gift cards for gas as well as Starbucks. Almost all the Starbucks in the Green Bay area have donated."

The drive runs through Dec. 12.

Here's where to drop off donations: