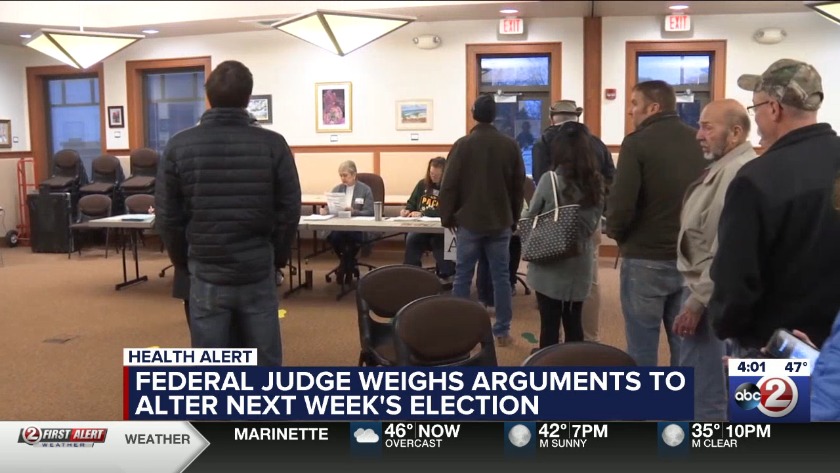 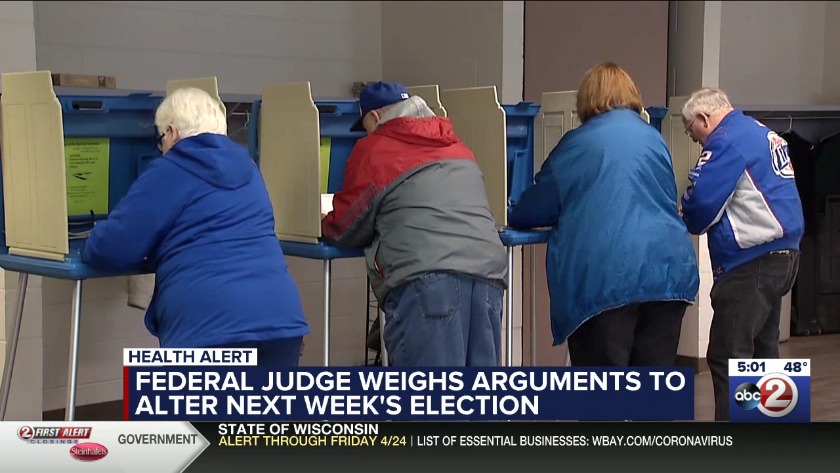 A federal judge for the Western District of Wisconsin is hearing arguments in three combined lawsuits brought by several groups, including the state and national Democratic parties, to change or delay next Tuesday's election.

Those groups argue this is over worries people shouldn't show up at the polls in the midst of the governor's "Safer at Home" order and that clerks won't receive or be able to process an unprecedented number of absentee ballots on time.

The administrator for the Wisconsin Elections Commission, Meagan Wolfe, testified for the first half of the hearing. She told the court 1,050,000 absentee ballots have been requested so far -- a record -- with just one more day for voters to request one. More than one-third have been returned so far.

Asked if all the ballots could realistically get back to clerks by election night, which is the only way they can be counted, Wolfe said in unprecedented times it's hard to know, but she said that's possible.

As for how many voters are expected to actually show up at polling places next Tuesday, there is no historical data, but Wolfe said it could be between 500,000 and 1,000,000 people.

She also told the judge the elections commission has taken steps to protect poll workers, including getting sanitizing wipes and equipment. She testified that she just found out 25,000 masks are on their way for poll workers.

Attorneys pushing for a change to the election argued there's the potential that hundreds or thousands of ballots won't even get to voters by April 7 or that they won't be returned by election night because of the large number of requests and delays within the postal system.

They argued the court isn't understanding the "harsh reality voters face" going to the polls in the midst of a pandemic.

As we reported Tuesday, the Wisconsin Elections Commission says clerks for more than 100 municipalities advised them they don't have enough staff for even one polling site.

While the judge has not announced a decision, he told attorneys he wasn't hearing good arguments to prove holding the election as currently planned would prevent a large number of people from voting who otherwise would vote in a typical election.

As of April 1, fifteen states have pushed back or rescheduled their spring elections.