Back 2 School: How to have the conversation about suicide 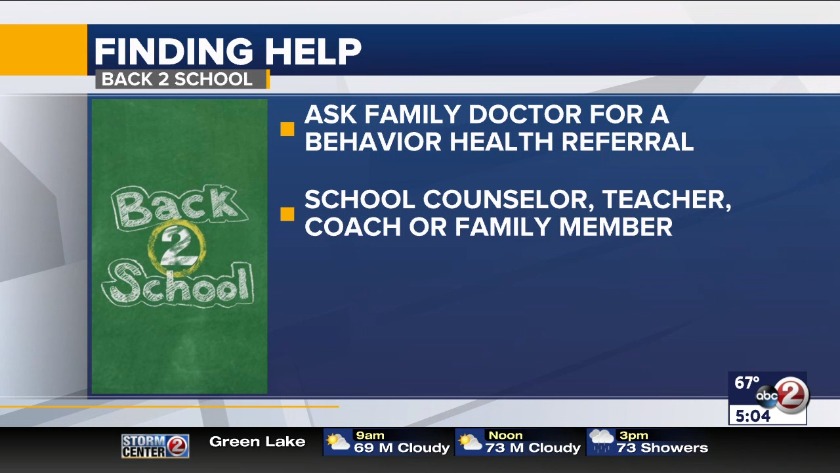 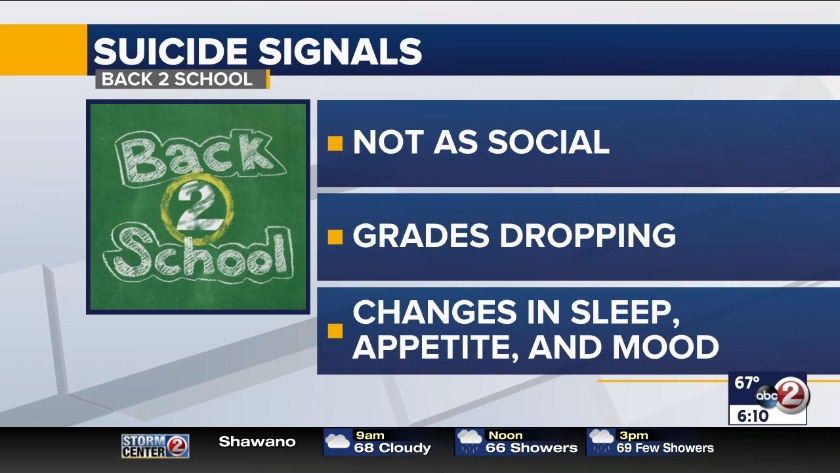 WATCH: How to talk about suicide

GREEN BAY, Wis. (WBAY) - Suicide is a difficult topic to address with children, but a therapist with Prevea gave Action 2 News This Morning advice on having what could be a life-saving conversation.

The State of Wisconsin says youth suicide rates in Wisconsin doubled from 2007 to 2015.

Prevea Behavioral Care's Lisa Schubring says parents should watch for signs that children may be having suicidal thoughts. Those signs include:

Don't wait to have the conversation. Schubring says adolescents can be impulsive.

"There's a myth if we talk about suicide we're going to give somebody the idea and that's absolutely not true," says Schubring. "The idea exists or it doesn't and we need to be bringing it up and discussing it."

Schubring recommends letting children know you care and asking them if they are OK.

Be there for them.

Schubring says it's an important conversation even if your children are not exhibiting signs of suicidal tendencies.

"There's a great opportunity to have a discussion with your children that if you ever think that way, please come to us. We don't want you to do that. That's not the answer. Just to have that conversation even if you're child is not behaving differently, so that children know at some point in time, if they do feel that way, they can come to somebody, talk to them and get help," says Schubring.

Schubring says parents can ask their family doctor for a referral to a behavioral health specialist.

A school counselor is also a good place to start. Teachers, coaches and family members can also help.

Let children know not to keep their feelings a secret.

Back 2 School: Apps that help you raise money for schools

Back 2 School: Apps that help you raise money for schools