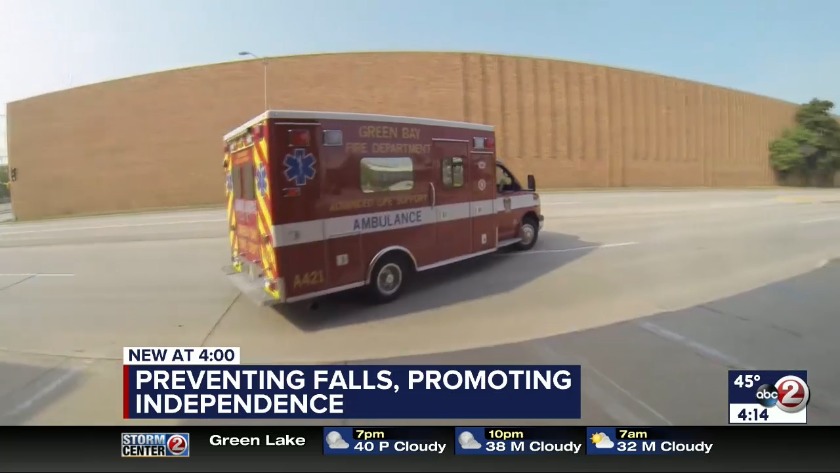 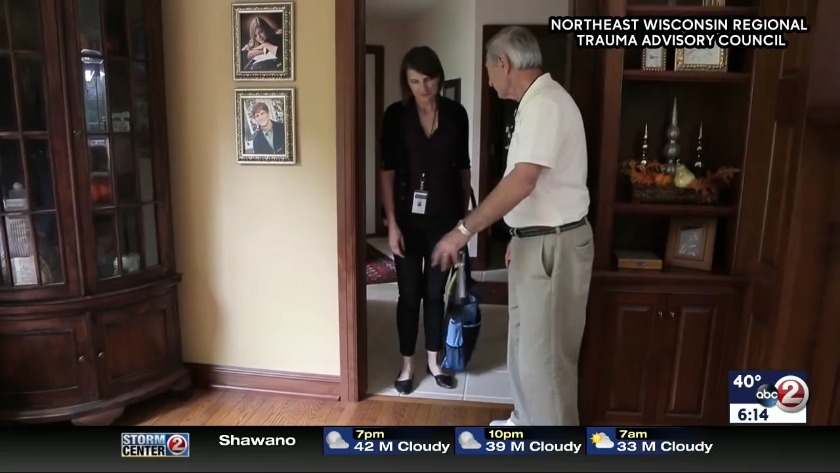 The effort is to keep people independent and in their homes for as long as possible.

Nationwide, about half of all EMS call are for falls. Sometimes that means a broken bone. Sometimes it is for a person who cannot get up on their own.

"We see an average of 23 per day in our four Green Bay emergency rooms, which is over 8,000 in a year, so this is a big deal," says Barb Michaels, Prevention Coordinator, ADRC.

De Pere EMS crews say it is their job to help anyone in need, and falls are included. Those calls often take up to an hour. That puts the crew out of service to respond to other emergencies.

"With our demographic in De Pere, we do have a lot of elderly people," says Chief Al Matzke, De Pere Fire Department.

De Pere is among a growing list of communities that are partnering with health departments and ADRCs and going into homes of people who've fallen or may be at risk of falling. They're trying to prevent future falls.

After a rescue call, the team goes into a person's home and looks for trip hazards. They also survey the medication that person takes.

"ADRC staff, as well as public health staff will go into the home, meet with folks for sometimes up to two hours to really address where the person's goals are, what are they encountering that are obstacles, what's causing the fall," says Michaels.

De Pere Paramedic Rod Deviley says, "That's the whole idea behind this is to help these individuals before they come to having to call 911 for an emergency."

De Pere has seen success with the Home Assistance Program. As it goes statewide, they're trying to reach people who haven't fallen yet but are at risk.

"They're kind of the hidden part of society. They're not really involved in other programs. They may or not have family around that's helping support them. They're trying desperately to stay independent and maintain that and there can be a hidden fear that by letting us in that somehow we may jeopardize that independence or that freedom," Matzke says. "That's absolutely not what we're after. We're trying to help them stay independent and stay in their home."

The Regional Trauma Advisory Council coordinates the effort. They say linking public health with public safety prevents duplication of services and truly helps those who need it.

For more information or to request a home visit: