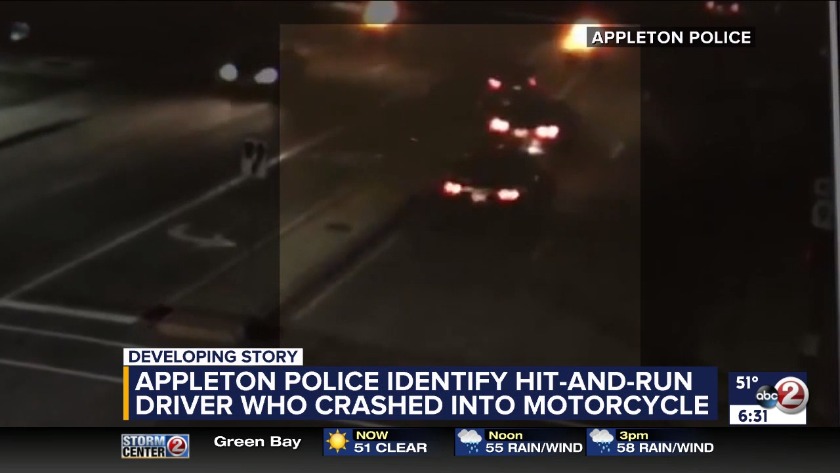 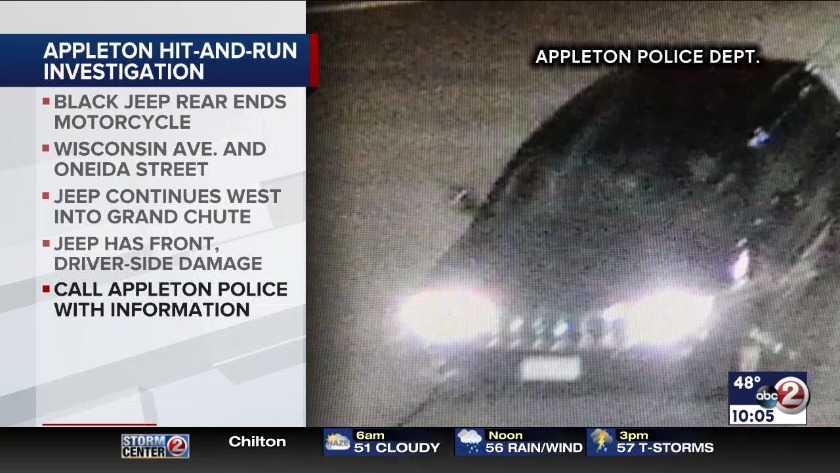 Appleton Police: Have you seen this black Jeep? 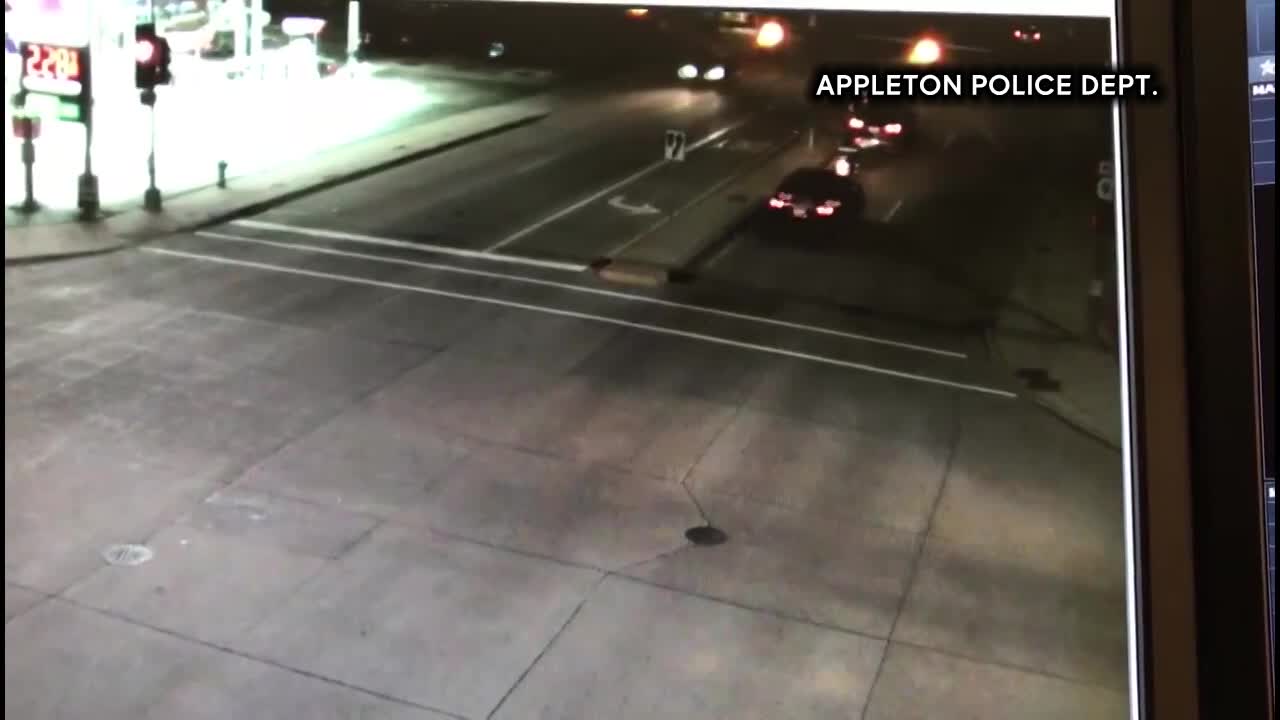 Officers did not say if they had spoken with the suspect and they did not release any more details about the investigation.

Officers do thank everyone who helped in the investigation.

====
INITIAL STORY:
Do you recognize the black Jeep in the video?

The Appleton Police Department is hoping you can help them identify the driver of the black Jeep.

Officer Shuman is investigating a hit and run after a black jeep hit a motorcycle near Wisconsin Avenue and Oneida Street in Appleton Sunday night.

Appleton Police tell us the accident wasn’t deadly but didn’t say if there were injuries.

If you have any information, you are asked to contact the Appleton Police Department at 920-832-5500