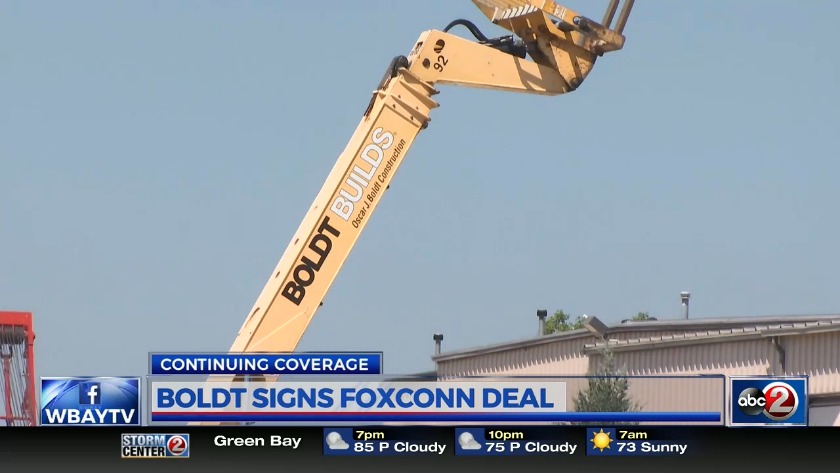 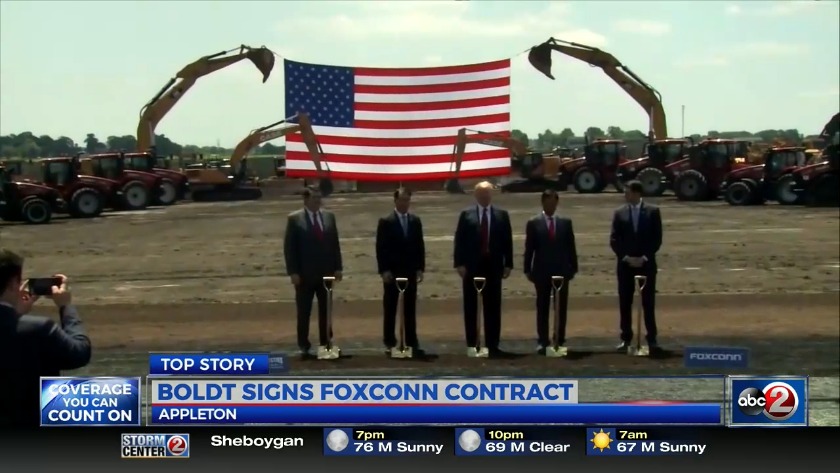 APPLETON, Wis. (WBAY) - Now that the ceremonial groundbreaking has taken place for Foxconn, Action 2 News has learned, Appleton-based Boldt will play a major role in the architectural work of the first Foxconn building. The Boldt deal is just the latest in a series of Northeast Wisconsin companies that have been contracted to work for Foxconn.

A well-known, well-respected design, development and construction firm it came as no surprise to Jerry Murphy, executive director of New North, that The Boldt Company secured a contract with Foxconn.

According to Murphy, "They will not be daunted by the size of this project and their involvement. Enormously capable."

With the groundbreaking complete, Boldt will now be tasked with the architectural work in the Wisconn Valley Science and Technology Park. The 120,000 square foot multipurpose project in Mount Pleasant is valued at $14 million.

"This is the first out-of-the-ground structure. That is, the first in a fairly extensive list and long line of multiple years of growth," says Murphy.

It's that expected growth that the New North says other Northeast Wisconsin companies will benefit from.

In addition to Boldt, Foxconn has signed Panacea Group LLC, a veteran-owned trucking company in Seymour; and Neenah Foundry Company, which is providing materials for the project, as sub-contractors. So, as the project moves into future stages, Northeast Wisconsin businesses can expect to be called upon.

Murphy adds, "Foxconn intends to spend something in the order of $1.3 billion a year in component supplies, professional services, so that's a significant carrot for companies in Northeastern Wisconsin and throughout the state of Wisconsin."