A prescription to chill: One doctor's transformational trip to Nepal 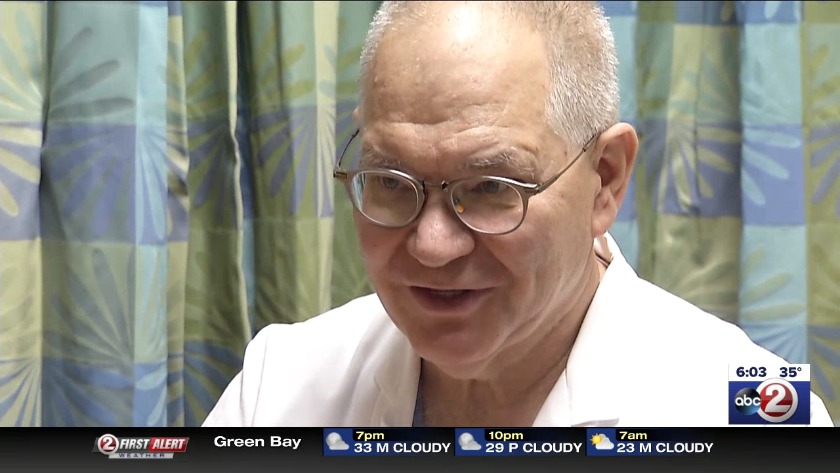 GREEN BAY, Wis. (WBAY) There are people in this world who are calm, collected and easy-going.

And then there's Dr. Peter Johnson, a gynecologic oncologist in Green Bay.

We first introduced him in October, just before he left for a two-month sabbatical at a Buddhist monastery in Nepal.

We met up with him again, now that he's back home, as he says the experience not only changed him, but his staff and patients, too.

"The trip was really good. Certainly the Packers game on Sunday between the Seahawks and Packers... the third quarter got me back to where I was before any meditation, but by the end of the game, thank you Aaron, I got back to normal," says Dr. Johnson, the director of gynecologic oncology at Aurora BayCare Medical Center in Green Bay.

His new normal exudes peace, compassion and gratitude for everything in his life and anyone around him.

"My nurses tell me I'm more behind in clinic every day because I'm spending more time with each patient, so yes, I think it does feel different to the patients as well, and it seems like people have opened up a whole lot more," he says.

Dr. Johnson has been meditating for years, but spending a month in the Kopan Monastery, a formal Tibetan Buddhist retreat in Nepal, took him to a deeper level.

"You can remodel your life based on speech, based on your mind and your body," he says. "Those three things. You mind those things, you could have a great life right there."

As someone who wants to take away suffering for others, Dr. Johnson says transforming his thoughts and actions and focusing on being less stressed has a healing effect on his patients and their families.

In his two month trip, he also went through a physical transformation, losing weight from an all vegetarian diet and trekking through the rugged Himalayas.

"It was incredible. It was very brutal. Talk about steps... it was thousands," says Dr. Johnson. "It was old trading routes, basically, that you walked down. The energy was beyond description. It was amazing."

At the top, he experienced breathtaking views.

Dr. Johnson also visited a primitive hospital in the mountains, run by a nurse, and the university hospital in Kathmandu.

He's now working to set up an exchange program for their doctors to visit Green Bay and for him to go back to Nepal and help there. It's all about giving back.

The whole experience gave him a new appreciation and understanding of how we all impact each other.

"Probably the most incredible thing was how happy people could be with so little," he adds.