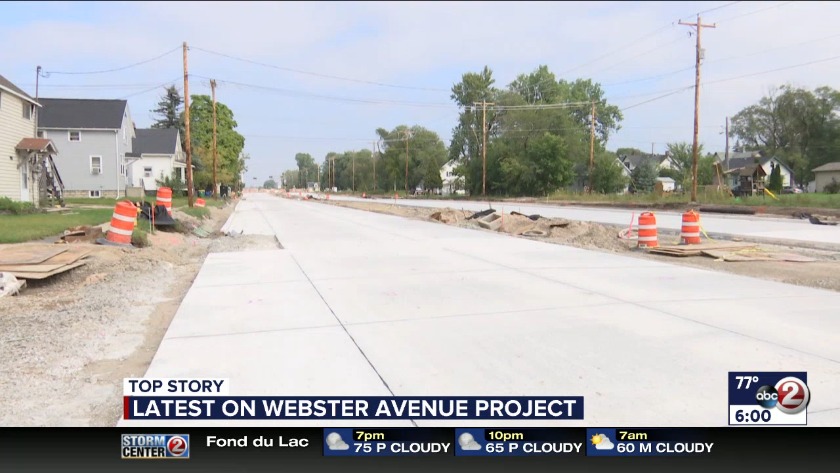 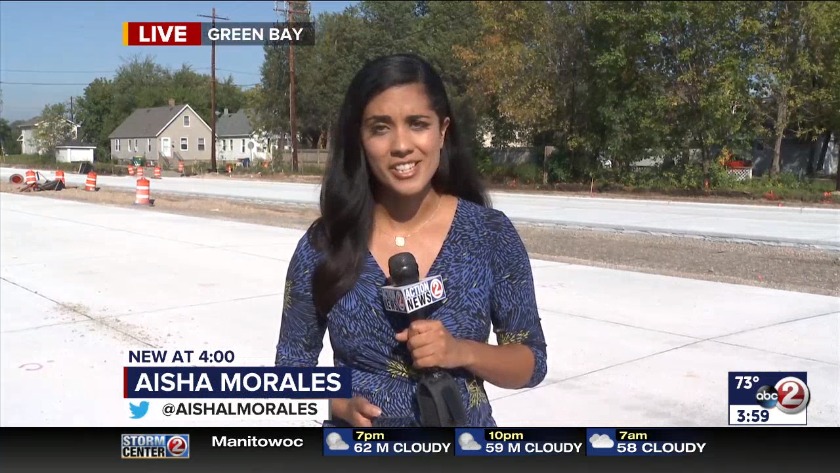 The major Webster Avenue reconstruction project, which we've been following for over a year now, is almost complete. It should be open to drivers in about a month-and-a-half.

"Folks coming out and taking a look at what’s going on, you’re actually able to start getting more of the visual of what things are going to look like once the project is completed," Green Bay Public Works Director Steve Grenier said. "Obviously it’s still a work zone."

The road project starts at the intersection of University Ave. to Radisson St. near the Bay Beach Wildlife Sanctuary and Bay Beach Amusement Park.

In a couple weeks, University at Webster will also be closed. Grenier said you can avoid that intersection by using the Quincy St. detour that drivers have been using over the last year.

This week, crews are working on odds and ends along the new stretch. "Work is starting this week on the railroad crossing upgrades at Eastman Avenue, so that will be shut down until probably pretty close to the end of the project because we can’t reopen that until all the new signal heads for the railroad crossing are installed," Grenier explained.

Eventually, grass will be added to the medians, which are inverted to drain stormwater off Webster Ave.

Next year, the task will be to add paint and markers to the bike lanes added along Webster, connecting downtown to the Bay Beach area and beyond.

"Once we get to Radisson, what we're going to do it, we're going to take that official bike route and run it east along Radisson until we get to Irwin Ave., and then Irwin we can get under the highway and that will provide us with access to Bay Beach, to the children's museum, to the Wildlife Sanctuary, and then there's actually striped bike lanes on East Shore Drive that take you all the way out to UWGB and beyond."

Grenier has been involved in the project since it was just an idea more than 11 years ago.

"It definitely puts a smile on my face," he said, "seeing how it’s turning out -- and the fact that what we had been going for -- really, really happy with the look of it. I think it’s going to be quite a statement piece when we’re done, in addition to making ride-able one of the worst stretches of a major road in the Green Bay area."