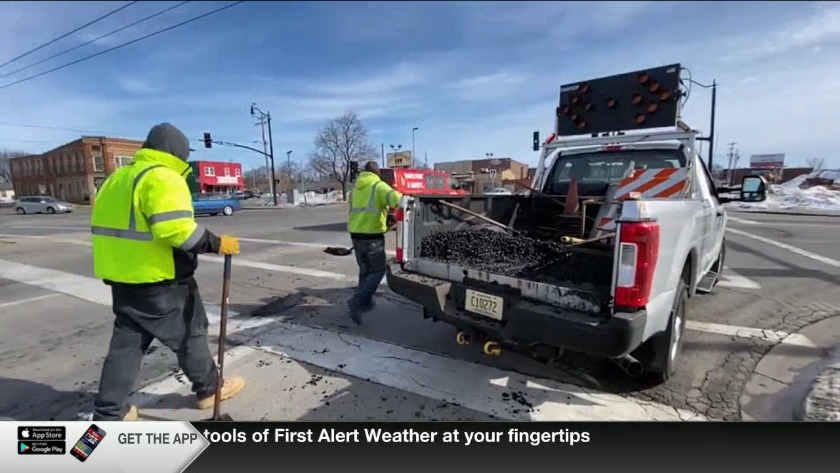 WATCH: No such thing as pothole season 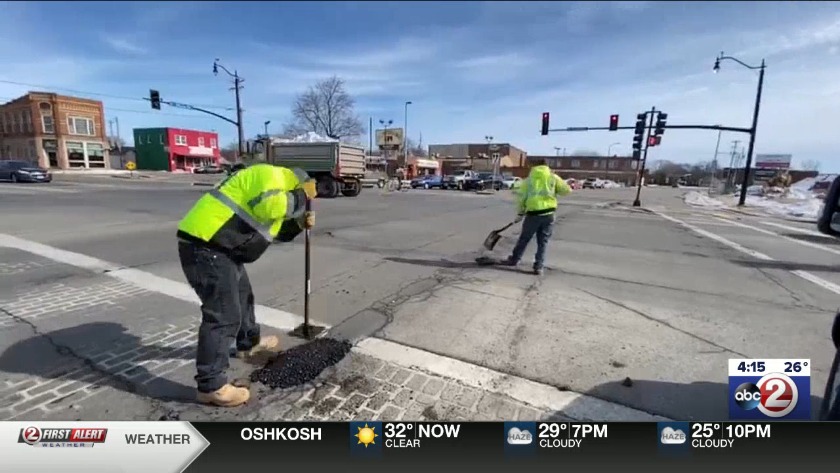 GREEN BAY, Wis. (WBAY) -- We aren’t the only ones taking advantage of the warmer temperatures this month, Green Bay Public Work crews are out and about already fixing potholes.

“It’s one of the things public works does all the time,” said Chris Pirlot, operations division director for Green Bay’s Public Works Department.

There’s a saying many Wisconsinites have heard before that we really only have two seasons, winter and construction. But in Green Bay, Pirlot said filling potholes is a year-round season for his crews.

“If people see us or not, I can tell you for sure that we patch potholes year round,” said Pirlot.

From January 1 to February 14 of 2020, Pirlot said his crews have patched 2,533 potholes. That relatively high number for the beginning of the year is not that unusual from years past. During that same time in 2019, the city filled 2,245 potholes and in 2018, crews already filed 3,643 potholes by Valentine’s Day.

“In the winter, if it’s not a hard freeze like you see today with the ice and snow is melting, the potholes will start showing themselves,” said Pirlot. “It’s not good for ride-ability, if they get too big people can get flat tires, pedestrians can trip when crossing, so we have to keep on top of it.”

Because of the warmer temperatures and dry pavement, Pirlot said his crews are using a cold-mix asphalt to fix the potholes.

“You don’t have to heat it. It’s more of a chemical cure,” said Pirlot. “You have to tamp and press it in order for the chemicals to solidify it.”

Although it’s a temporary fix, Pirlot knows people ‘appreciate when potholes get filled so we need to be out there all the time.”

“We are out there every day of the year, weather conditions permitting,” said Pirlot. “That’s what DPW does. We need to take care of the infrastructure and transportation system of our city.”