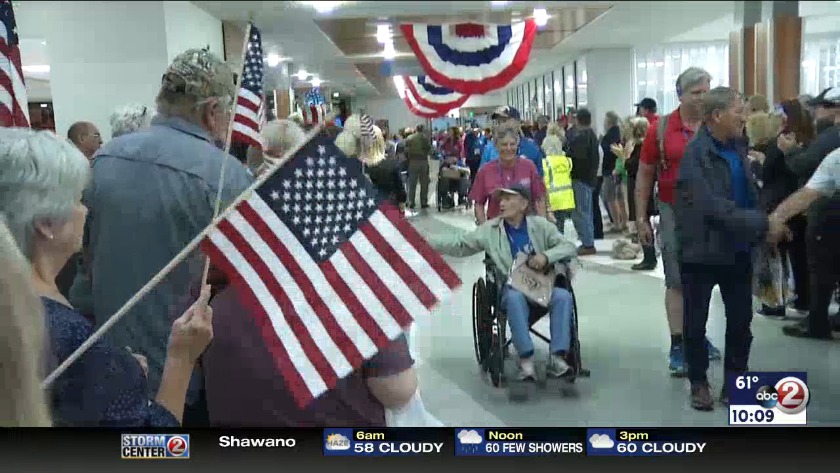 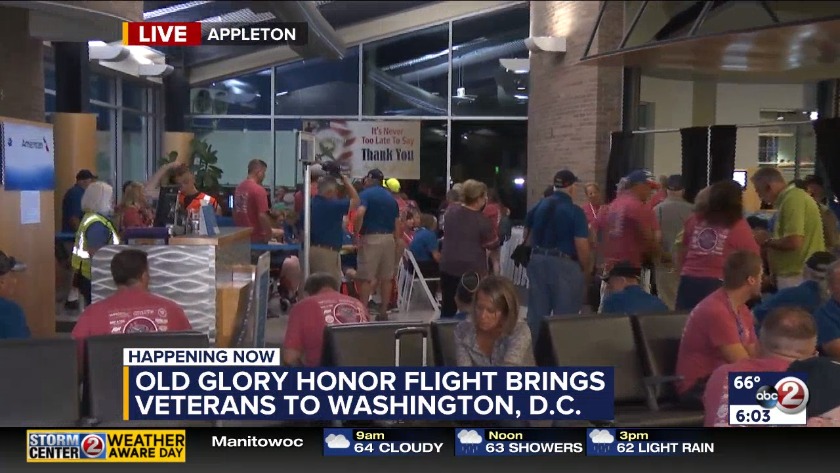 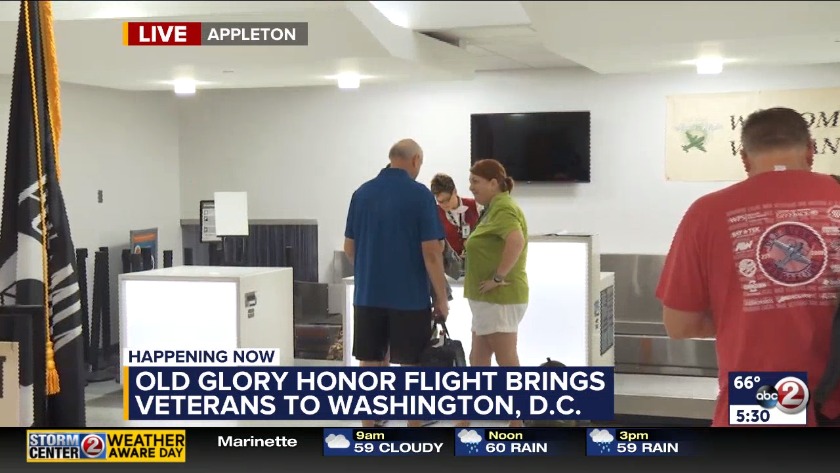 GREENVILLE, Wis. (WBAY) - A group of 100 veterans from Northeast Wisconsin spent the anniversary of 9/11 on an Old Glory Honor Flight to the nation's capital.

These were veterans who served in World War II, Vietnam, Korea, and they spent the afternoon touring war memorials around Washington, DC, and Arlington National Cemetery, after leaving the Appleton airport early Wednesday morning.

Their plane returned to Appleton International Airport just after 8 p.m.

The trap wrapped up with a welcome home celebration that brought out thousands of people. Many dressed in patriotic colors, held signs, waved flags.

Taking this trip honoring these veterans on the anniversary of the 9/11 attacks was not lost on them.

"Quiet and sincere and just reverence, I want to say. Discretion by the Pentagon and the buildings and by the people in general," Steve Cox of Ashwaubenon described.

"We finally got a thank you, so I'm glad after 51 years they finally gave us a thank you, and it meant a lot," Ron Beyersdors of Marion said.

"I put my name on the list several years ago. I didn't think it would ever come about. But it's an emotional day, especially with the comrades my age, and enjoyed every minute of it. It's a wonderful, wonderful organization," Scott Baker of Sturgeon Bay said.

This was Mission 52 for Old Glory Honor Flight.

The next Old Glory Honor Flight is Oct. 23. The organization will fill two 737 planes to give local veterans this amazing opportunity.

"This is an effort by us to be as aggressive as possible to address our growing wait list of wartime veterans," says Old Glory Board member Chris Berkers.