20 of the best Christmas albums of all time 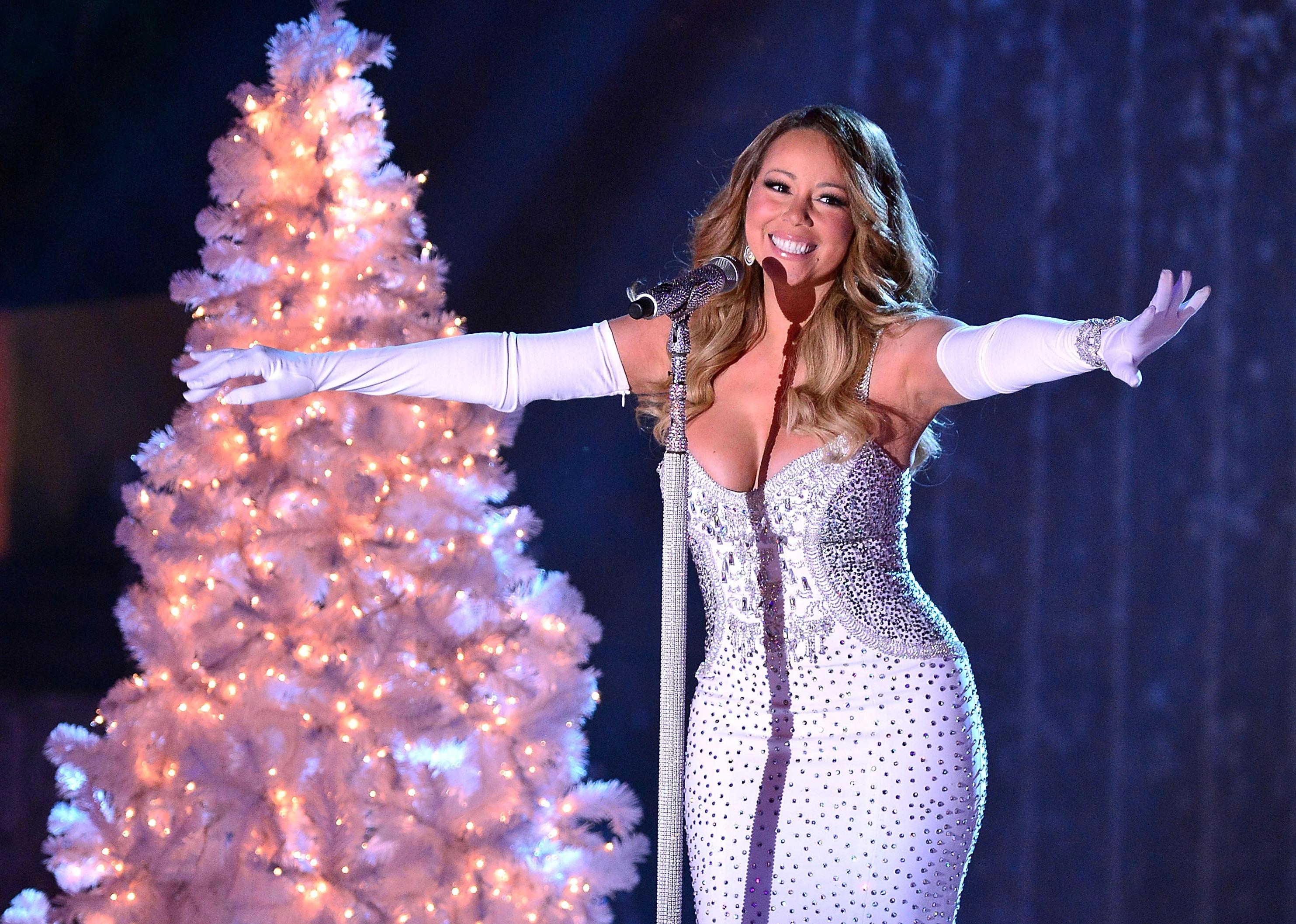 20 of the best Christmas albums of all time

Perhaps more than any other holiday season, Christmas is full of nostalgia. As the years go on, whether anyone likes it or not, it can be nearly impossible to avoid memories of the seasons that have passed and Christmas traditions around the tree, whether spent with family or alone. As different as those holiday memories are for everyone, so is the music often heard during this time, whether it's traditional Christmas carols or new tunes.

With the holiday season fast approaching, Stacker dug into articles and data from a plethora of leading music websites and curated an unranked list of 20 great Christmas albums of all time from various genres and eras.

Of course, traditional Christmas music makes up the majority of the greatest Christmas albums. The tunes that generations came up withâ€”those from such recording artists as Bing Crosby, Elvis Presley, and Nat King Coleâ€”have endured in everyone's memories and hearts. More recent Christmas albums, such as Mariah Carey's now-classic "Merry Christmas," are legendary in their own right. This Christmas music list spans various genres, including hip-hop and country. An excellent Christmas record helps listeners reflect on their memories of the holiday.

You may also like: Lyrics to 50 famously misunderstood songs, explained 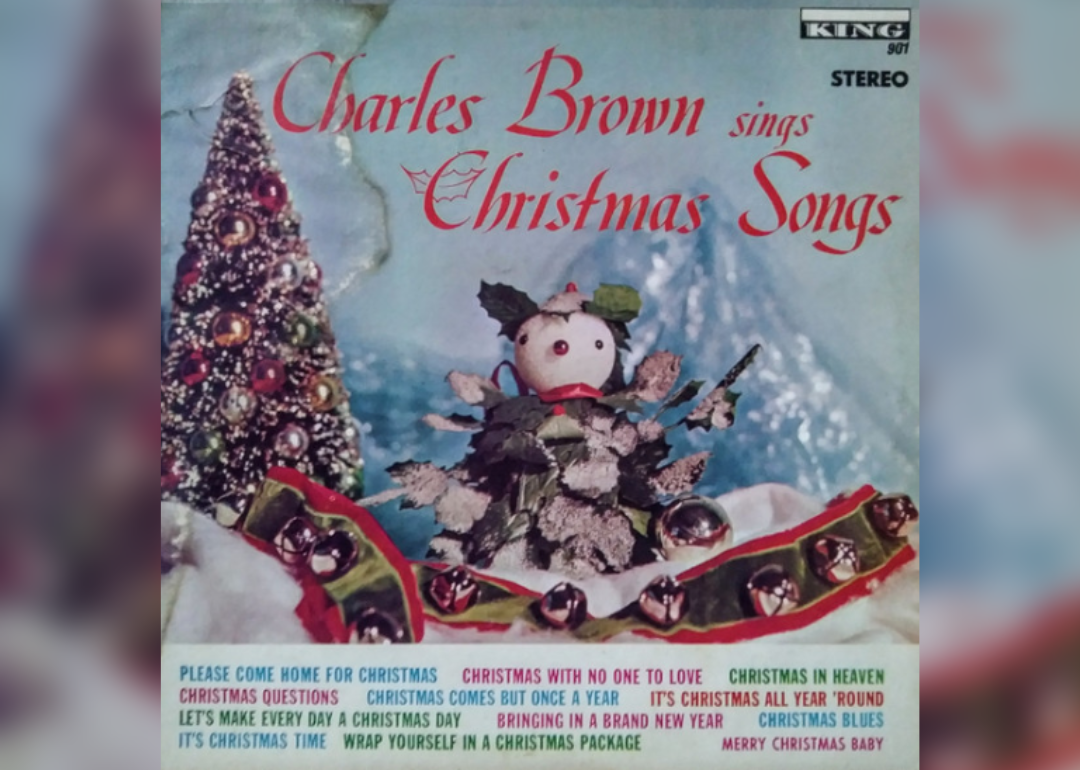 Charles Brown's Christmas album features the highly popular and frequently covered "Please Come Home for Christmas," which peaked at #76 on the Billboard charts in January 1962 and was Brown's only solo Billboard hit.Â Brown co-wrote the song with Gene Reddâ€”though Brown later claimed he was the sole songwriter. Another holiday classic on this album is,"Merry Christmas, Baby," which was originally recorded in 1947 by Johnny Moore's Three Blazers, of which Brown was a member. 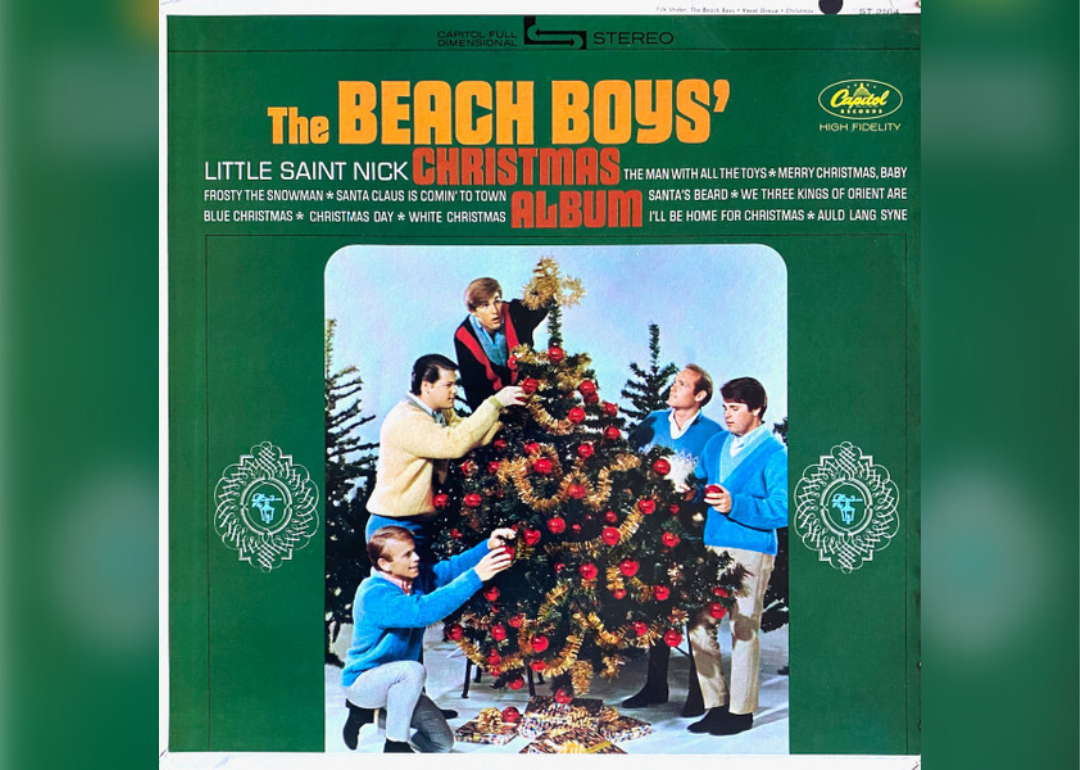 'A Beach Boys' Christmas Album' by The Beach Boys

Consisting of classic holiday songs like "Here Comes Santa Claus," the Beach Boys' seventh studio album was a success. Debuting at #6 on the Billboard Christmas Albums chart when it was released, the album featured not only classic Christmas songs, but five original tracks, as well. The album maintained its popularity in the following decades, with it being certified gold by the Recording Industry Association of America two decades after its initial release. 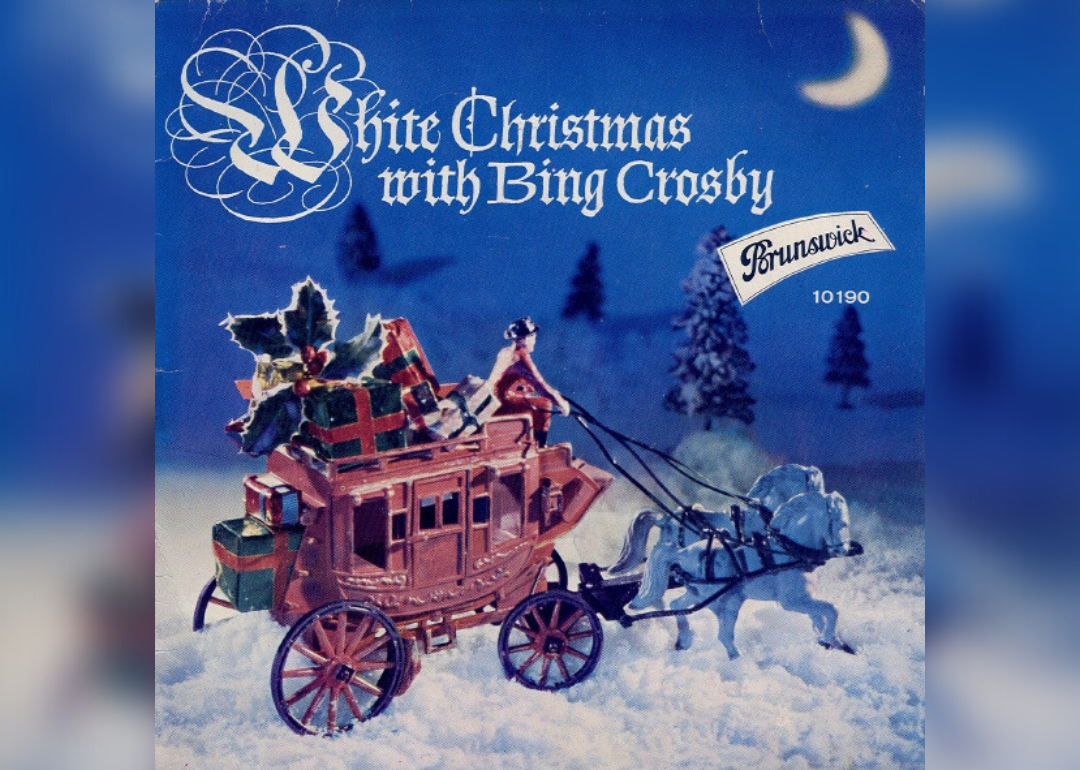 A posthumous compilation of Bing Crosby's most popular Christmas songs, "White Christmas" was a surefire hit. Featuring songs like the acclaimed titular track and "I'll Be Home for Christmas," the album features Crosby at his bestâ€”crooning Christmas tunes that make the holiday feel all the cozier. 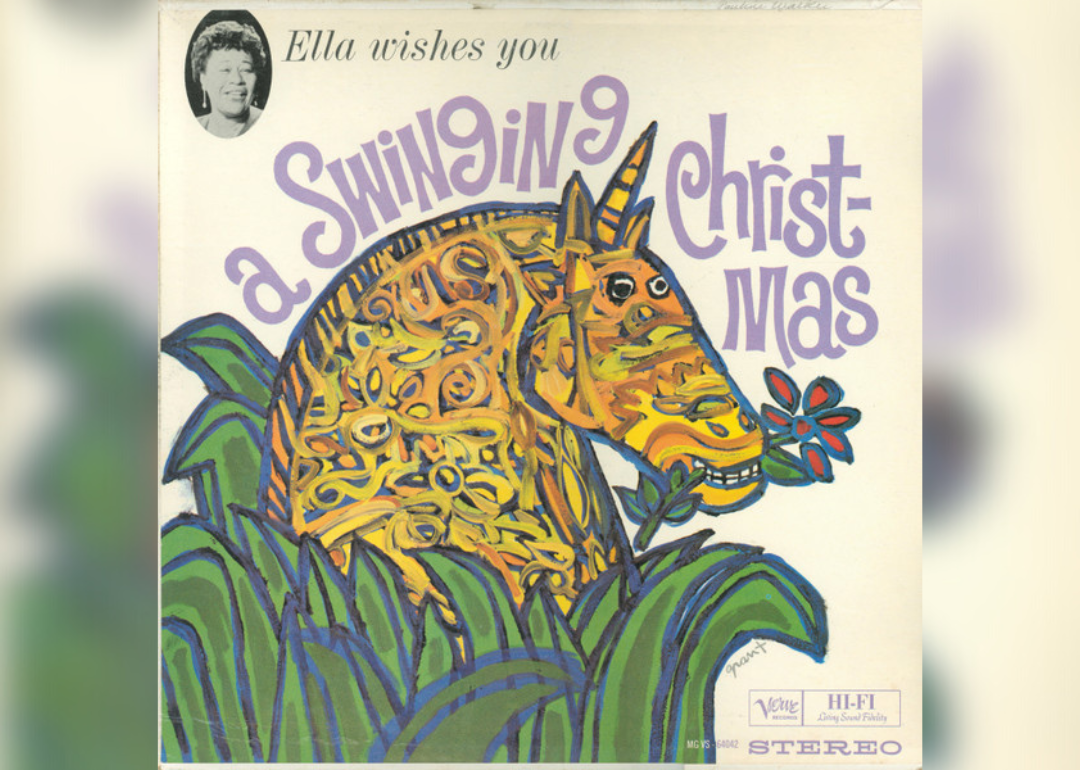 'Ella Wishes You a Swinging Christmas' by Ella Fitzgerald

Ella Fitzgerald's first Christmas album put a jazzy spin on 12 classic holiday songs. The album of secular tunesâ€”from "Jingle Bells" to "Frosty the Snowman"â€”allowed Fitzgerald to display a more spirited and fun side, with each track making the listener feel as though the singer is swinging along with them. 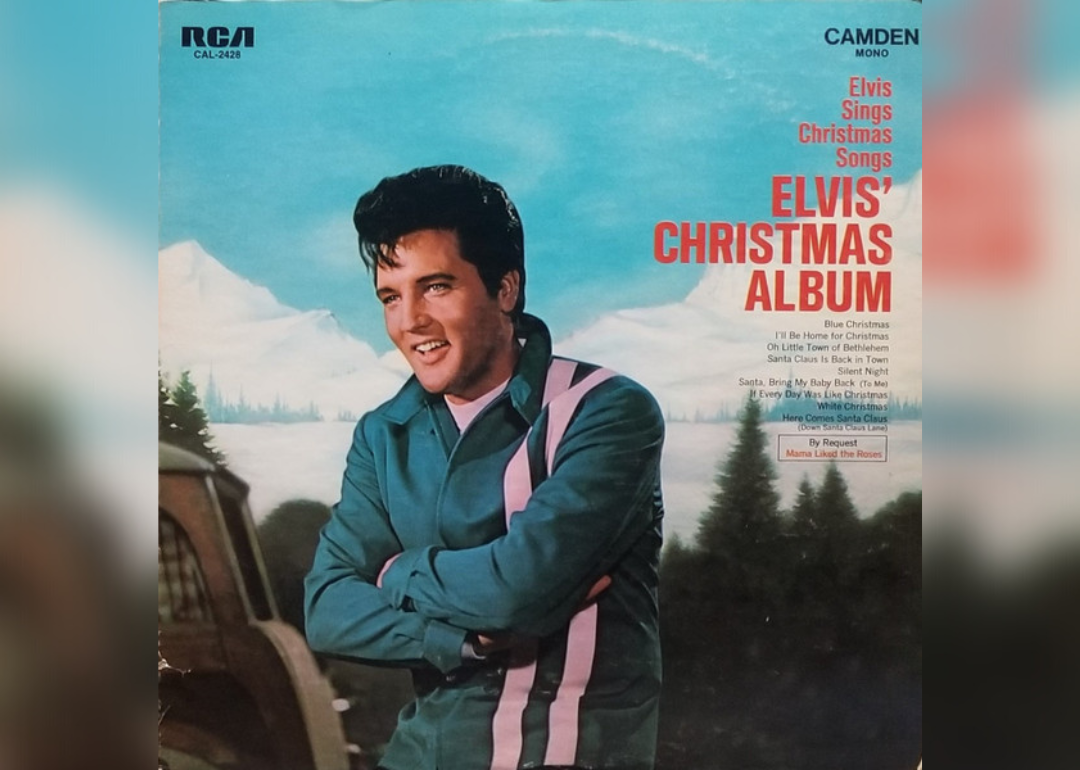 Despite being his third studio album, the Elvis Presley collection of classic Christmas songs became some of his most famous and acclaimed. The album, which featured 12 songs, held the #1 spot on the Billboard Top Pop Albums chart for four weeks, and has since gone three times platinum. Presley's "Elvis' Christmas Album" remains the top-selling Christmas album of all time.

You may also like: #1 pop song from the year you graduated high school 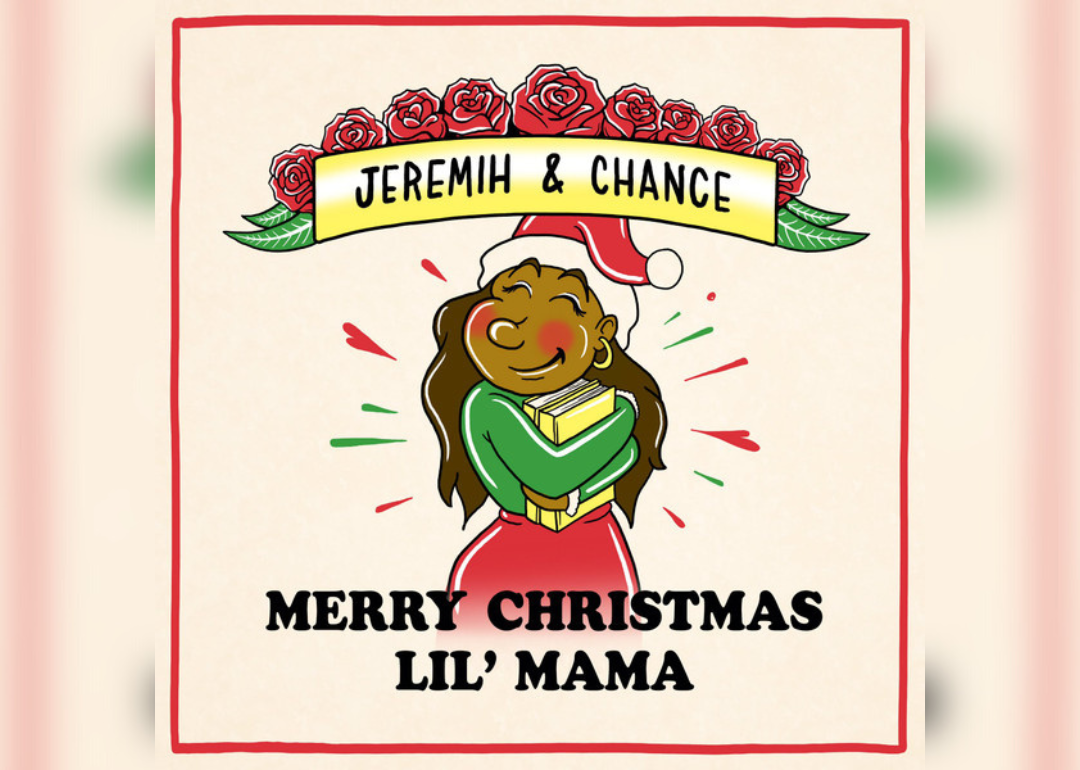 'Merry Christmas Lil' Mama' by Jeremih and Chance the Rapper

Self-released via SoundCloud on Dec. 22, 2016, this collaborative Christmas album was dedicated to the city of Chicago, hometown to both Jeremih and Chance the Rapper. The album has nine original tracks, and features guest appearances from Noname and Hannibal Buress. The album was followed by "Merry Christmas Lil' Mama Re-Wrapped" the following year. 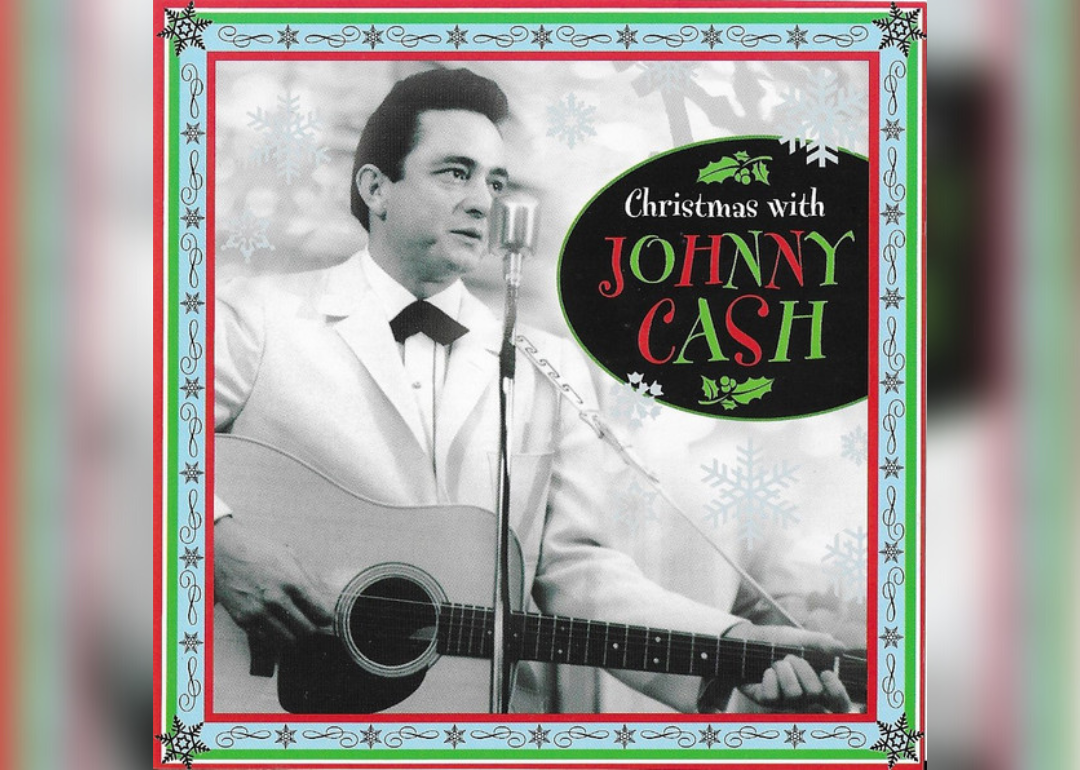 Released the year that he died, "Christmas With Johnny Cash" is an incredible compilation of the country star's greatest Christmas songs. With 12 covers, the album showcases Cash at his best and most fun. 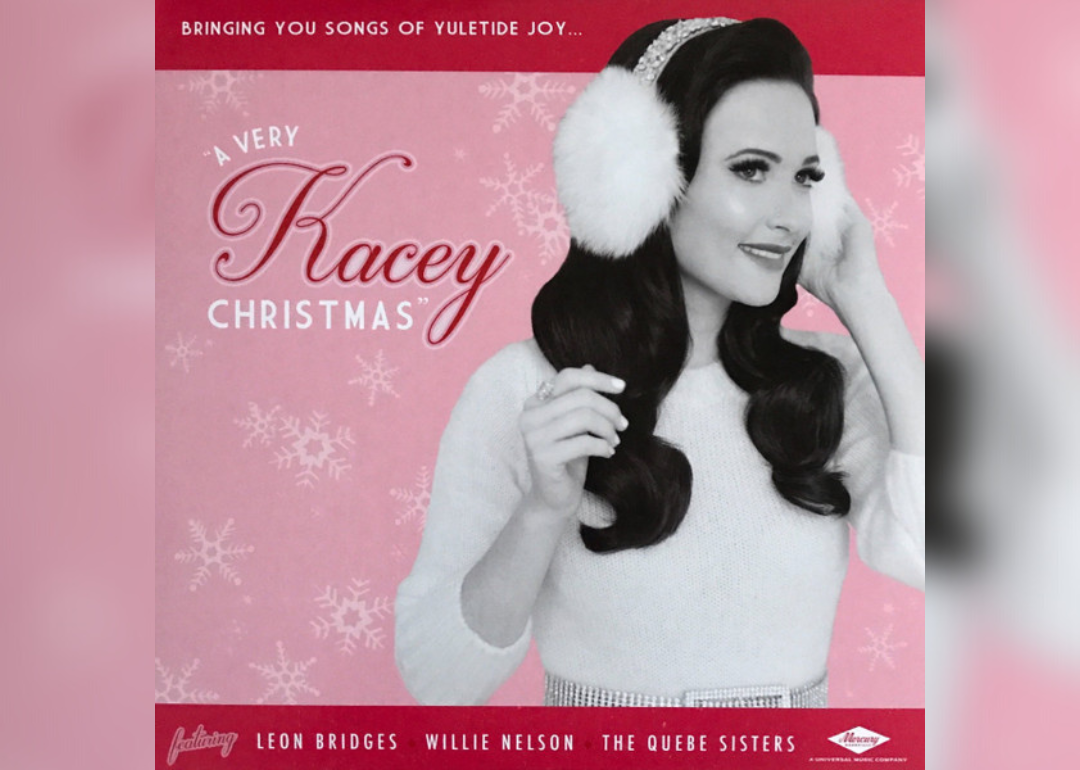 The first Christmas album by country singer Kacey Musgraves, this album is filled with nostalgic tunes, as well as four original tracks by the singer. She gives classic songs like "Let It Snow" a new country flair, while also showcasing her lyrical talent on new songs like "Christmas Makes Me Cry." 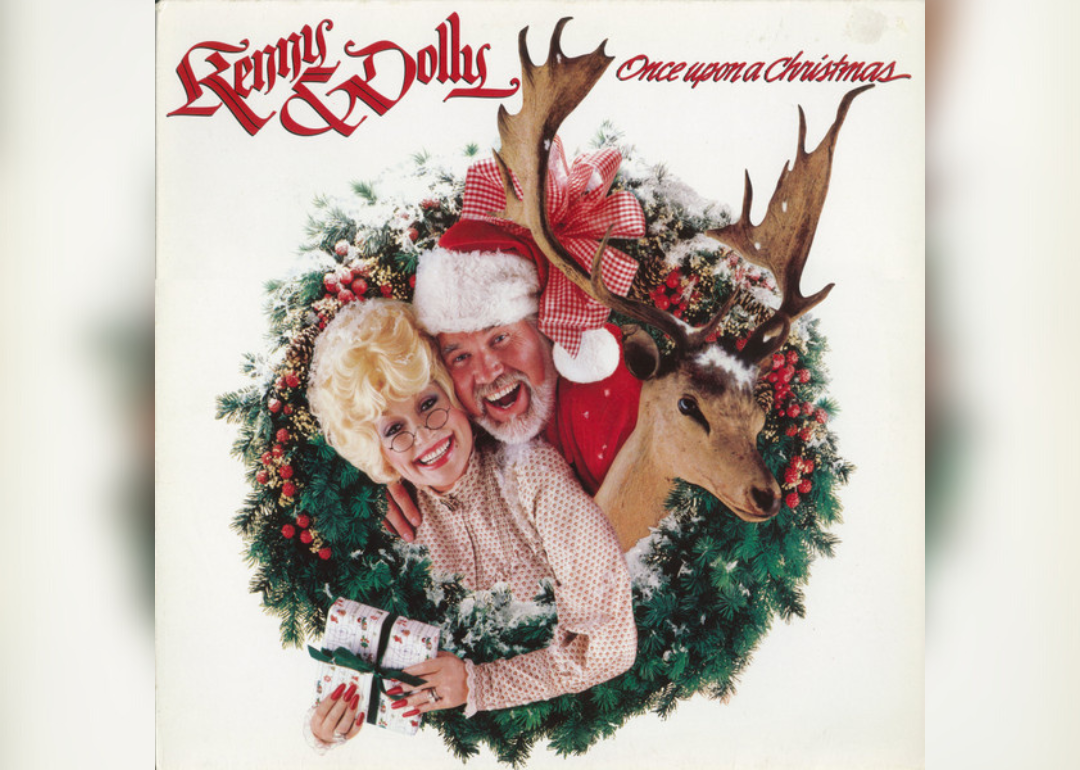 'Once Upon a Christmas' by Kenny Rogers and Dolly Parton

Accompanied by a CBS television special in 1984, "Once Upon a Christmas" was Kenny Rogers' second Christmas album and Dolly Parton's first. It peaked at #12 on the Billboard Top Country Albums chart the following year. The album was certified two times platinum by the Recording Industry Association of America in 1989, five years after its initial release. 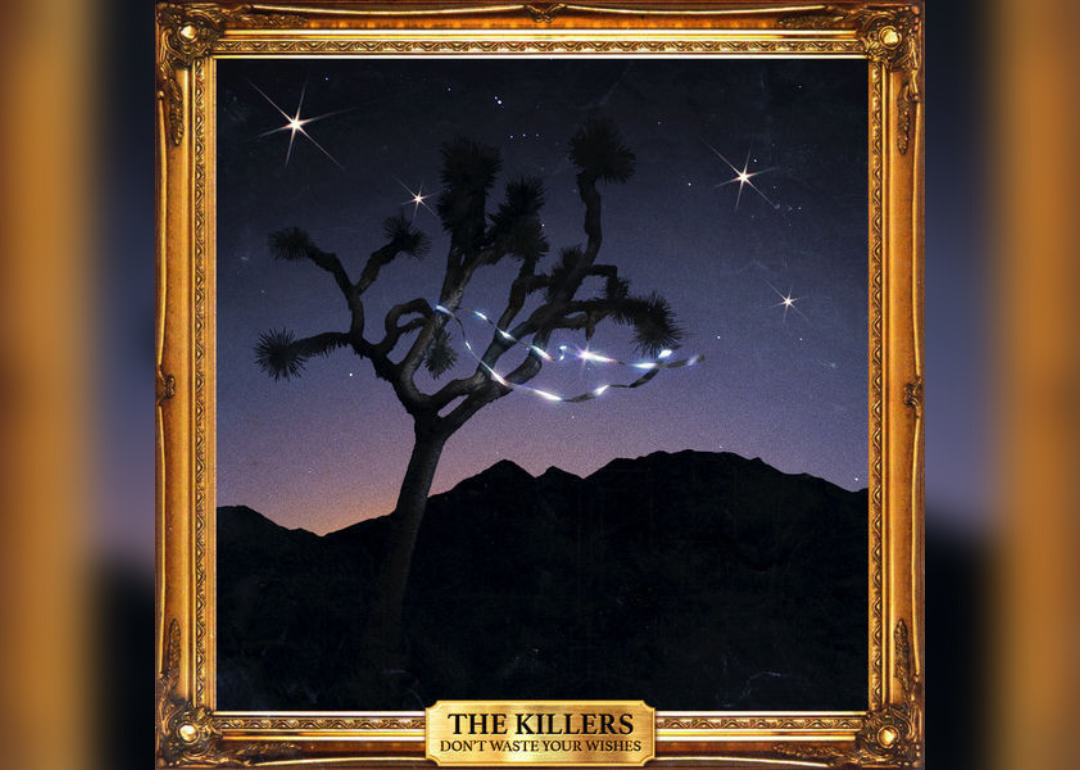 'Don't Waste Your Wishes' by The Killers

Combining annual Christmas singles released by the band from 2006 to 2016, "Don't Waste Your Wishes" was The Killers firstâ€”and onlyâ€”Christmas album. Despite a release exclusively on the iTunes store in 2016, the album was added to Spotify in 2020. The album debuted at #41 on Billboard's Top Rock Albums chart.

You may also like: One hit wonders of the 1960s 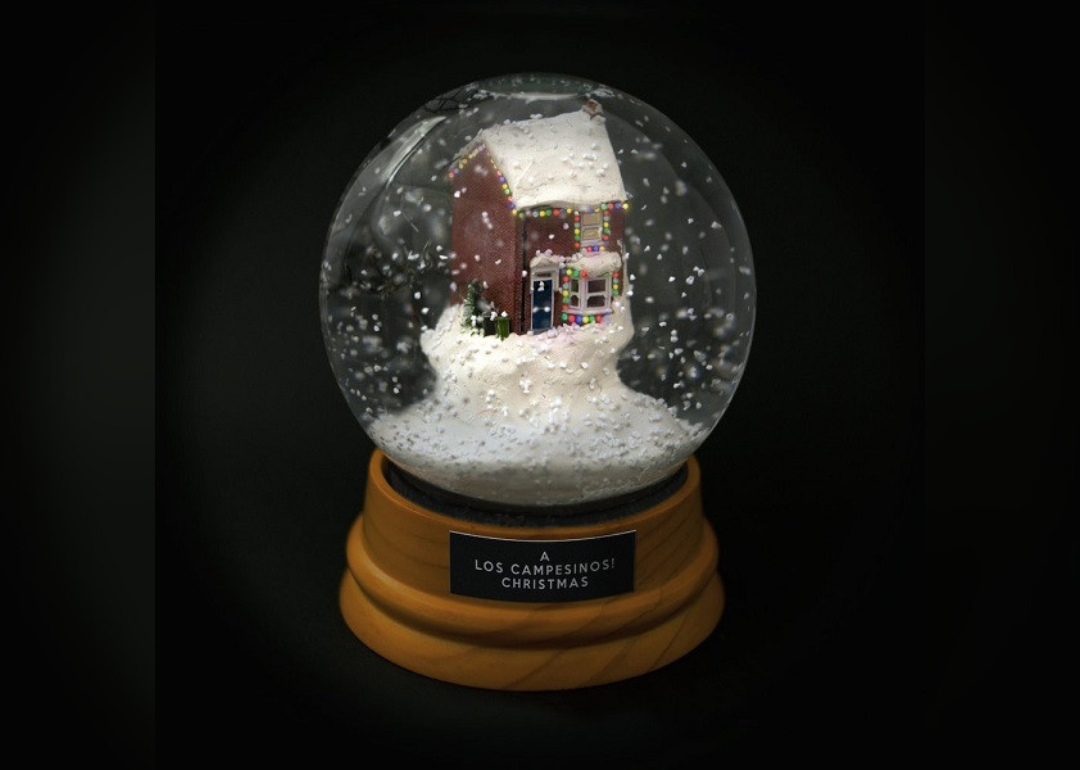 Released by indie Welsh band Los Campesinos!, this album contains five original songs and one cover. The tracks range from displaying a melancholy dream-pop sound to an indie-rock sound more fitting of the band's other music. 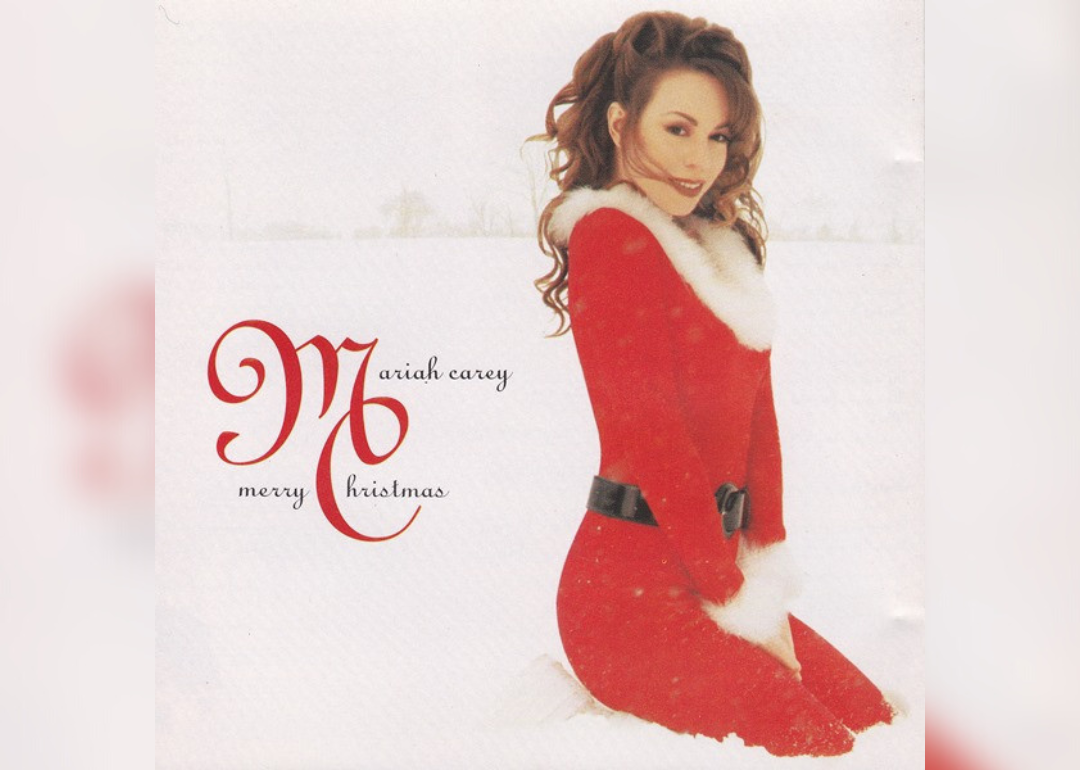 Though the attempts to trademark her self-proclaimed title of "Queen of Christmas" were unsuccessful, Mariah Carey's first Christmas album consisted of covers and original material. The best-known of the original tracks, "All I Want for Christmas Is You" has charted every holiday season since its release. Notably, the song also peaked at #1 on the Billboard Hot 100 in 2019, 25 years after its original release. 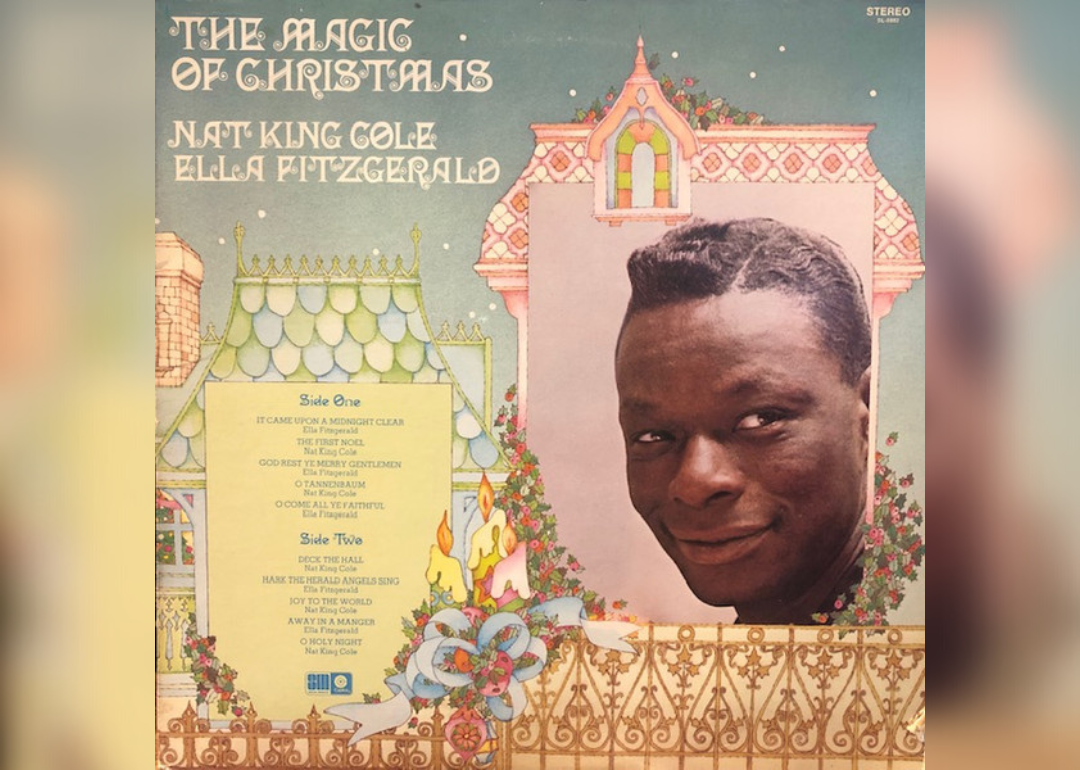 'The Magic of Christmas' by Nat King Cole

Despite recording several holiday songs as singles earlier in his career, "The Magic of Christmas" remains Nat King Cole's only Christmas album. It reached #1 on the Billboard Christmas Albums chart upon its release and remained there for two weeks. 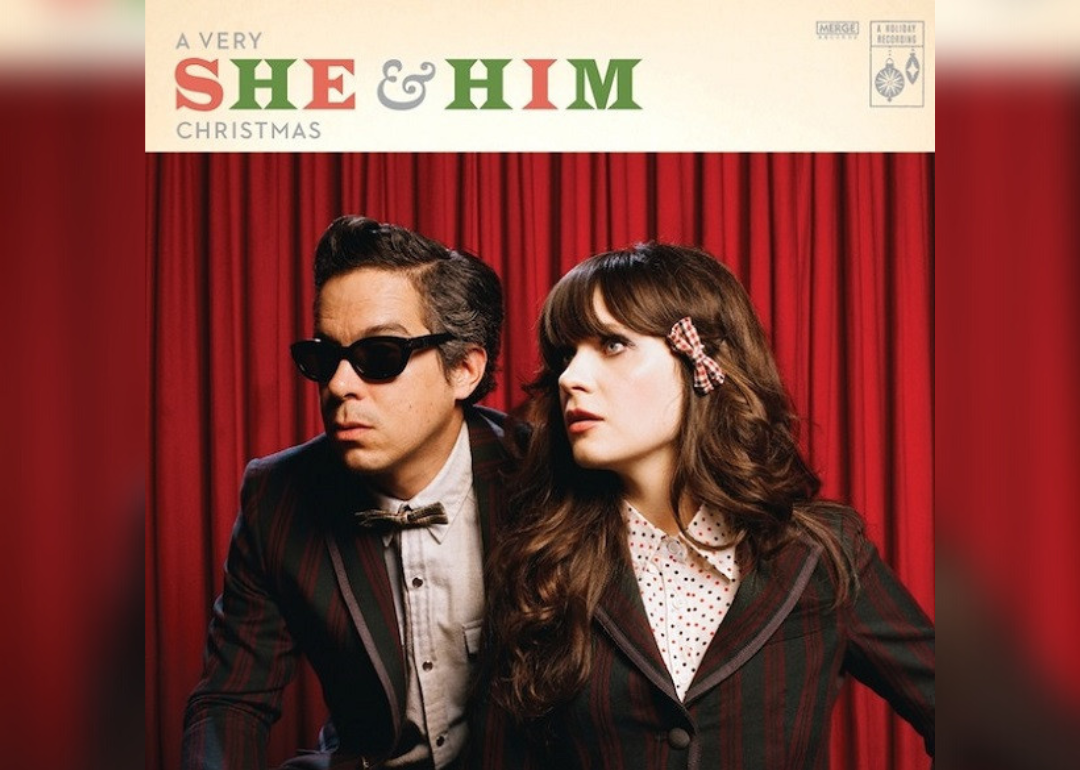 She & Him are the actress Zooey Deschanel and musician M. Ward, and this was their first Christmas album. It includes the songs "Have Yourself a Merry Little Christmas," "Last Christmas," "Little Saint Nick," and others that everyone can enjoy. The album went to #1 on Billboard's U.S. Folk Albums chart and the U.S. Independent Albums chart. 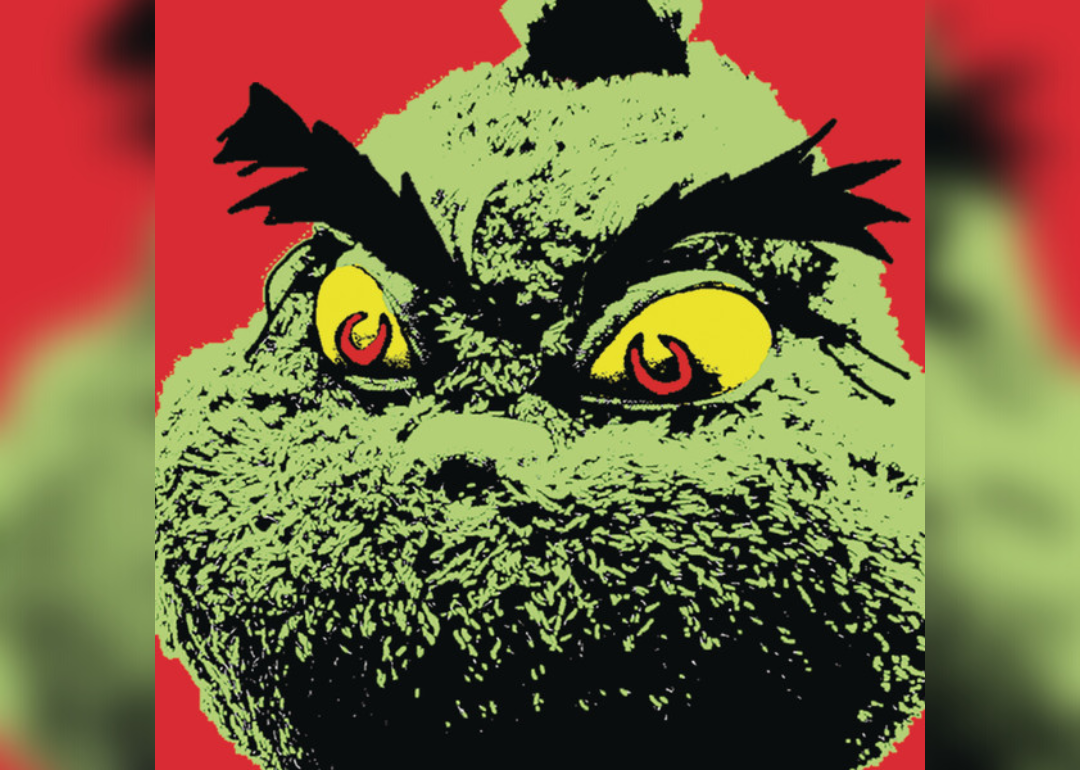 'Music Inspired by Illumination & Dr. Seuss' The Grinch' by Tyler, the Creator

Accompanying the 2018 animated film "The Grinch," the theme album "Music Inspired by Illumination & Dr. Seuss' The Grinch" is Tyler, the Creator's first Christmas album. Consisting of original tracks from the rapper, the six-song EP is an innovative take on the Christmas album.

You may also like: Iconic music videos from your high school days 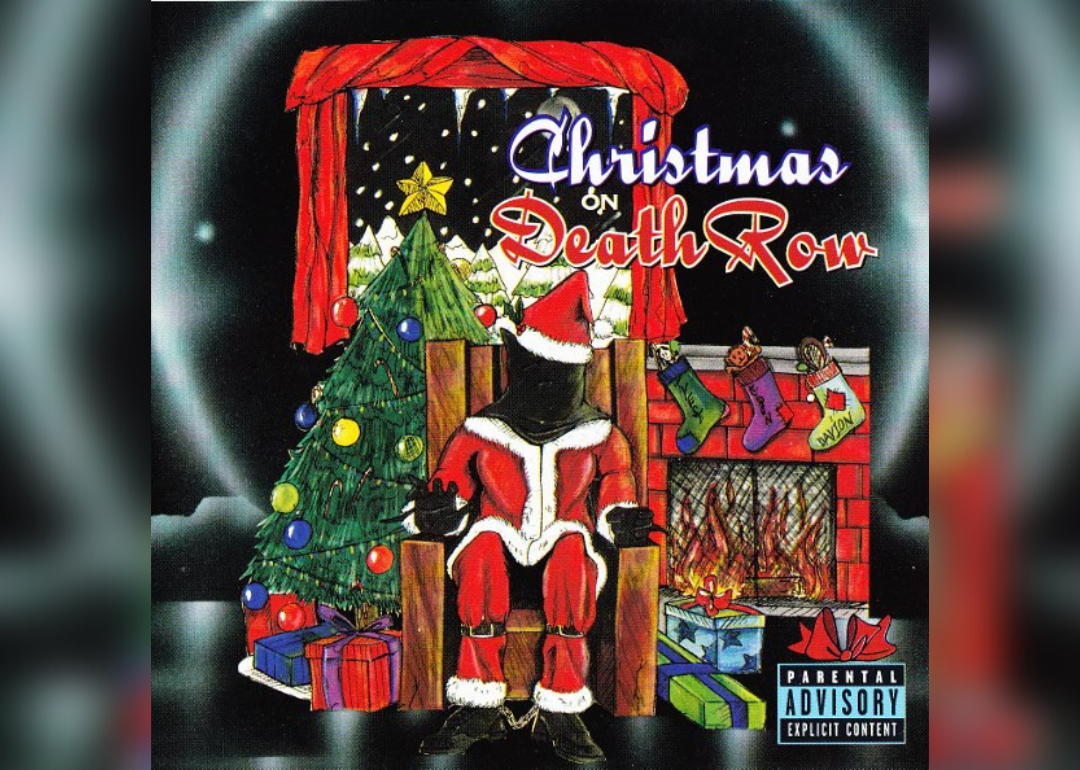 Featuring songs by popular artists from Death Row Records, the album includes both covers and original songs. "Christmas on Death Row" was the first and only Christmas album from the label and peaked at #30 on the Top R&B/Hip-Hop Albums chart. 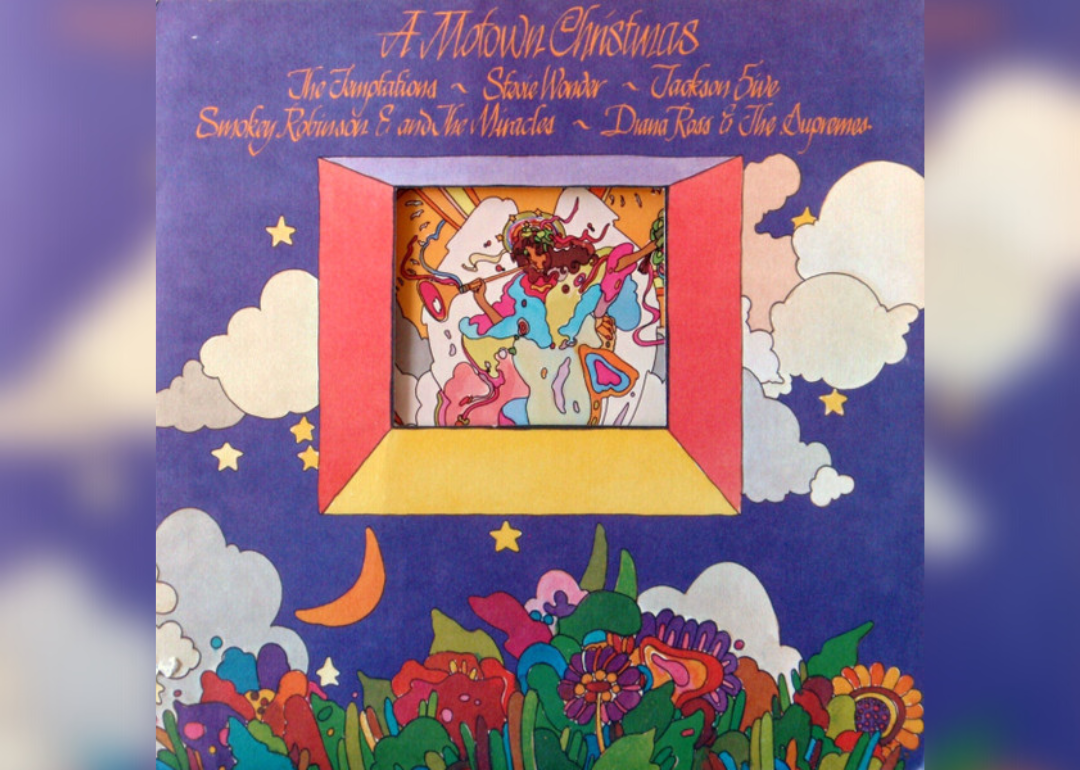 'A Motown Christmas' by various artists

This Christmas compilation features covers from popular Motown artists like the Jackson 5, The Supremes, The Temptations, and Stevie Wonder. Although the album was recycled into different packaging throughout the decades, it was finally reissued in 1992. 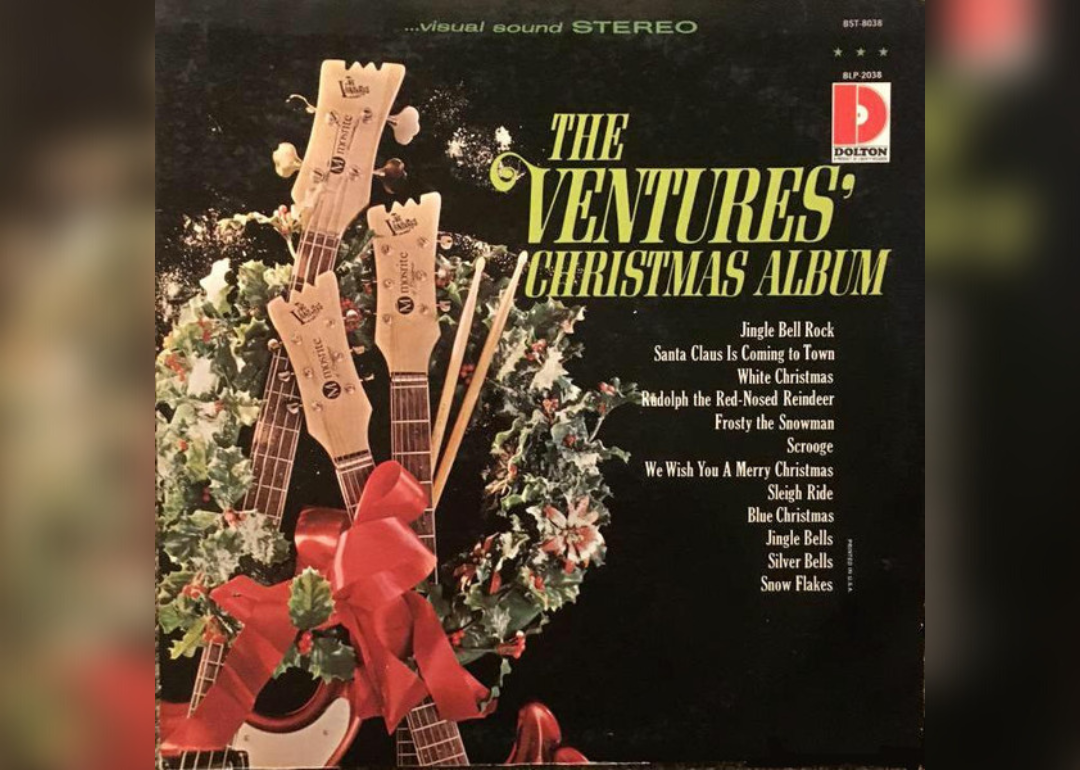 The Ventures are an instrumental rock band and have released two Christmas albums. This offering includes covers of classic Christmas tracks and is an instrumental album, making it the perfect mood-setter during the holidays. 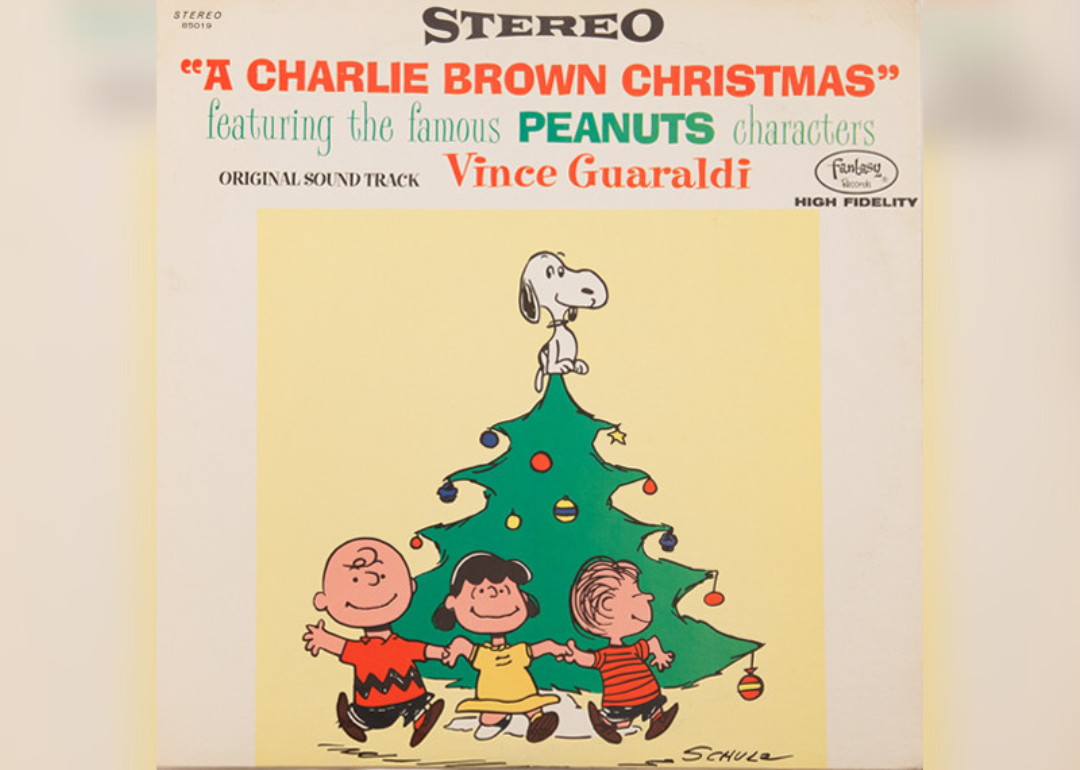 Featuring covers of songs like "O Christmas Tree" and jazz pianist Vince Guaraldi's own original work, "A Charlie Brown Christmas" remains one of the most beloved Christmas albums. The record charted on the Billboard Christmas Albums chart every holiday season from 1988 through 2003. 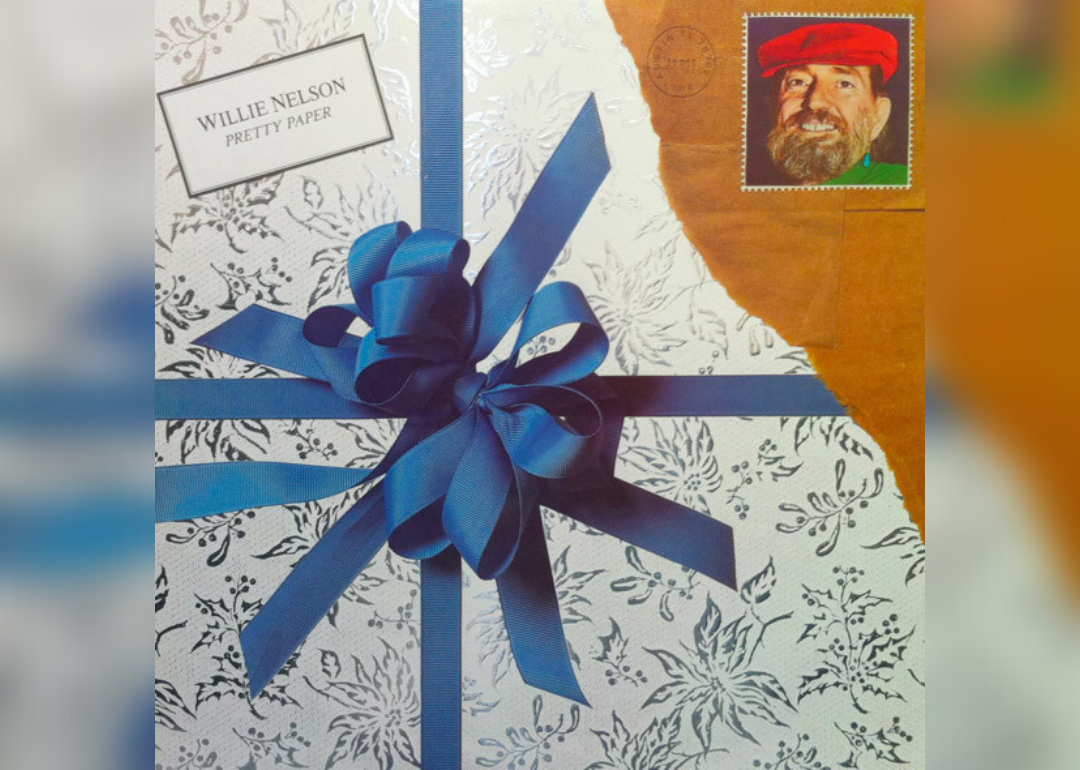 "Pretty Paper" was the first and most successful Christmas album recorded by country legend Willie Nelson. Since its release in 1979, the album has been certified platinum by the Recording Industry Association of America.

You may also like: Most covered songs of all time

One homeless man stabbed, another arrested in Green Bay

Man convicted in 1986 killing of Lisa Holstead in Green Bay

50 of the best Christmas movies of all time

15 unconventional Christmas albums from the past 50 years