The best new beers in the world, according to Beer Advocate

The craft of brewing the perfect beer is booming— it seems like beer drinkers can’t get enough.

Breweries in the United States grew 390% between 2010 and 2020, according to the Brewers Association, and it’s not the usual household names soaring, either. While two of the largest beer companies in the world, Anheuser-Busch InBev and Molson Coors, together comprised roughly 77% of total beer sales in the United States in 2011, that share dropped to 58% in 2021, as interest in smaller craft brewers continued to rise.

With so much creative innovation in the craft brewery space, consumers are willing to pay more for a carefully crafted beer to perfection, even if that means beer prices increased by 33% in the last decade. But how do you know which brews are the best of the best?

Stacker compiled a list of the best-rated new beers in the world, using ratings from Beer Advocate. The list was created choosing those new beers with the best score according to Beer Advocate, choosing only beers with more than 11 ratings (the average ratings for new beers). In the case of a tie, the ranking against all beers is the tiebreaker. To be able to show some diversity in the origins of the beers, Stacker selected a maximum of five beers per brewery for the ranking.

You may also like: 3-ingredient recipes you can make right now 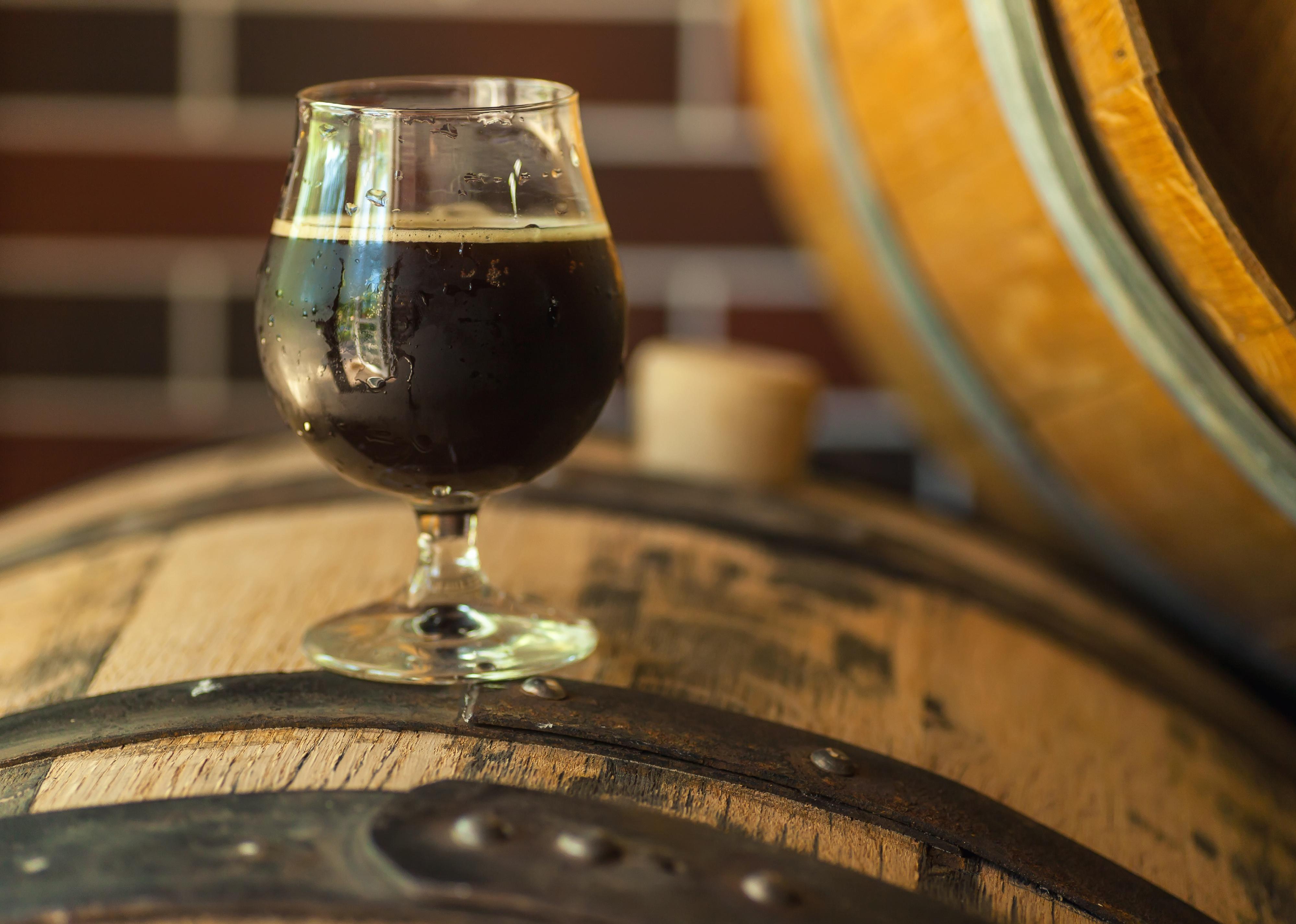 As a funny word play on the usual "half and half" creamer, this brew is a mix of barrel-aged and non-barrel-aged Imperial stout, with notes of blueberry and coconut. This creative brew comes from Great Notion Brewing, which prides itself on making brews that "keep beer fun" with cans designed to look like individual art pieces. 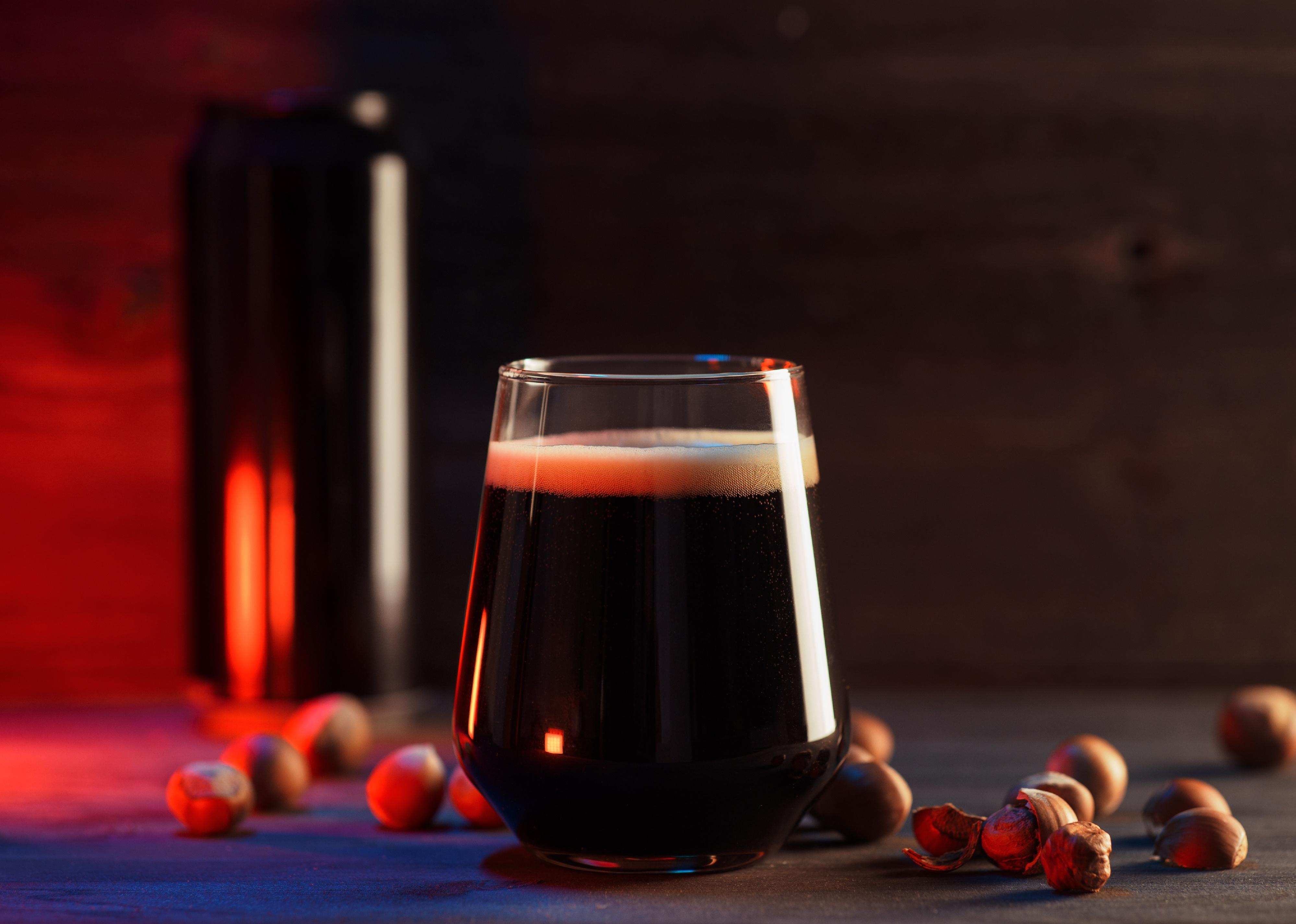 Although Founders Brewing Company offers other well-known brews across the globe, their Kentucky Breakfast Stout (KBS) is secretly their best of the best. The rich flavor in this stout is thanks to the massive amount of hazelnut coffee and chocolate that is brewed with it, then aged in a bourbon barrel to give it that elevated finish. 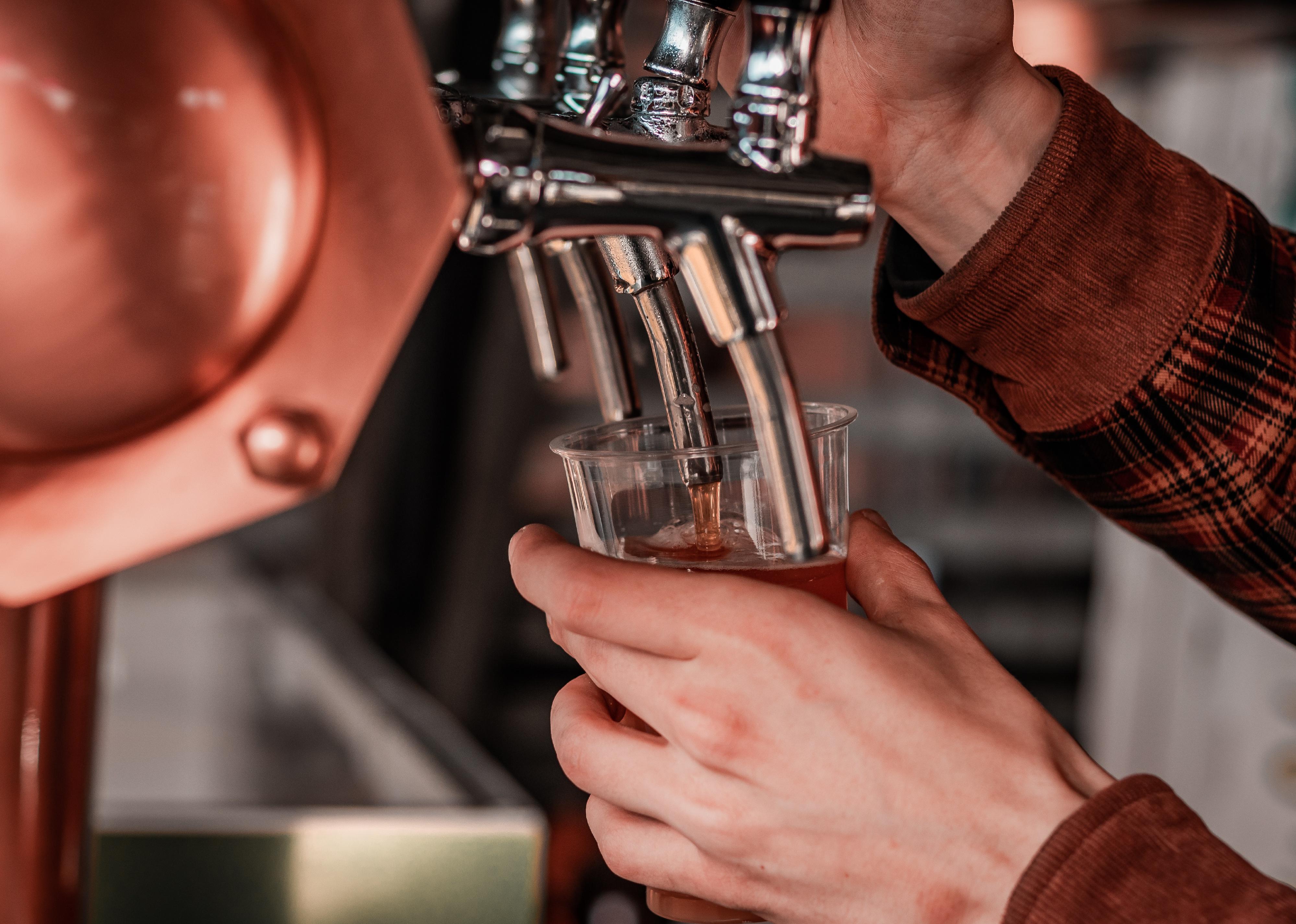 To quote Equilibrium Brewery, this brew will have you questioning how they got a "melted orange creamsicle fruit bomb" into a can. The King AL is what you would imagine the color of a tropical sunset to taste like. With flavors of mango sorbet, freshly squeezed navel orange, creamsicles, and fruit salad, this beer brings on a blast of flavor with that hazy opaque yellow color and danky grass finish—exactly what you would expect from a New England IPA. 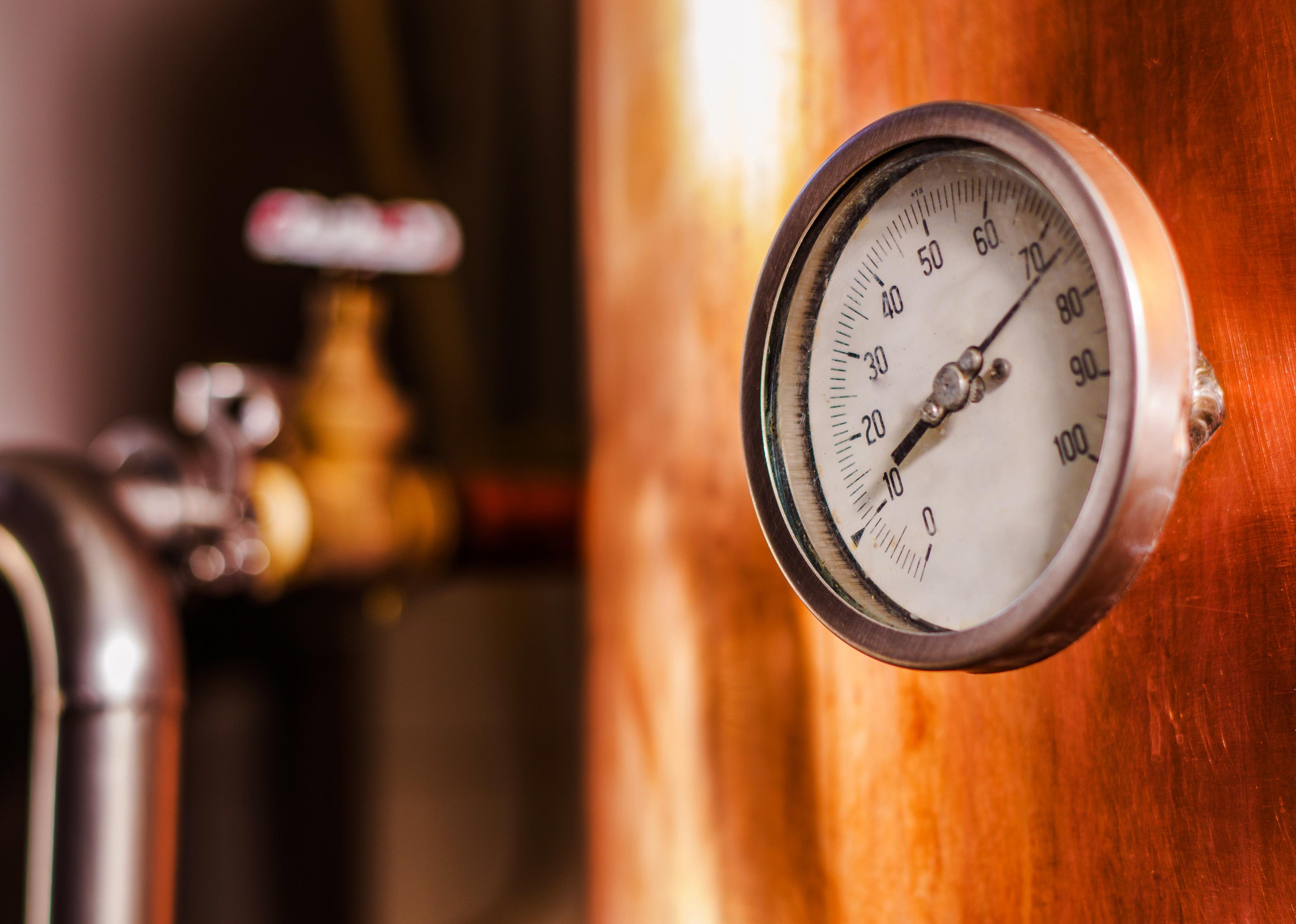 This barrel-aged stout clocks in a higher ABV (alcohol by volume), making it a powerful brew overflowing with flavor. Brewed with toasted coconut and maple syrup, the Cocomungo is then aged in Willet bourbon barrels for one year, making it a standout stout. "3 Floyds got this one right," said a Beer Advocate reviewer. "The big coconut sweetness carries the overall flavor." 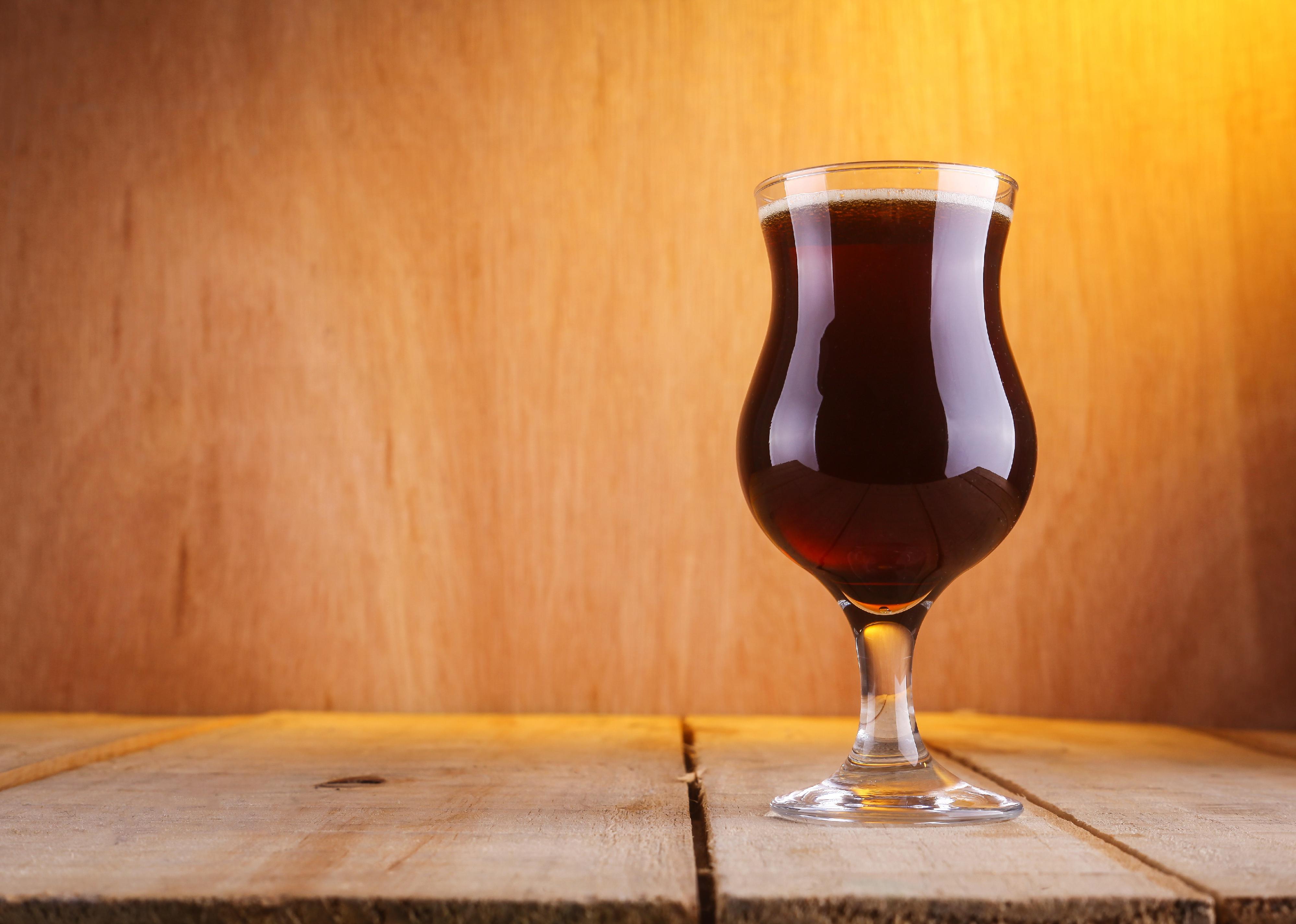 A unique offering compared to the usual stouts, lagers, and IPAs, Brew 6000 is an English-style barleywine ale that is aged in 10- to 15-year-old single-use bourbon barrels with floor-malted English barley and Noble hops for 16 months. It is sweeter in taste with flavors of brown sugar, vanilla, caramel, toffee, and dried fruit. This beer was created to celebrate Fremont Brewing Company’s 6,000th brew. "What an outstanding beer! From the already exquisite looks and smell to an exceptional toffee-like taste to a damn perfect big beer mouthfeel, this one is a killer," said a Beer Advocate reviewer. 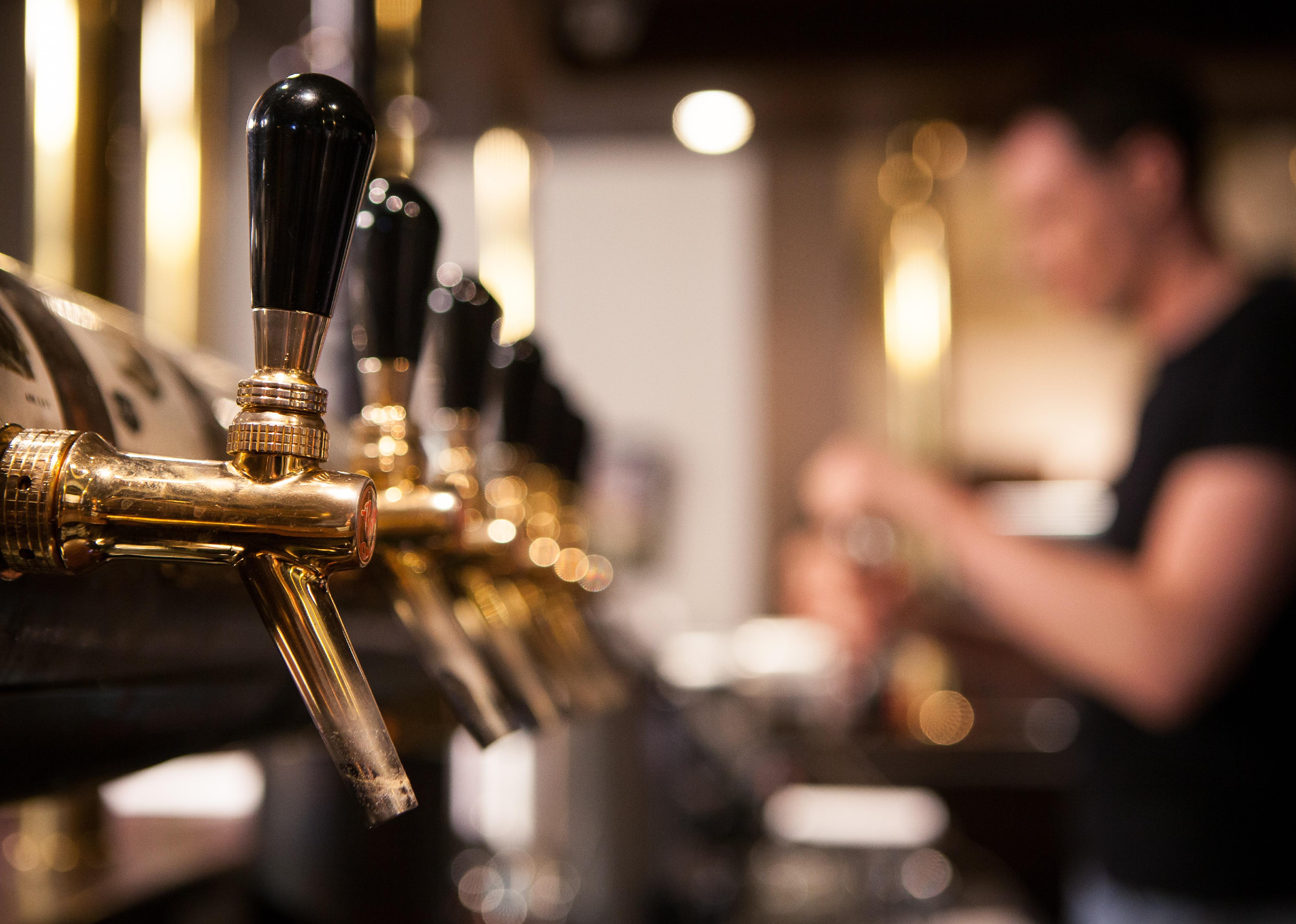 In a project to "find the limit" for the ultimate hoppy IPA experience, Tree House Brewing Company’s latest brew went through trials of batches to find the perfect balance of residual sugar content, alcohol content, and dry hop volume. Their tireless efforts paid off, with one Beer Advocate reviewer calling it a Tree House beer "on steroids." They also mention that while this beer has a hoppy bite, the smooth sweet vanilla and hints of butterscotch smooth it out, rounding out a dry and herbal finish like "embers from a fire." 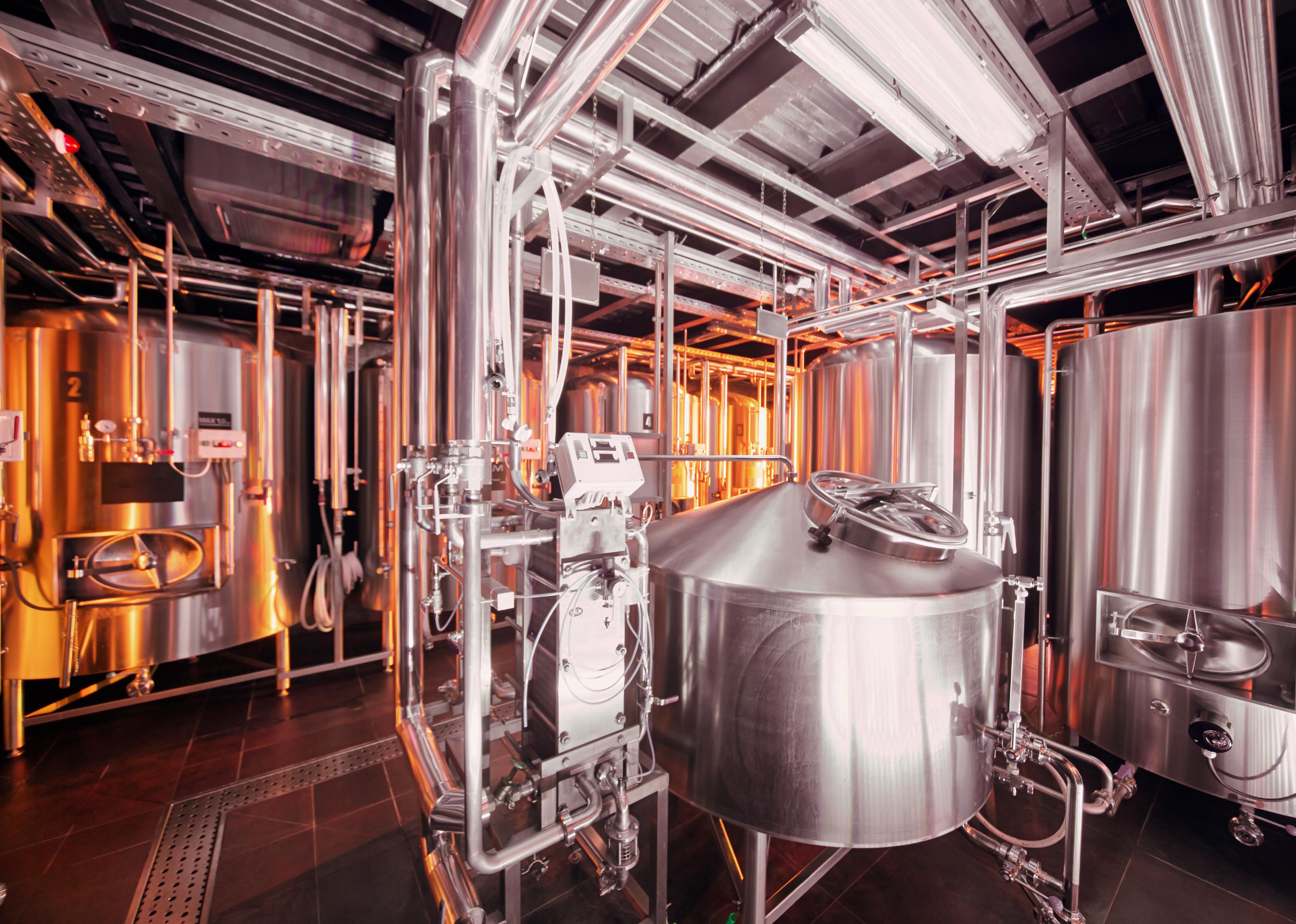 This hop-forward Imperial Oat Cream IPA with hints of milk sugar gives it a creamy taste that leaves beer snobs stunned. "Just about the perfect embodiment of a hazy IPA," said a Beer Advocate reviewer. "Virtually like drinking a mango orange purée. Creamy and pillow-soft mouthfeel." 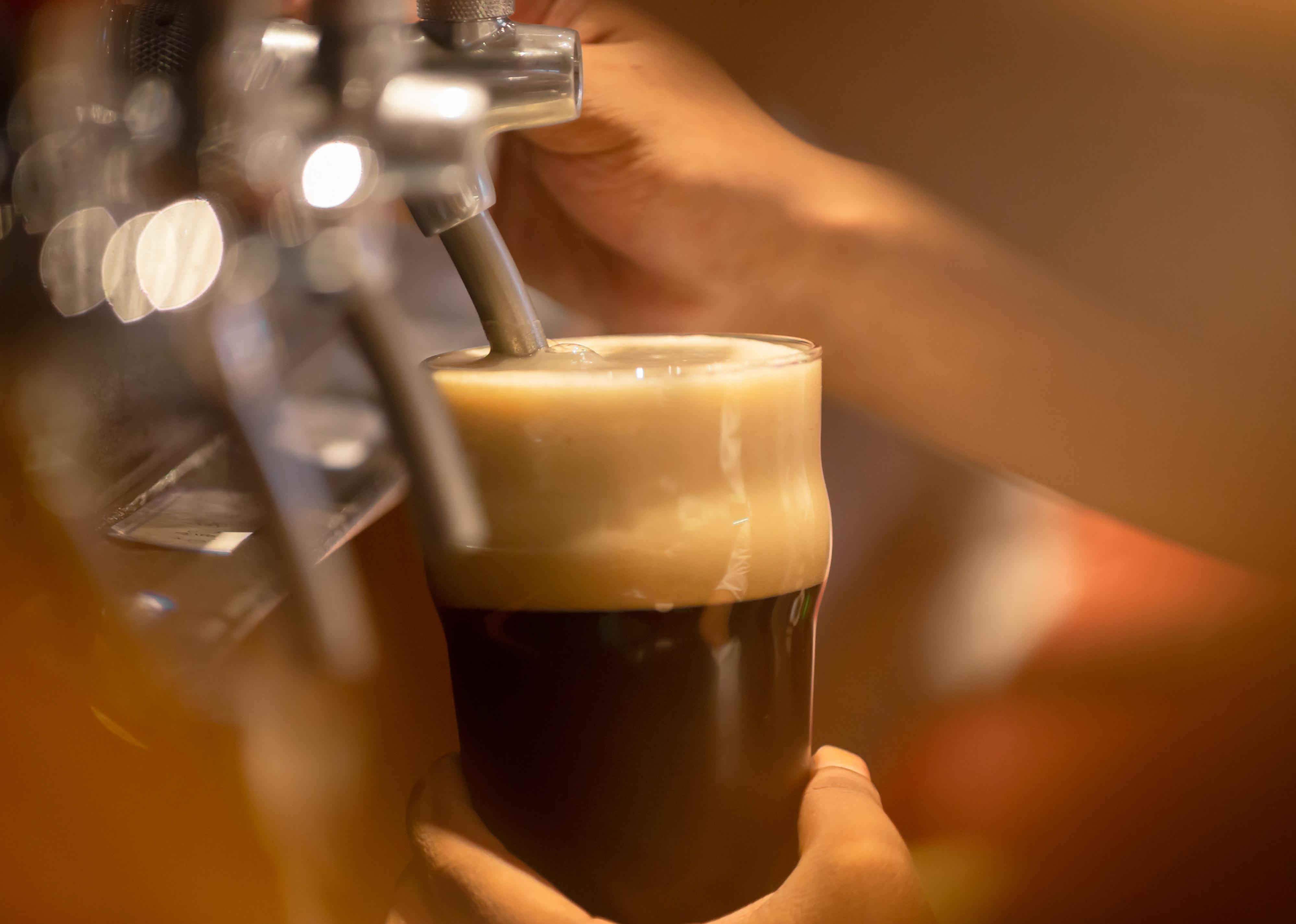 The Endless: Cacao is like enjoying a spoonful of decadent, fudgy brownie in every sip. With notes of rum, bourbon, and freshly baked chocolate candy, this stout is as decadent as your favorite chocolate dessert—but better. Beer Advocate reviewers call this beer "impressive" and "very well done." 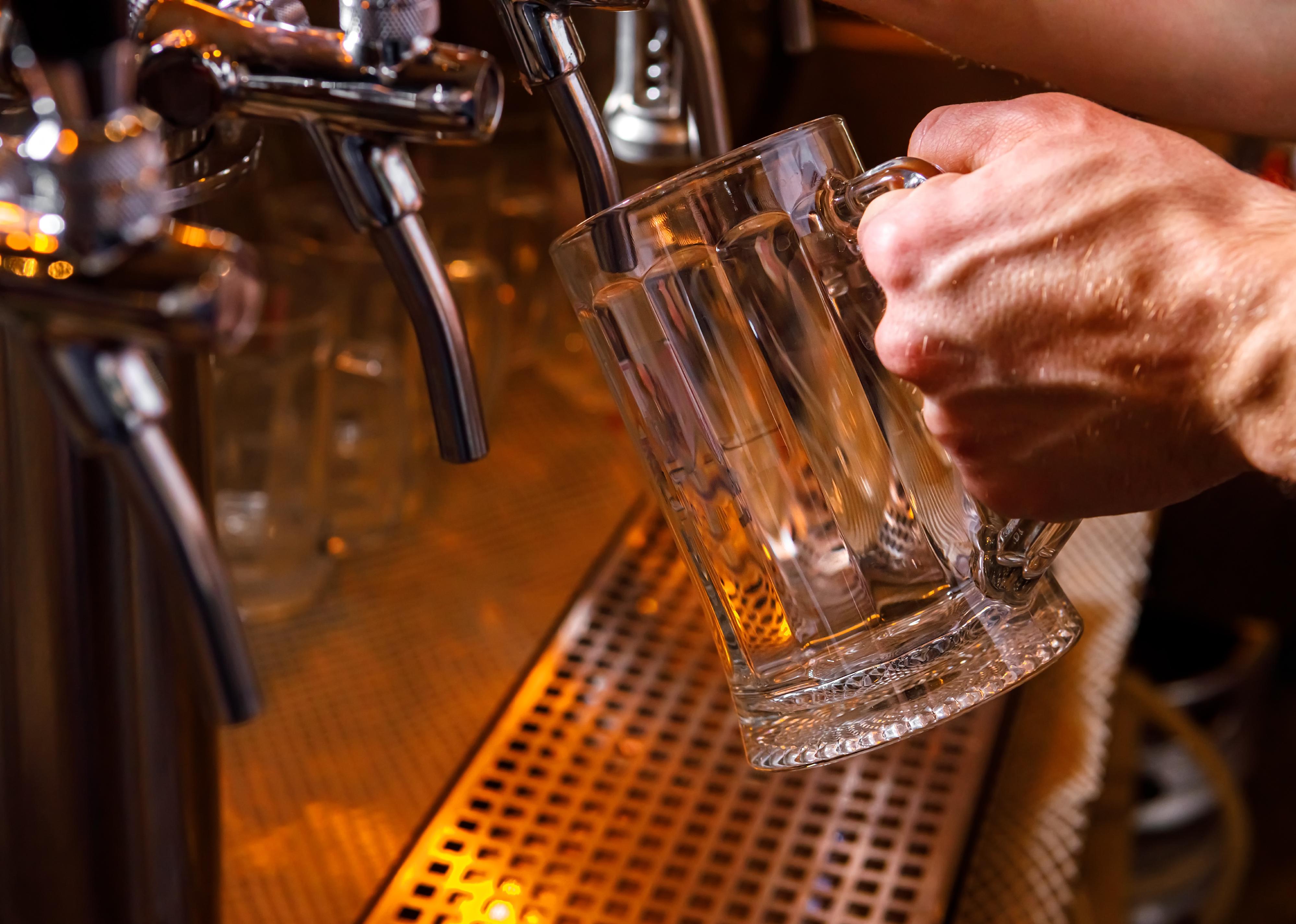 #17. Ghost In The Laboratory

Another top Equilibrium brew, the Ghost In The Laboratory is referred to as "the heaviest dry hop" in the brewery’s history. With extreme notes of mango and tropical nectar, the taste of this beer is strikingly similar to drinking a creamy mango smoothie, with tangy orange notes and an orange creamsicle finish. 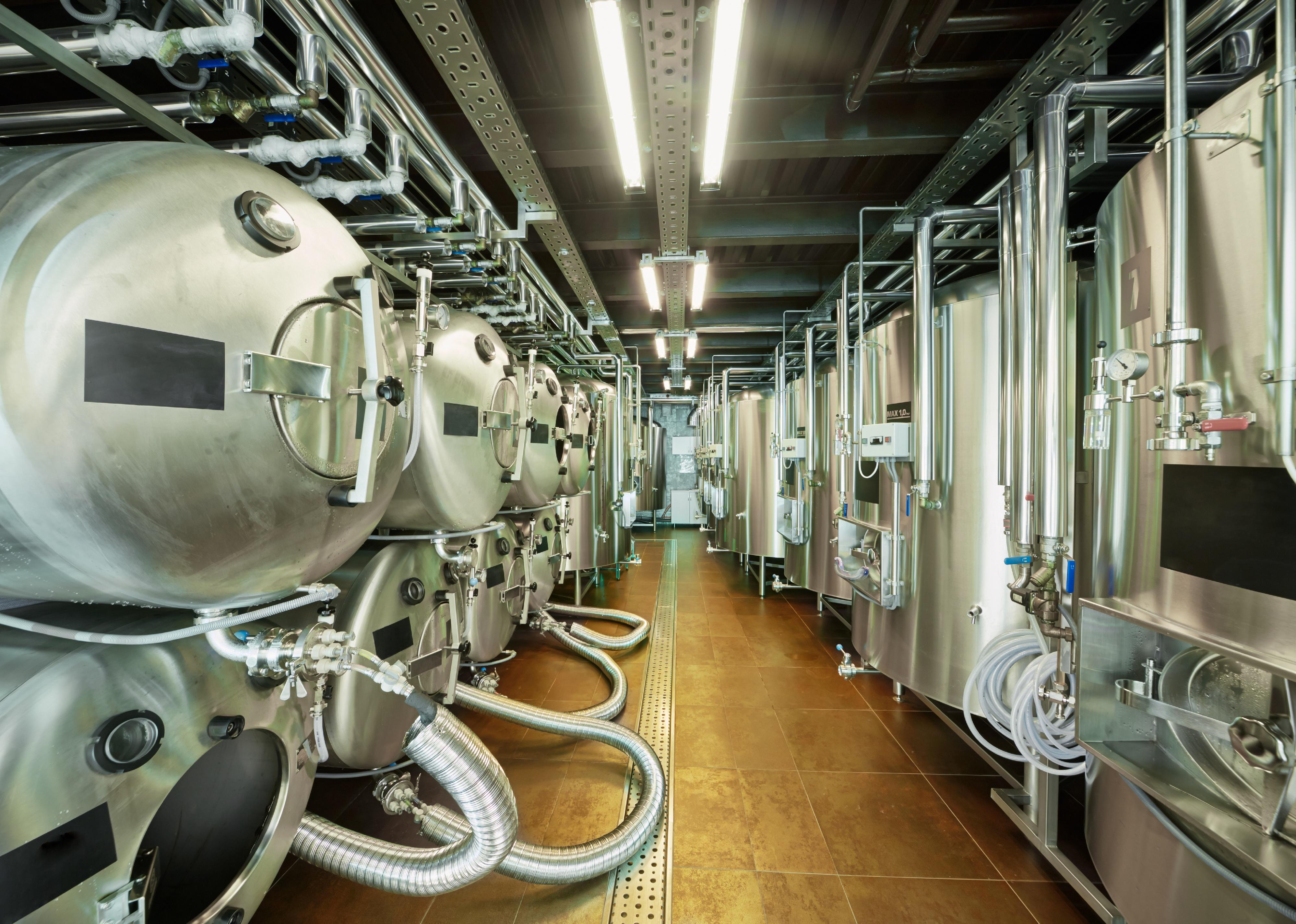 For an intensely hoppy experience, Tree House Brewing Company said there’s none other like Project Find The Limit #10. Beer Advocate reviewers are raving about it, calling it "a true torrent of texture handled with thoughtful expertise." In a journey to reach the hoppiest brew, Tree House continues to experiment with what happens to a brew when adding in "extra" dry-hopping, asking the public if their latest brew has found a hoppy limit—which begs the question, does the limit even exist? 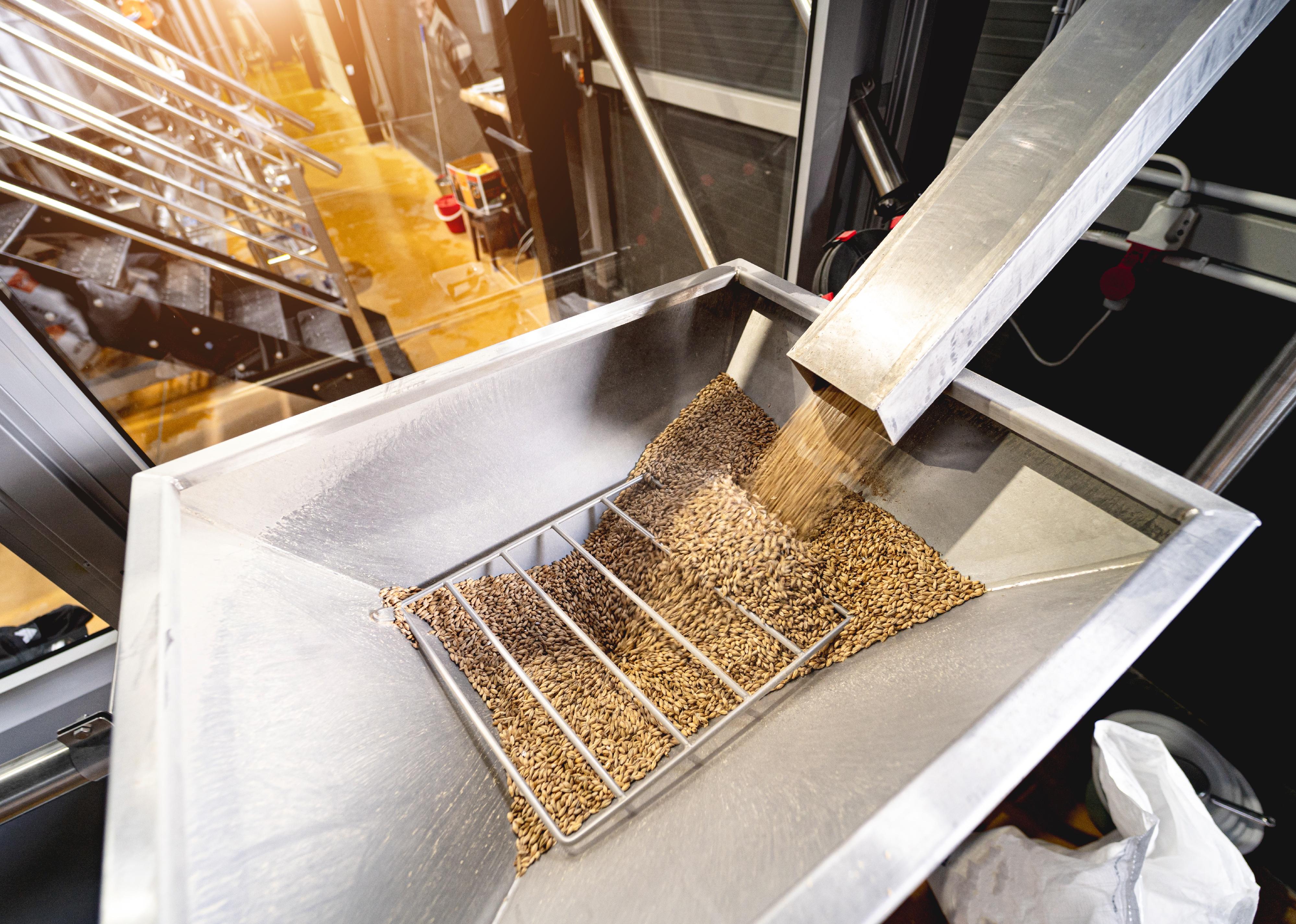 This traditional English barleywine is given a new age twist, mixing in a blend of traditional Aaron barleywine-style ale in bourbon barrels (dating back to their start in the 1800s), as well as freshly emptied Cognac barrels. The mixture in this barleywine ale creates a harmonious taste with one Beer Advocate reviewer calling it "one of the best barleywines that I’ve had so far." 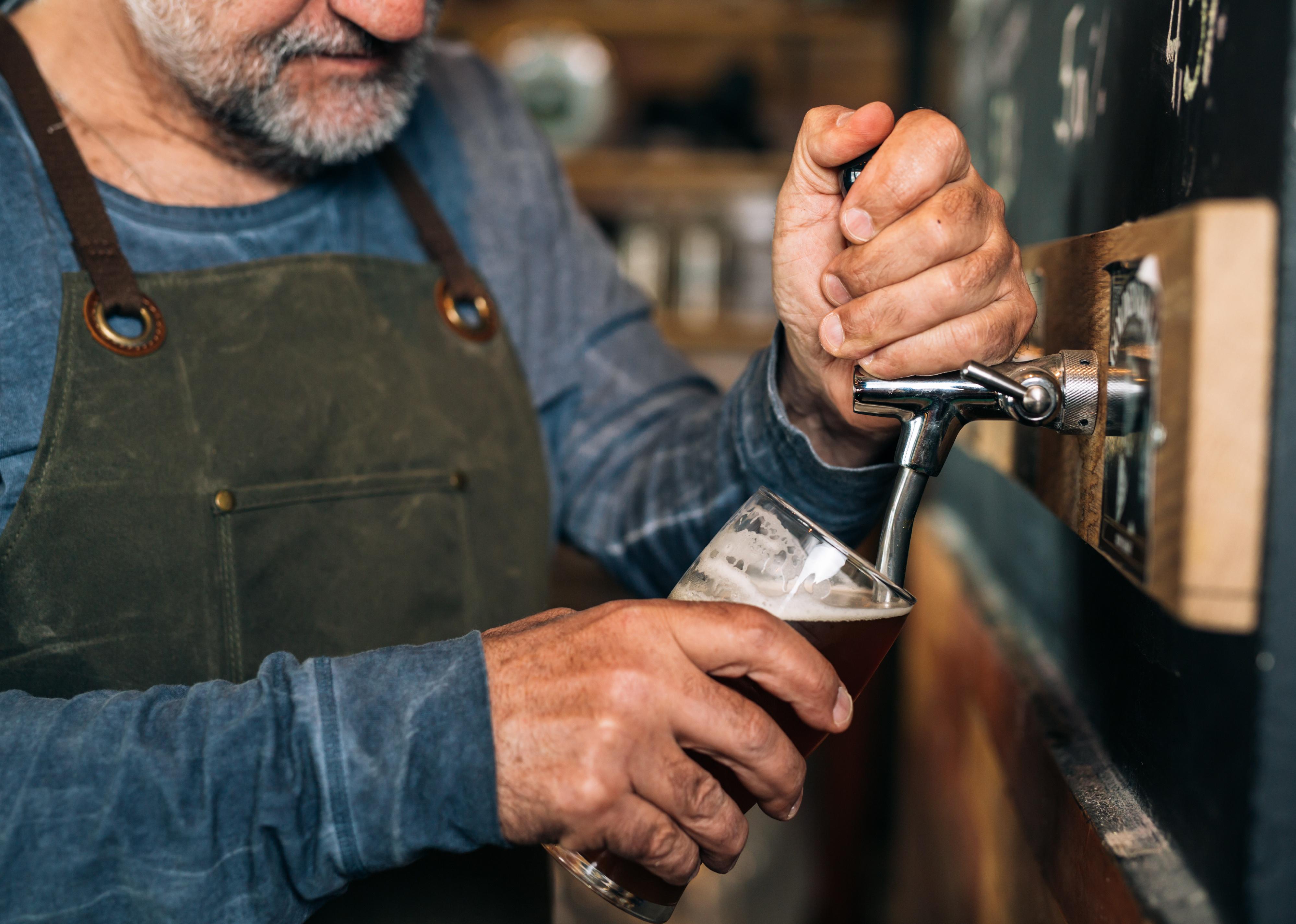 Brewed with a three vanilla bean blend, this stout is complex with tasting notes of sun-soaked dates, raisins, and brown-butter chocolate. It has a chewy, silky body that almost resembles the taste of a thick milk chocolate fudge, with a secretly surprising blackberry flavor with each sip. "If you love vanilla, then this one is a must-have right now," said a Beer Advocate reviewer. 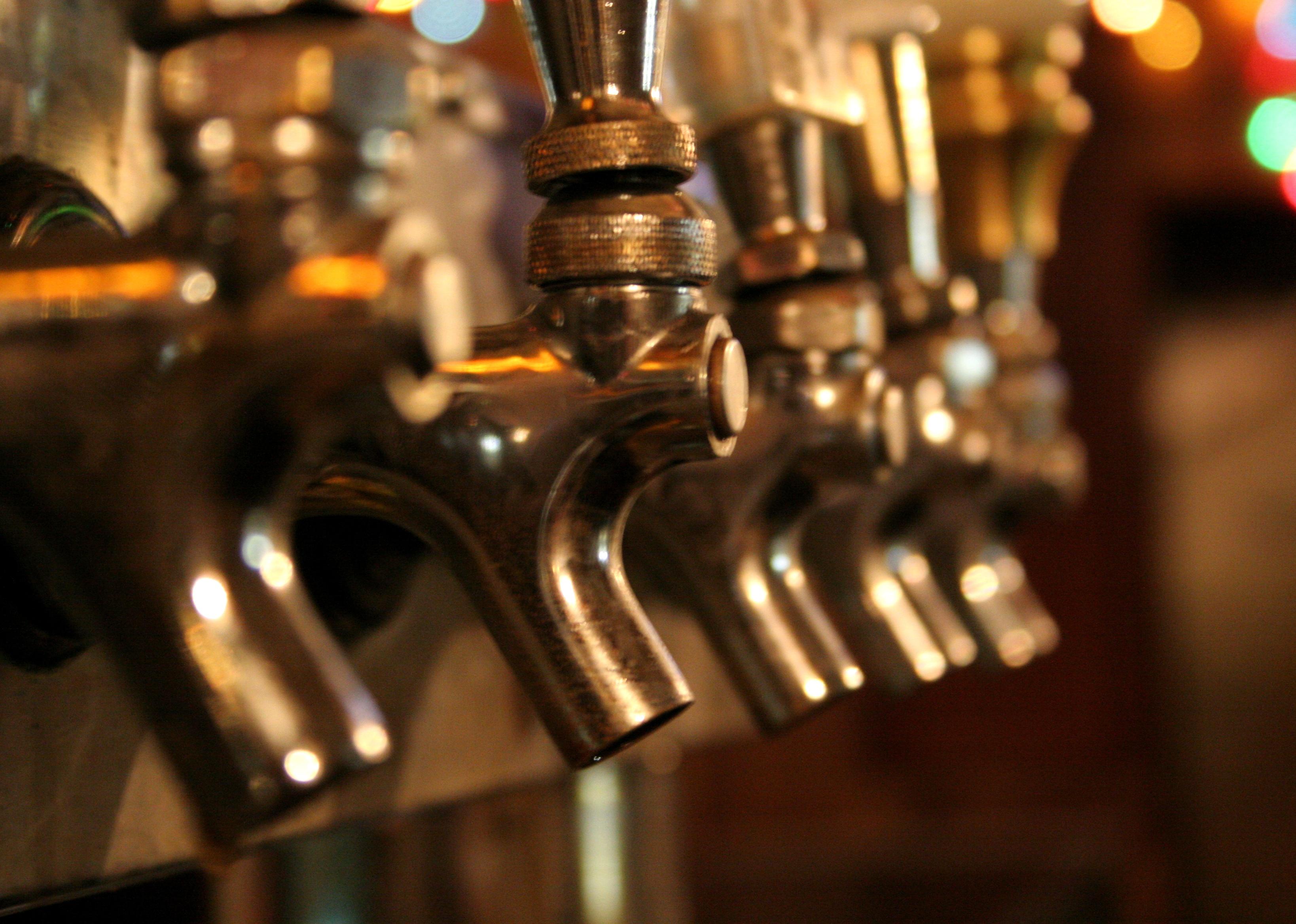 Fremont Brewing Company offers a special edition oatmeal stout by blending different brew ages, all soaked in 7- to 12-year Kentucky bourbon barrels. Mixing oatmeal stouts that have been brewed for 24, 18, 12, and 8 months, this beer has a deep black color with notes of toffee, vanilla, coconut, and cacao. Beer Advocate reviewers said that the richness and texture of this beer certainly make it a slow sipper. 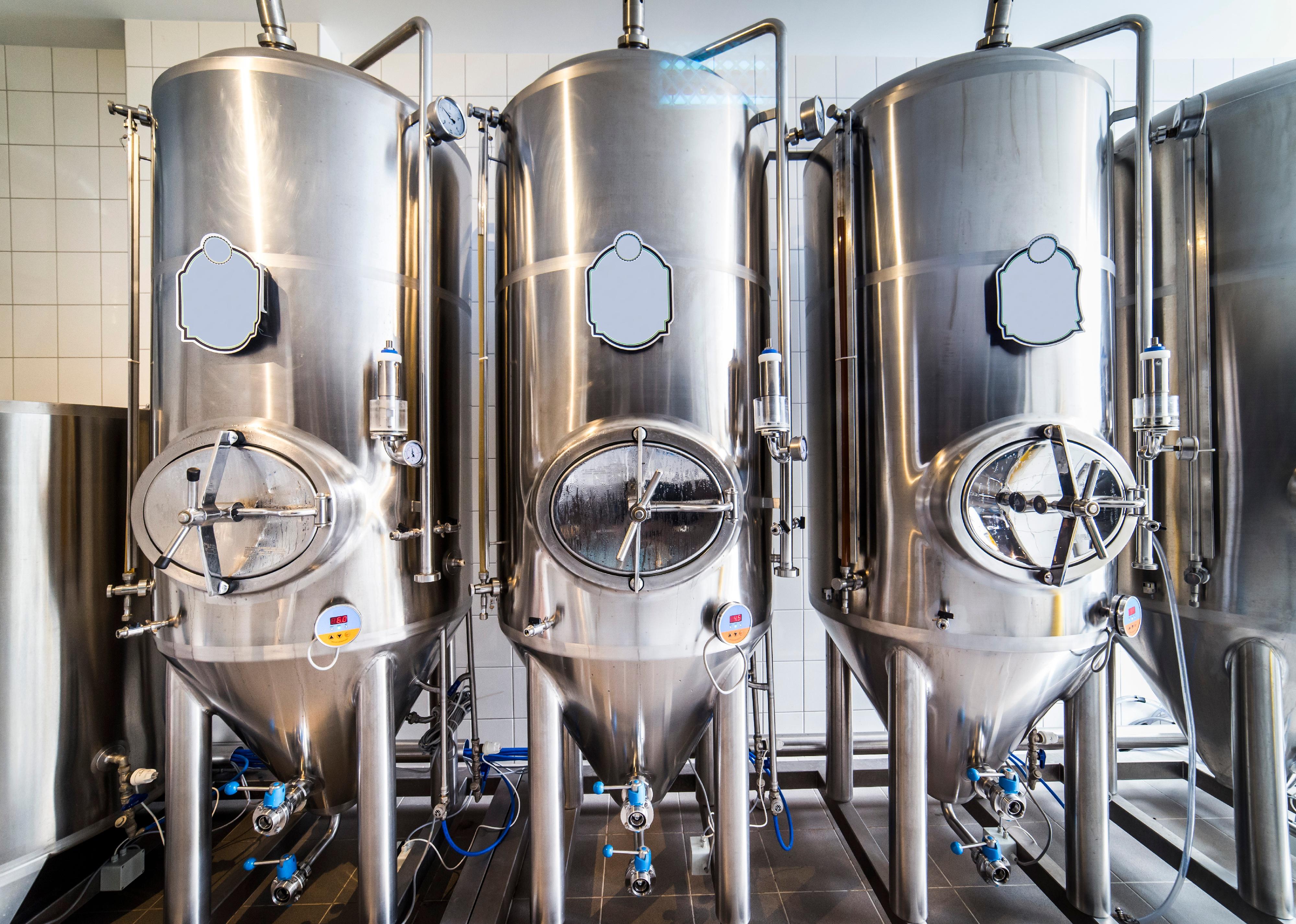 The Green Machine is a uniquely sweet change to the usual high-hops offerings at Tree House Brewing. While it still contains some hops, this beer draws in sweet tropical notes, with tastes of ripe pineapple and citrus fruits. But don’t worry, while this brew does have sweeter notes and a creamy yellow color, Beer Advocate reviewers still call out the "floral hops" and "earthy dankness." 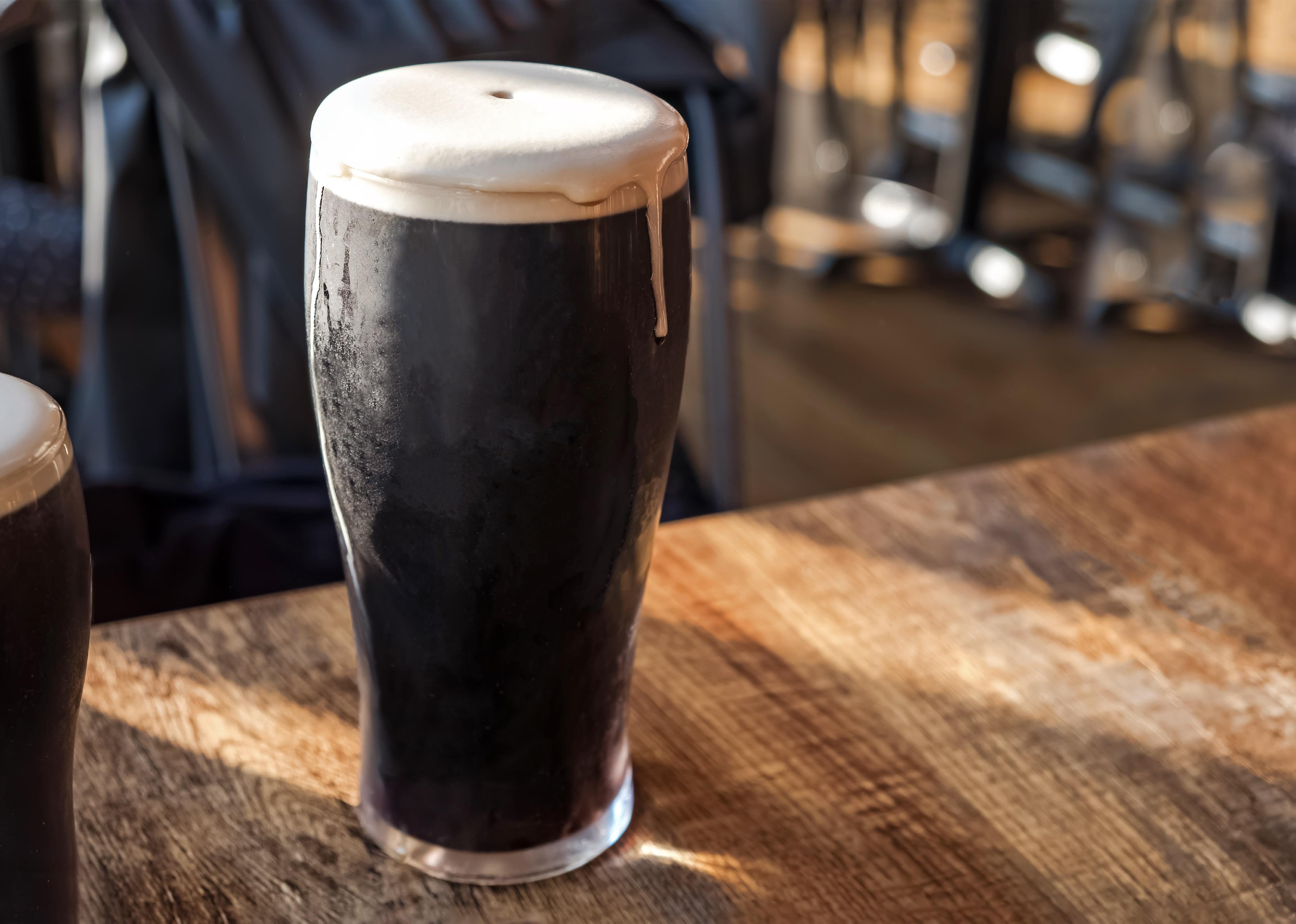 Known as one of the most requested brews in Revolution Brewing’s Deep Woods series, this oatmeal stout is a sweet sipper with notes of dark chocolate, graham cracker, vanilla, and a powerful dose of toasted coconut. One Beer Advocate reviewer said it’s a "home run," and another noted, "I do not even really like coconut in beers and this is unbelievably delicious—just goes to show that Revolution can pull off just about anything." 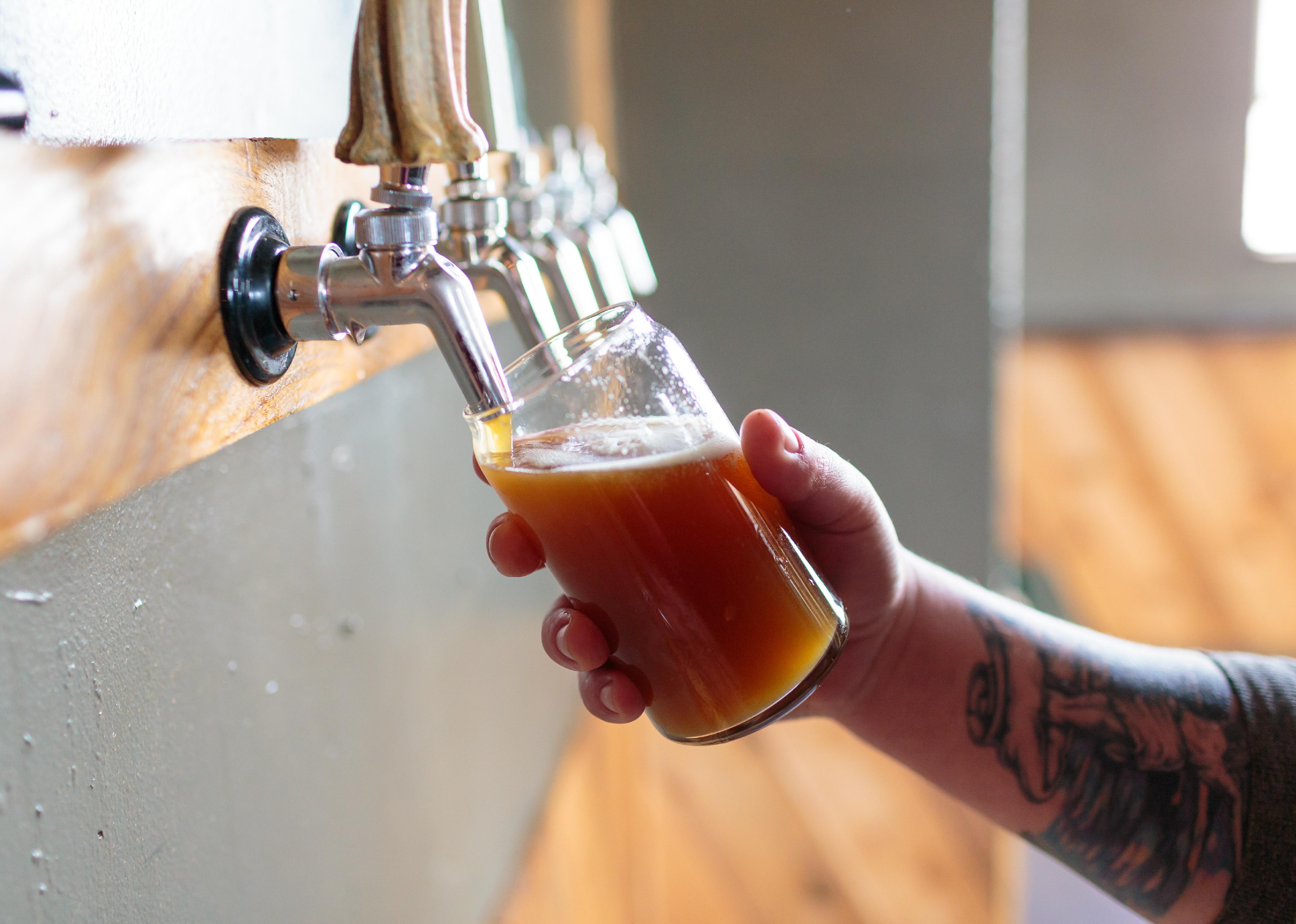 Named after the youngest brother of the family on whose land the Hill Farmstead Brewery rests, the Arthur Foudre is a Saison ale that was brewed in oak foudres for six months and bottle-conditioned since October 2020. Beer Advocate reviewers said this beer has a "light tartness" with citrus, lemony notes that remind you of crisp white wine. Some even claimed it’s the best Hill Farmstead brew they’ve ever had. 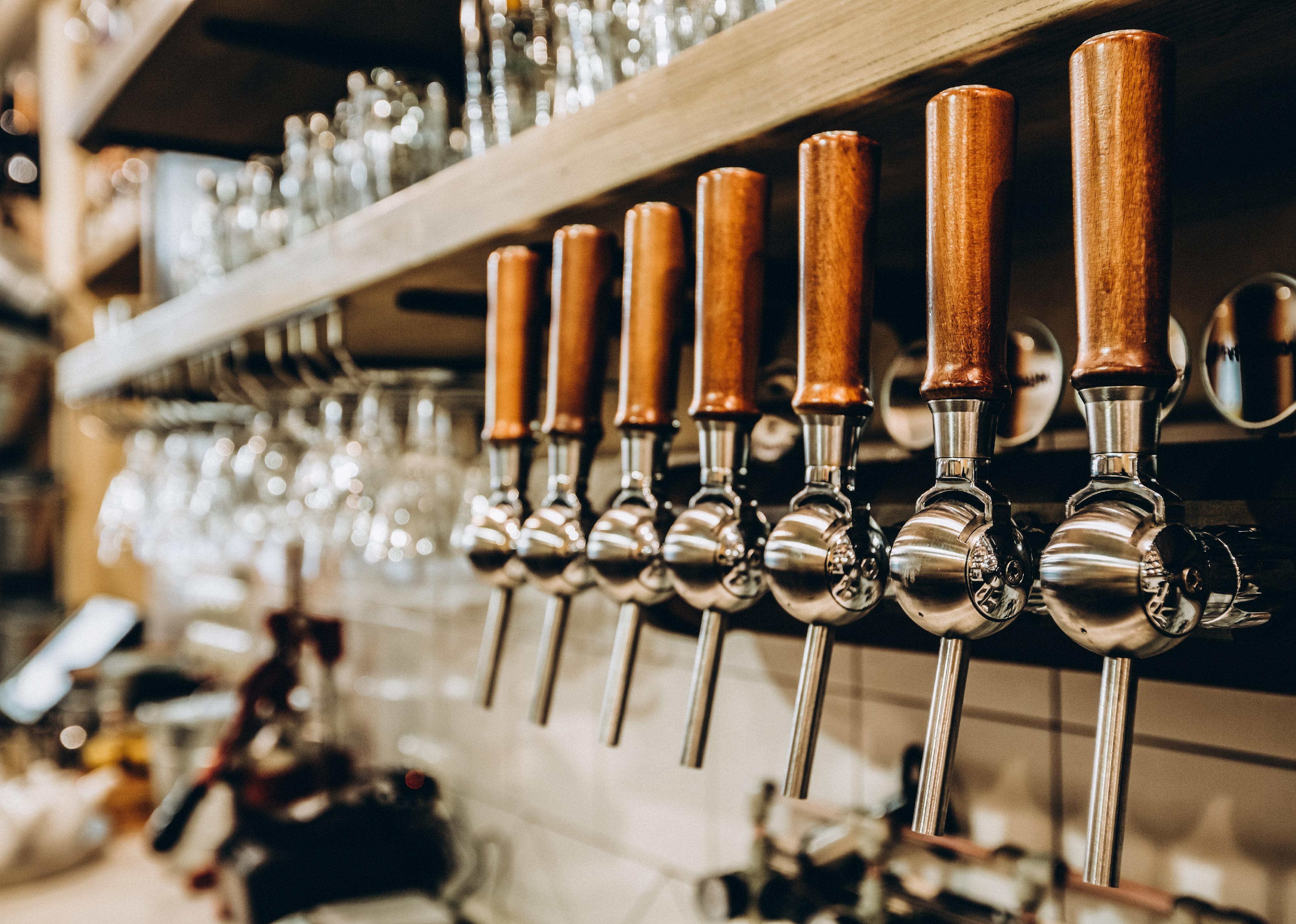 This small-batch Russian Imperial Stout was aged for two years in 14-year-old Old Fitzgerald bourbon barrels and 18-year-old Sazerac rye whiskey barrels, giving it a spirit-forward taste. With flavors of stone fruit, fudge, leather, and peppery spice, this brew is "pretty stellar" and "wonderfully creamy," according to Beer Advocate reviewers. 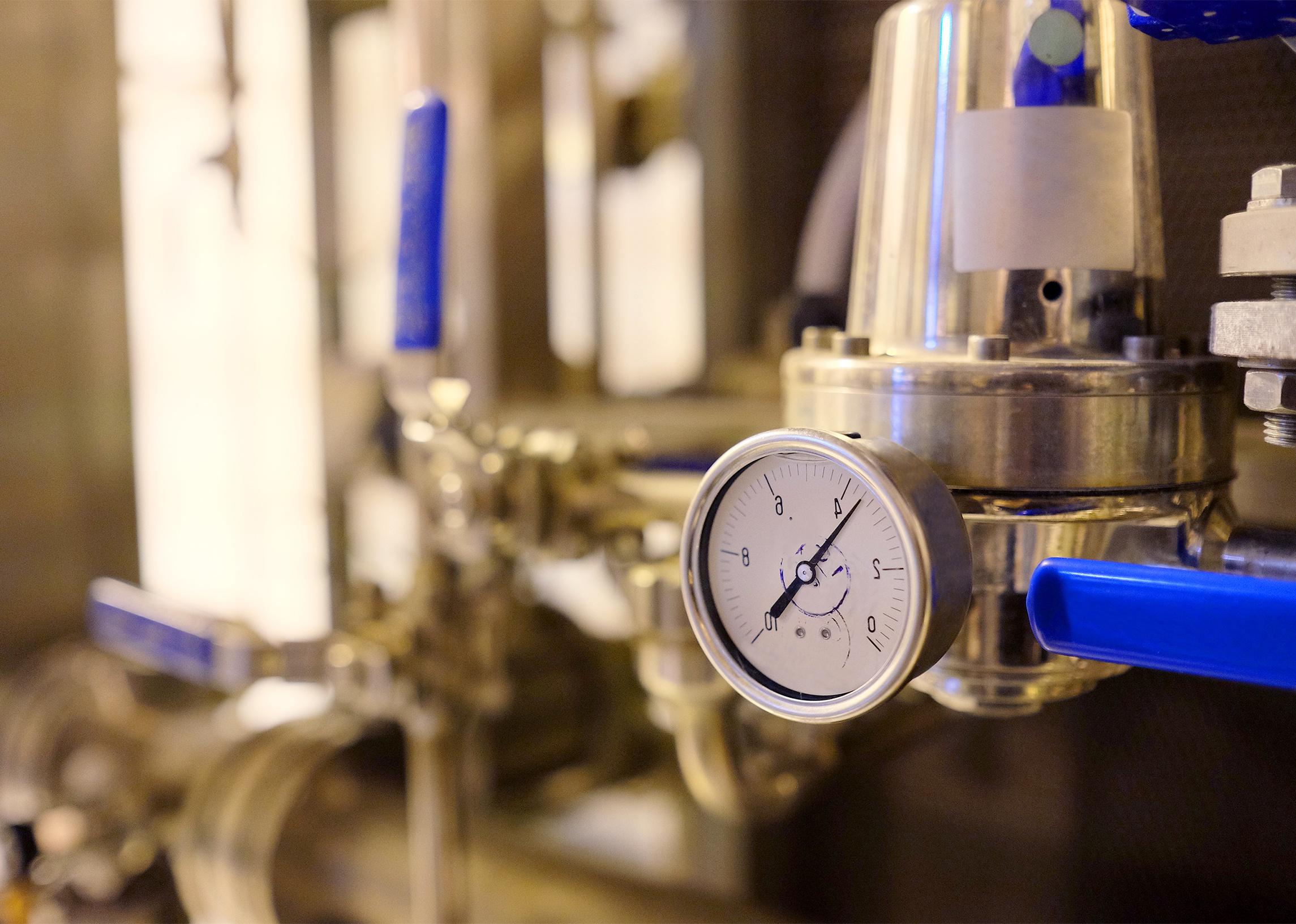 After learning many lessons in its Find the Limit series, Tree House brewed a ridiculously hoppy "green" brew that is saturated with hops, yet flavorful on the tongue. With notes of pineapple and tropical fruit and a short-lived bitterness and balance of sweet and grassy hops, the years researching the best possible hoppy brew were met with applause from many happy drinkers. 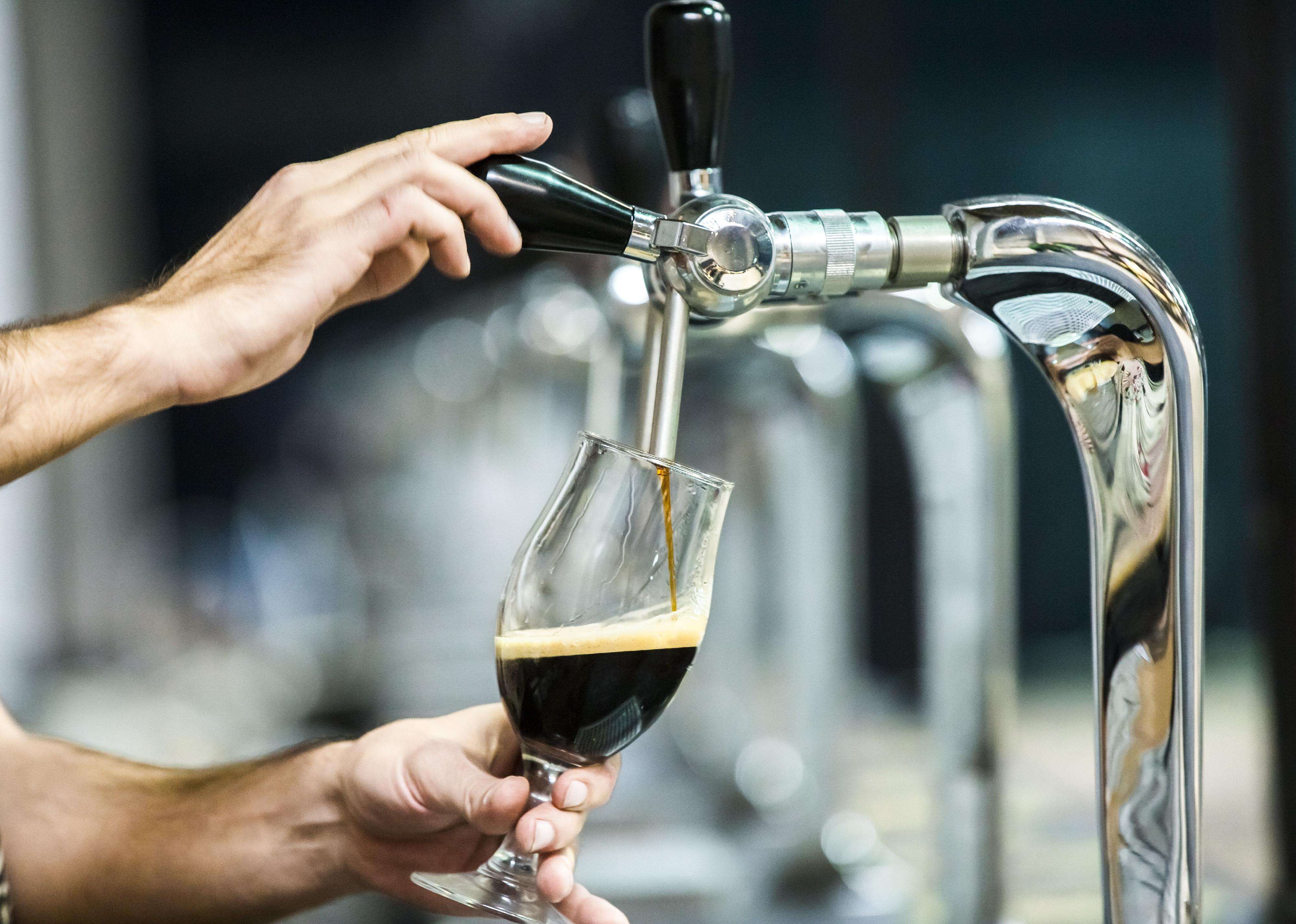 In collaboration with Crooked Stave Denver Taproom, this Imperial Stout was brewed at both breweries and given a final treatment of fresh ground cinnamon with a blend of Madagascar and Mexican vanilla beans. After resting for 25 to 64 months in bourbon barrels, these beers are bottled and make for the perfect symmetry of two stand-out breweries in America. 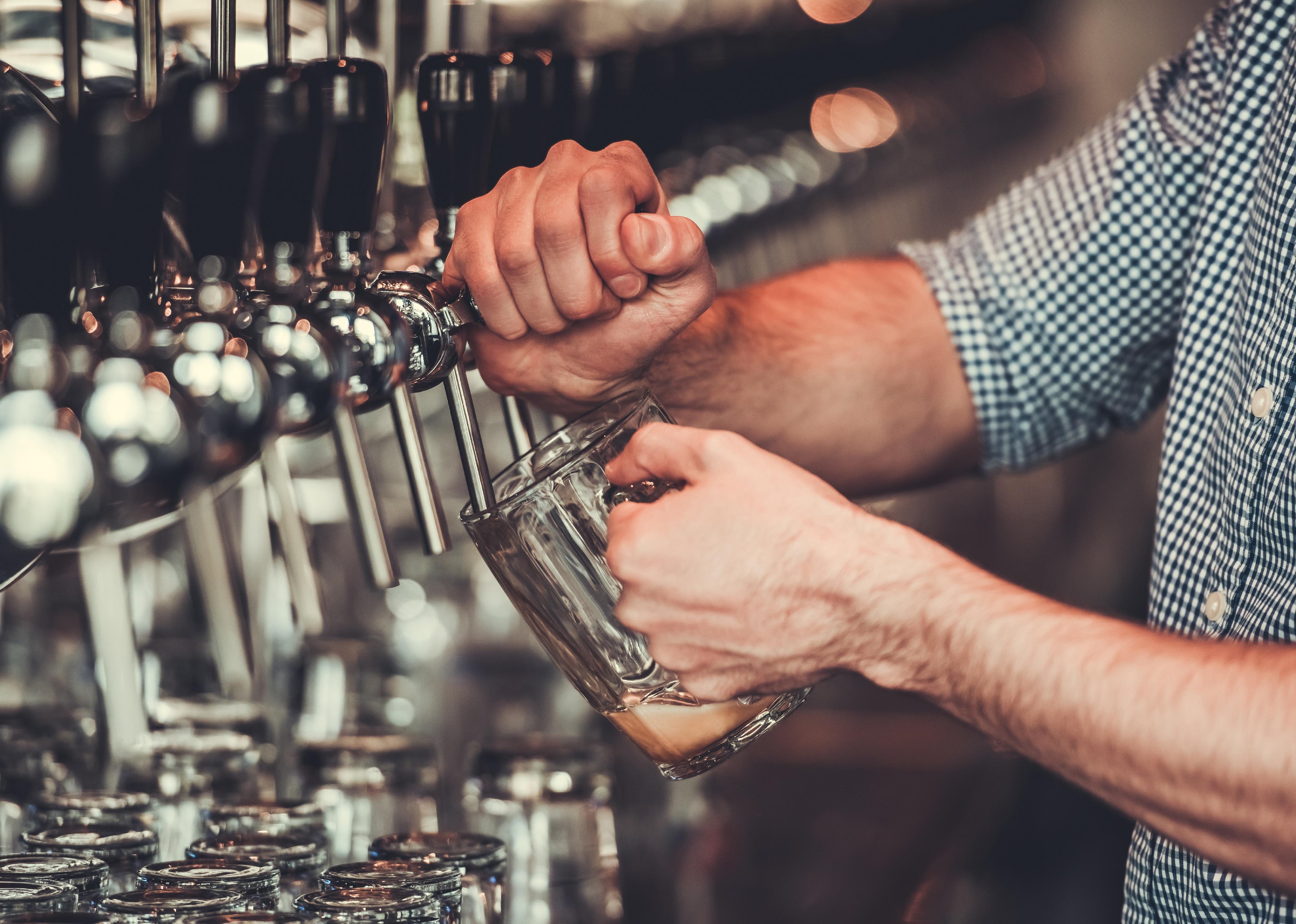 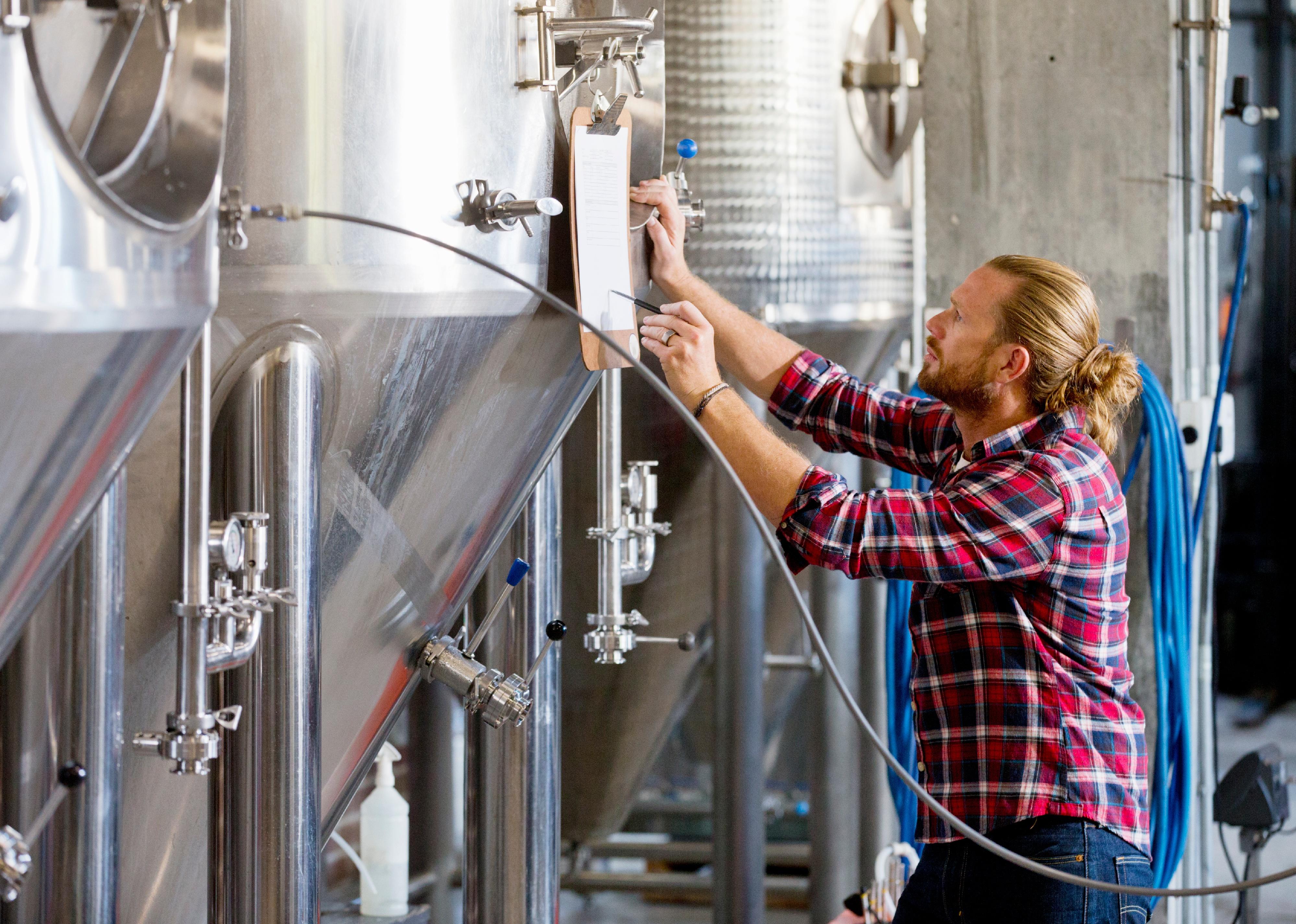 By blending together four years of West Ashley brews, soaked in pinot noir oak barrels with fruit, this beer is a lighter, sweeter alternative to your usual selection of hoppy, sour, and dark beers. With strong notes of apricot in every sip, this light-bodied beer has Beer Advocate reviewers calling it "awesome" and "a cool update on a classic American wild ale." 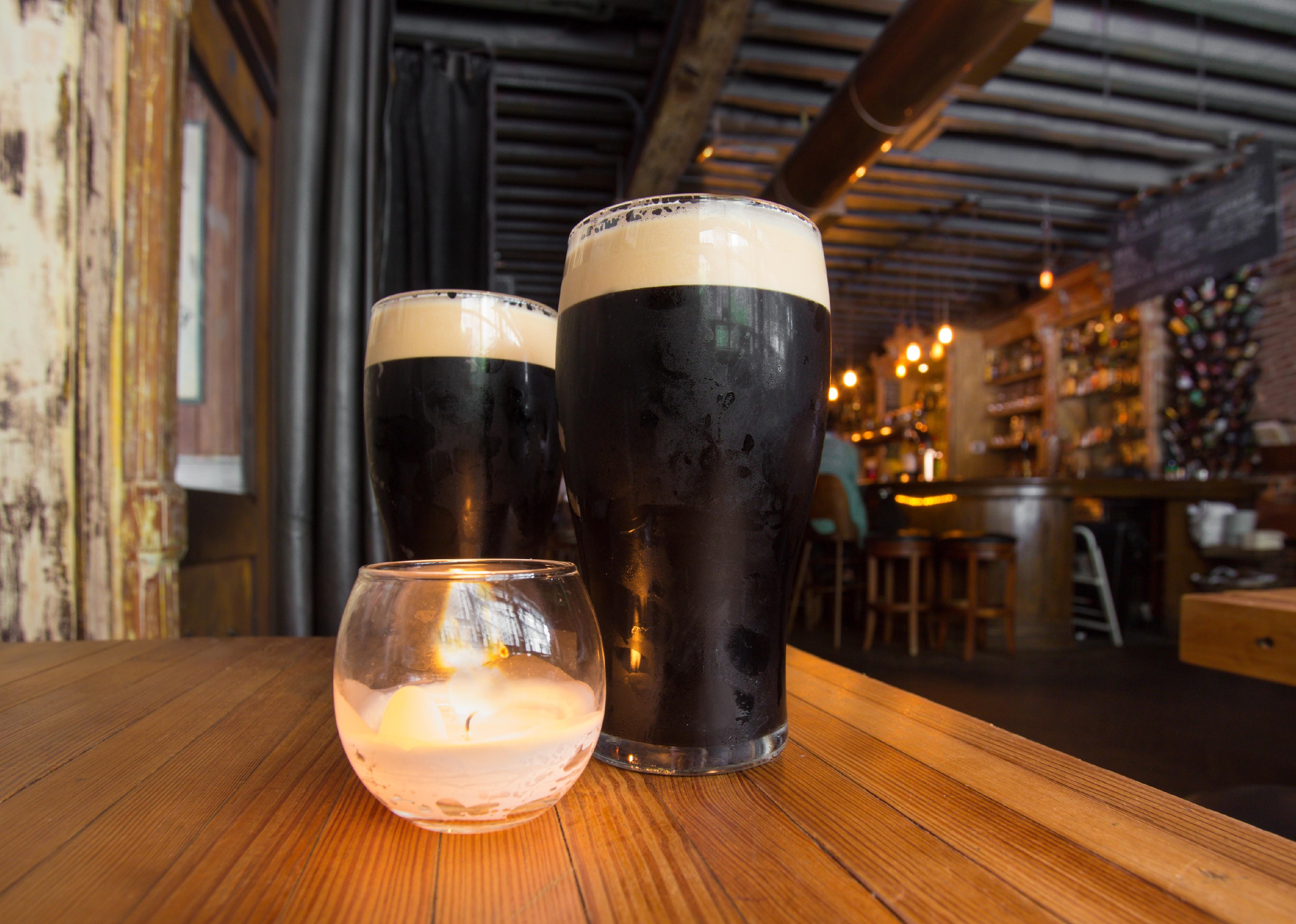 Made with a carefully selected blend of WeldWerks Brewing Medianoche batches, aged between 19 and 34 months, this American Imperial Stout is aged in a variety of bourbon and rye barrels including Sazerac rye, Thomas H. Handy rye, E.H. Taylor bourbon, Blanton’s bourbon, and Elijah Craig bourbon. It is conditioned with toasted coconut flakes and raw coconut chips, then finished with toasted macadamia nuts. 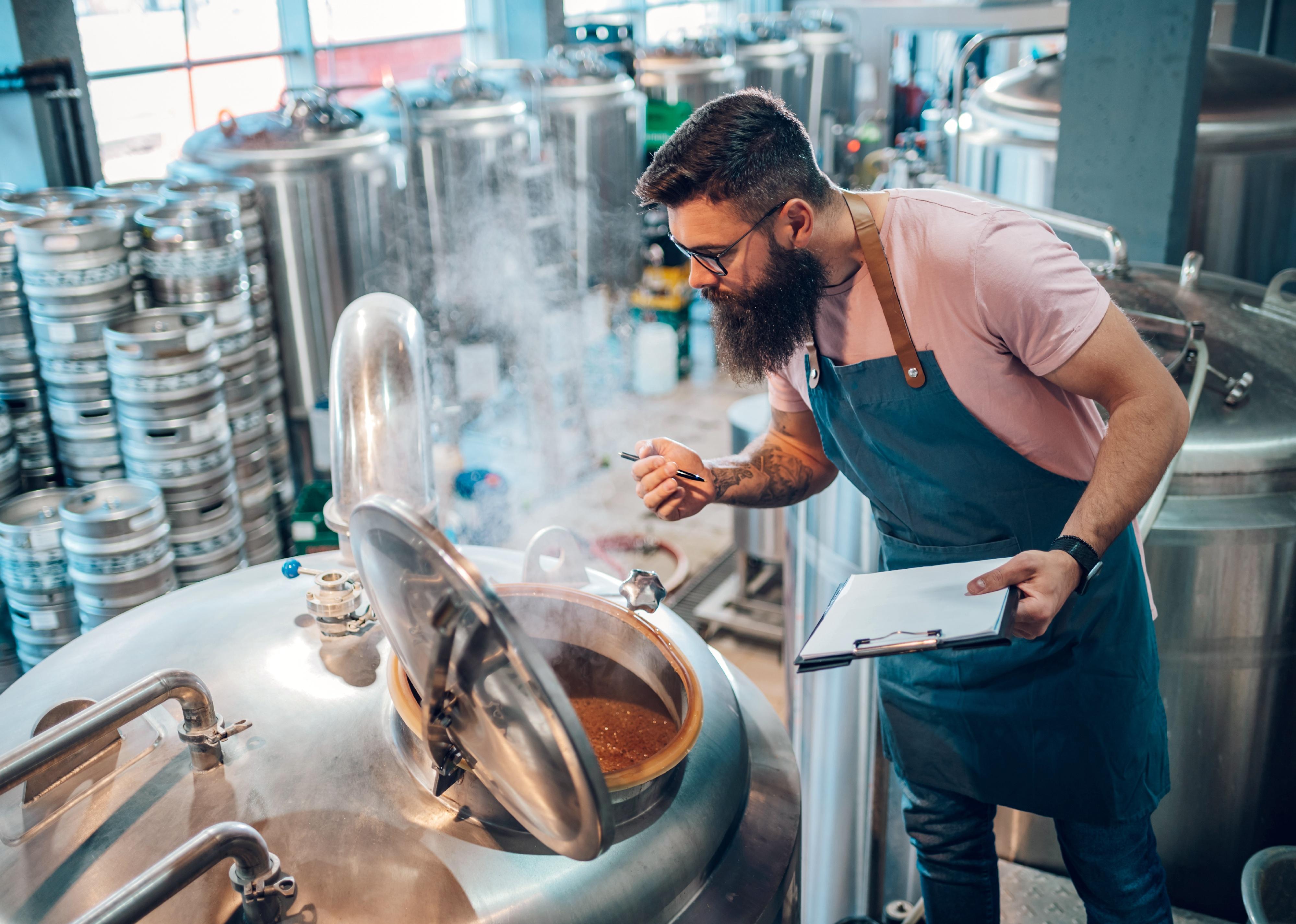 This American barleywine is made with a blend of two different barleywines that have been aged in Woodford Reserve malt whiskey barrels, Weller and Blanton bourbon casks, and Heaven Hill Rye and Sazerac Rye casks, then cold-conditioned in stainless steel before being blended together. Beer Advocate reviewers report notes of raisins and other dark fruits, toffee, and toasted oak and vanilla. Some even compare it to a Fig Newton! 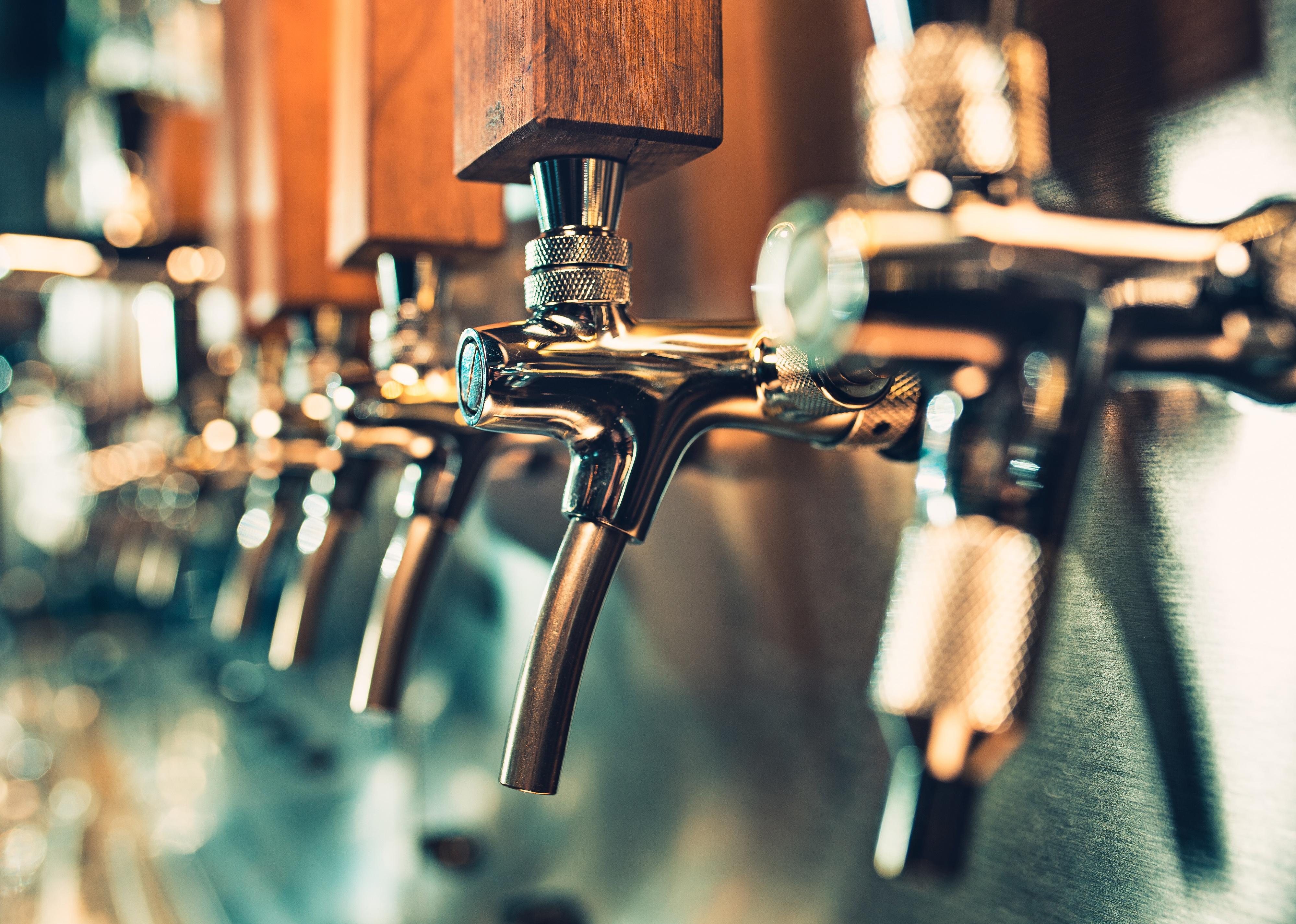 Aged in a variety of barrels to give it a complex flavor, this barrel-aged American Imperial Stout features notes of toasted coconut, coffee, vanilla bean, and freshly ground cinnamon. Beer Advocate reviewers rave about this one, calling it "absolutely incredible" and "very tasty stuff." One even compared it to a rich Mexican hot chocolate coffee! 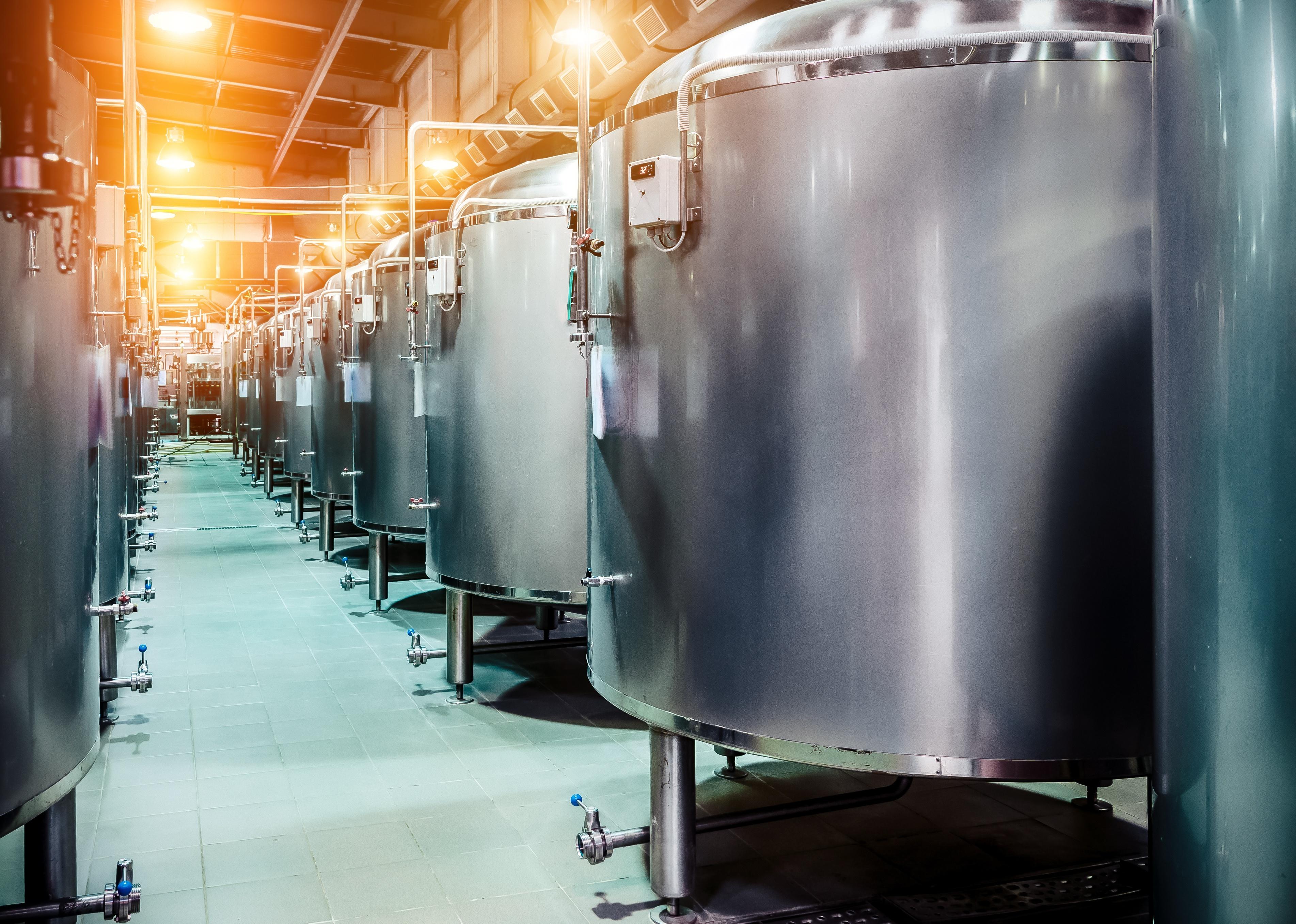 Side Project Brewing takes second place AND the crown for the best new beer in the world thanks to its outstanding Beer:Barrel:Time stout. Brewed three different times in three different barrels for 18 to 42 months, this rich brew contains layers of flavor that have Beer Advocate reviewers calling it "the purest expressions of base Imperial Stout and barrel you’re sure to find." This stout contains notes of cocoa, anise, dark fruits, and molasses, with a rye finish that has multiple sippers calling it a "fantastic" brew that can’t be missed.

Two officers hurt in struggle with suspect in Menasha

11 people rescued from ice floes off Door County, including 5 children